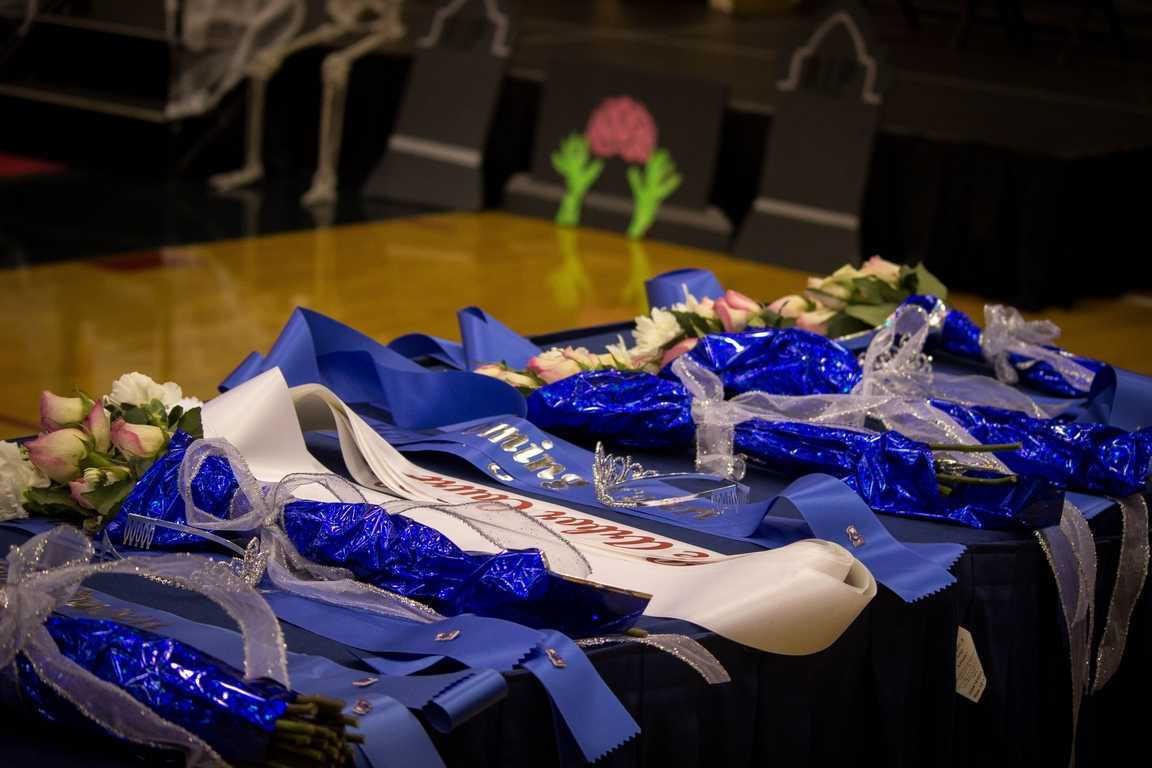 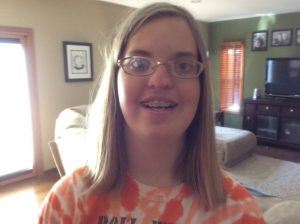 Emma is a senior and part of Pals Club. Her favorite activity outside of school is bowling. Her favorite teacher is Mr. Marks because he is very nice. Her favorite holiday is Halloween, and she is excited that this year’s homecoming theme is Haunted Homecoming. She enjoys to eat pizza, and she is applying to Harper and Judson College.

Kevin is a senior and varsity soccer player. He is also involved in baseball, NHS, NBHS, BPA, Finance 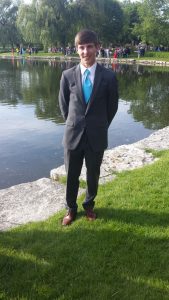 Club, and the recycling program. His favorite parts of the school year are homecoming and prom, and his idea of a perfect homecoming is dinner with friends and his girlfriend Cassidy. His favorite teacher is Mr. Kurfess because he can make anyone smile and has really good tips on how to remember things. His favorite food is burritos; his favorite movie is “Kicking and Screaming,” and his favorite book is “Mississippi” by Anthony Walton. He wants to pursue a degree in accounting at Washington University in St. Louis or Indiana University-Bloomington. 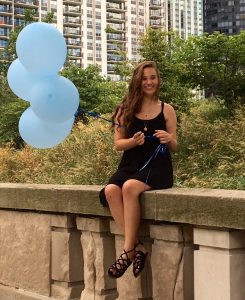 Paige is a senior on the soccer team, and she is also involved in the musical, Tri-M, NHS, peer mediation, and chamber choir. She is also a youth ambassador for the Juvenile Diabetes Research Foundation. Her idea of a perfect homecoming is good music and spending time with her boyfriend, Chase. Her favorite teacher is Mr. Koll because he is energetic, refreshing, and motivating to his students. Her favorite food is Oreos; her favorite movie is “Cheaper by the Dozen,” and her favorite books are “I am Messenger” by Markus Zusak and “The Miraculous Journey of Edward Tulane” by Kate DiCamillo. She wants to attend either Northwestern University, Augustana, or Luther College for a career in music education with a minor in French.

Chase is a senior and varsity starting pitcher on the baseball team. He plays the Rooster in this year’s 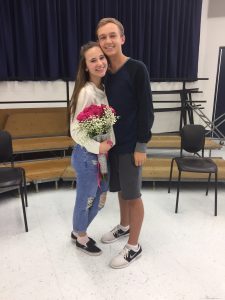 musical, “Annie,” and he played Troy in “High School Musical” last year. His perfect homecoming is with his girlfriend Paige. His favorite teacher is Mr. Koll because he has taught Chase lessons for the future. His favorite food is B-dubs boneless medium; his favorite movie is either “The Sandlot” or “The Prestige,” and his favorite book is “Chasing Lincoln’s Killer” by James L. Swanson. An interesting fact about Chase is that he was ‘friend zoned’ for five years before Paige finally gave him a change, and they have been together for 7 months. In the future, Chase wants to attend Augustana or Illinois Wesleyan University to study secondary education. 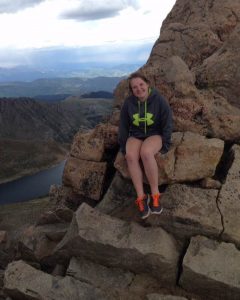 Cate is a junior on the varsity basketball team, and she is also involved in Operation Snowball, digital democracy, peer mediation, and athletic training at CHS. Her idea of a perfect homecoming is a night filled with friends, food, and laughs. Her favorite teachers are Mr. Kurfess and Mrs. Spizzirri because they care so much about their students and can make class interesting. She likes to eat blueberries; her favorite book is “The Book Thief” by Markus Zusak, and her favorite movie is “Paul Blart: Mall Cop.” An interesting fact about Cate is that she has titanium rods in both her shins. In the future, she hopes to study biomedical engineering or genetics at the University of Wisconsin, Madison.

Dylan is a junior and the co-founder of Service Club. He is also involved in JCC, Digital Democracy, 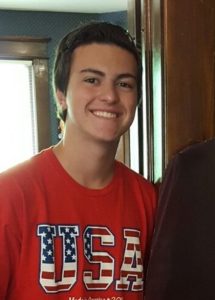 The Crier, and NHS. He enjoys cooking and watching Netflix, and he is currently enrolled in the Cougar Perk bakery class. His idea of a perfect homecoming is a night filled with good food and friends. His favorite teacher is Ms. Pinto because she makes chemistry fun. Dylan’s favorite food is french fries; he loves reading thrillers, and his favorite movie is “Tommy Boy.” He hopes to attend Northwestern or New York University to pursue a career in history education. 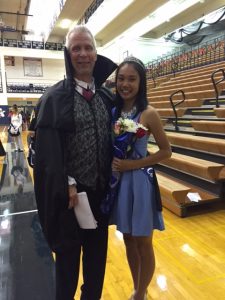 Abigail is a sophomore on the volleyball and JV track team. She is Filipino and Chinese. She is also involved in Tri-M, a music honors society, at CHS. Her idea of a perfect homecoming is a night of dancing and good music. Her favorite teacher is Ms. Lofdahl because she is very charismatic and pushes her to become a better musician. She also says Mr. Borczak is the best track coach ever. Her favorite food is anything her grandmother makes, and her favorite book is “The Little Prince” by Antoine de Saint-Exupéry. She’s not sure about what she wants to do when she gets older, but she wants to be successful and happy.

Alex is a sophomore on the varsity wrestling team. He says he is thankful for how great CHS is. His 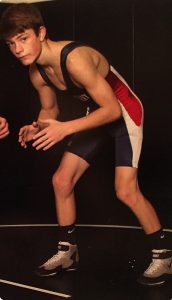 favorite part about CHS is his wrestling team because he can connect with his team and loves to compete. His idea of a perfect homecoming is dinner and pictures with a group of friends, and dancing with his girlfriend Michaela. His favorite teacher is Mr. Kurfess because he is a role model to him. He says Mr. Kurfess is always happy and always in a good mood, and that’s how he’d like to live his life. In the future, Alex wants to pursue a career related to mathematics. 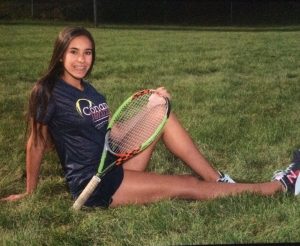 Juliana is a freshman on the tennis team. She loves to paint and is also a part of Operation Snowball at CHS. Her idea of a perfect homecoming is lots of dancing with plenty of friends, and her favorite teacher is Mrs. Aubin because she knows how to make learning fun. Her favorite food is pasta. Her favorite book is “Will Grayson, Will Grayson” by John Green and David Levithan. In the future, Juliana wants to be a speech pathologist at an elementary school.

Ross is a freshman on the football team, and he plans to try out for basketball and 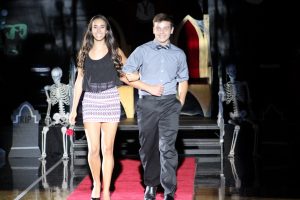 baseball. His idea of a perfect homecoming is a fun night with his friends. His favorite teacher is his football coach Mr. Sobey because he’s a leader, he listens, and he’s an “insanely good” football coach. Ross also holds a record of eating the most chicken nuggets in his friend group. Ross’s favorite food is fettuccini alfredo; his favorite movie is “The SpongeBob Movie,” and his favorite book is “Heat” by Mike Lupica. Ross is not sure what he wants to do in his future, but he knows it involves either Notre Dame or Indiana University.