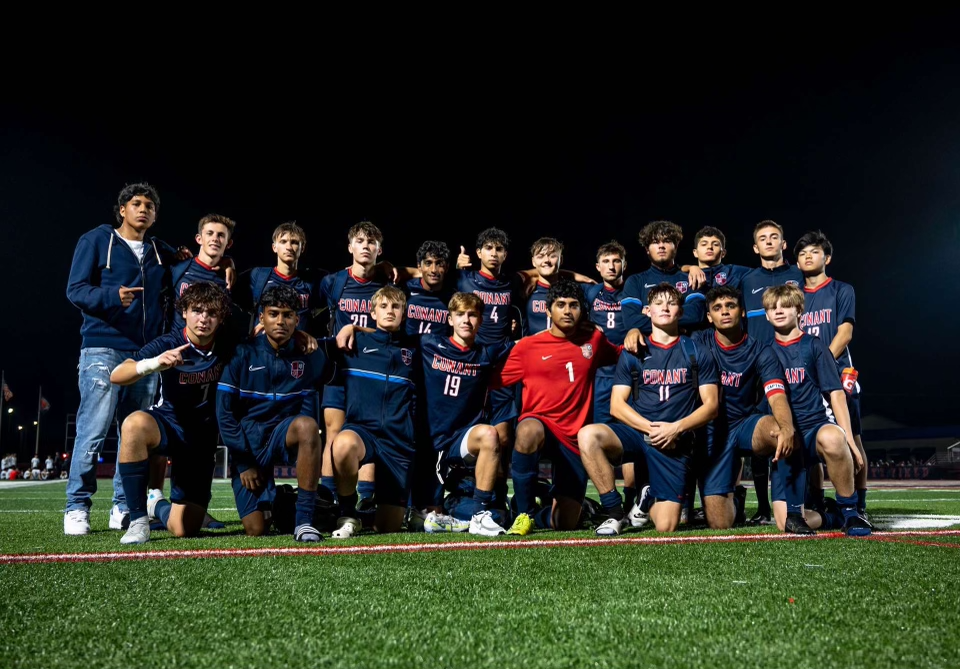 The boys’ varsity soccer team poses for a picture after beating Schaumburg 5-3.

heir first MSL West conference game of the season, the Conant boys’ varsity soccer team put together a win against Schaumburg. The team’s ability to recover after being down at different times throughout the first half was crucial in achieving the 5-3 win.

“The atmosphere last night was the best we’ve seen at a Conant soccer game in a long time,” center back and co-captain Aarav Raina, ‘23, said. “I think the packed fan section gave us great motivation to keep playing as hard as we could. I’m especially proud of how the boys fought back last night, and I think it shows how we’ve matured as a team after a rough season last year.”

Including their 5-0 win against Highland Park High School on Monday, the boys currently hold a 2-0-0 record. Next week, they will compete to maintain their record in a cross-conference tournament in Streamwood. Their next conference game will be at Fremd on September 6.

“Overall, it was a great start to the season against our rivals, but we do have things to work on for bigger games ahead,” Raina said.

Maria is a Features Editor for the Conant Crier and is a junior. This is her second year on the Crier staff. She plays soccer at Conant and does travel soccer at FC United. Outside of school and soccer, Maria likes to bake, watch Netflix, and listen to music.