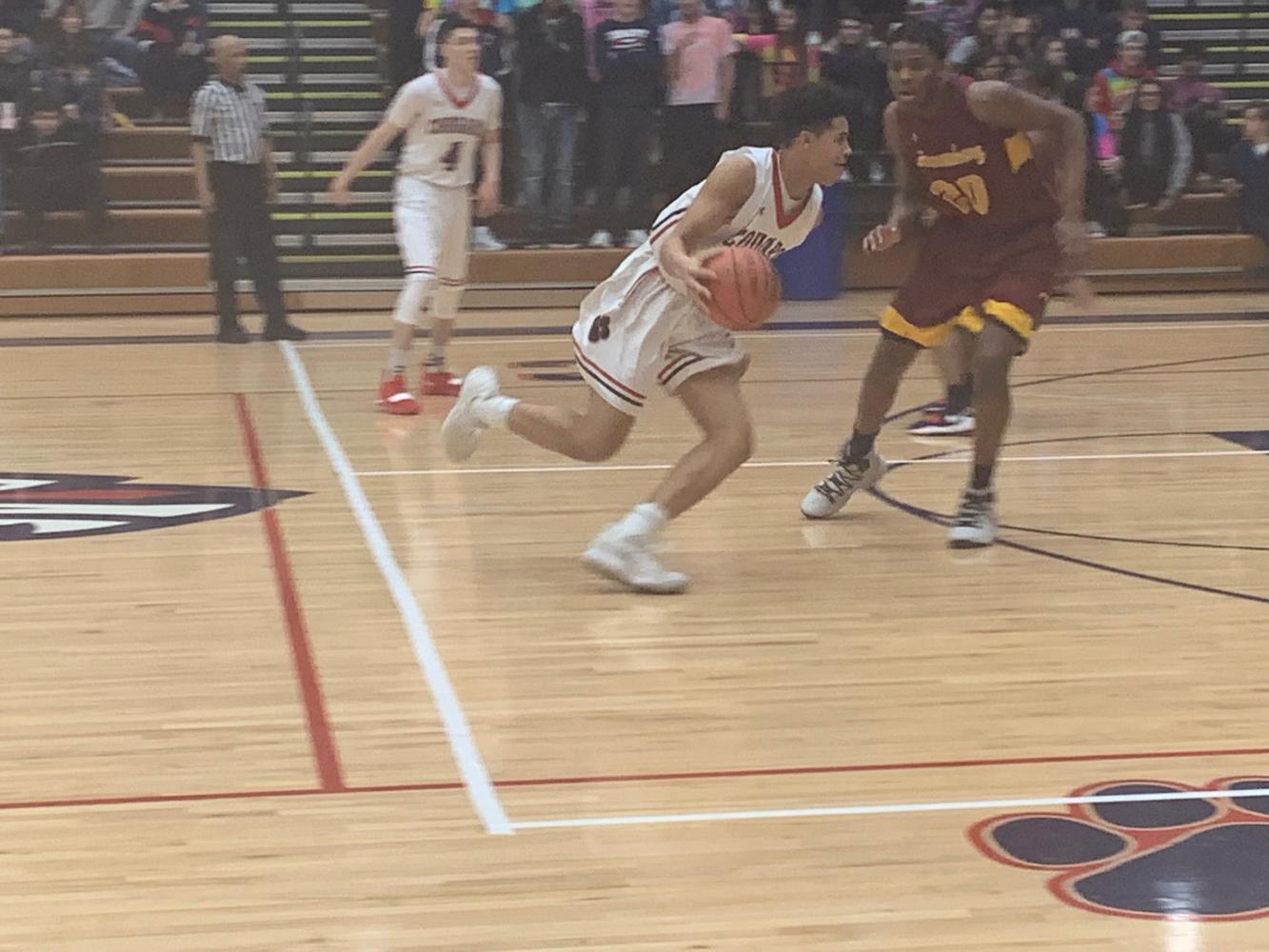 Forward Devon Ellis, ‘21, attempts to dribble past a Schaumburg defender. The Cougars lost 45-41 to Schaumburg on Friday.

Coming into Friday’s matchup, the Schaumburg Saxons were tied for first in the MSL West with a 5-1 record and an overall record of 15-5. The Saxons continued their strong season on Friday as they beat the Cougars at Conant 45-41.

“I thought we came ready to play today,” head coach Jim Maley said. “I thought our last conference game [a 64-47 loss to Hoffman Estates] was our worst game of the season. I thought we bounced back pretty well. They’re a pretty good team, and we did what we wanted to do. We just came up a couple shots short.”

With 20.2 seconds left, the Cougars got the ball back after a missed free throw from Schaumburg guard Heze Trotter, ‘19, down 43-39. It took the Cougars over 15 seconds to get a shot off, during which captain and guard Anthony Wachal, ‘19, was fouled. Wachal made his two free throws, but with only 2.8 seconds left in the game.

Guard Ranier Roque, ‘19, said, “It took us a while [to attempt a shot]. I know they were playing tight, but we were just having a hard time getting a shot off. I feel like we were a little too scared of taking that shot. We don’t really have that one guy that can create a three or create like a quick bucket. Maybe inside the post with Raj or Devon, but we really didn’t have that one guy to take that last shot, so we need to do a better job of that.”

Forward Raj Mittal, ‘19, was the Cougars’ leading scorer at 13 points.

Friday’s game was the last Friday home game of the season. Roque said, “It was really emotional. I’ve been in the program for four years, and I’m really going to miss. There’s no better feeling than coming out to play in front of our fans, and it’s just a great experience every time. I just want to thank the fans for everything they do for us.”