The Crier Inquires: Did Rod Blagojevich deserve to have his sentence commuted?

On Tuesday, former governor Rod Blagojevich was released from prison early by President Trump. Before his sentence, he was the governor of Illinois for 9 years. He was arrested on charges of several white collar crimes, the most well known being an attempt to sell a seat in the Senate. Following multiple trials, he was convicted and sentenced to 14 years in prison in 2011. He had served about eight of the appointed fourteen years when President Trump commuted his sentence.

The Crier sought the opinions of various teachers to see what they thought about this new political controversy. 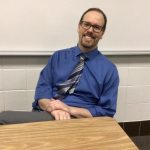 David Jonen, A.P. World History teacher – “I think I don’t believe he deserved, necessarily, to be released early. He’s shown no remorse for crimes a jury convicted him of. And though it’s been hard on his family, there are many, many people in prison whose families suffer more than perhaps the former governor’s family. They [the other families] haven’t received any special treatment from the president.” 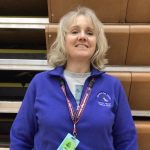 Mary Gosche, Assistant P.E. teacher – “I think it’s wrong. I think he’s guilty, and even though he did serve some of his sentence, there’s no reason he should have been let out by the president without admitting any wrongdoing. That’s the main thing; even though there is so much evidence [against him] that they convicted him.” 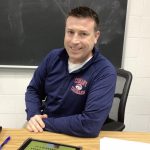 Bryan Stortz, Math teacher – “So, he served eight of the fourteen. I think that there are a lot of people that get out early for certain [crimes], but in this case, I’m not quite sure that the reason he’s getting out early justifies why. I think there’s some stimulating factors that are going into this. Usually, the other people would get out because they are out on good behavior or they had served some other type of service while they were in [prison]. And it doesn’t seem that those are all of the facts as to why he got out early. So I think that there are some things that we haven’t looked at there.” 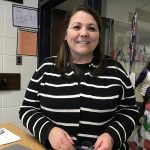 Heather Doan, Spanish teacher – “It is surprising that he was released. It seems as though there wasn’t a really good explanation as to why he was released early, so there’s some confusion as to why he was pardoned or shortened. So, those reasons are why I find it disappointing. I would appreciate more information about how that decision was made and why that decision was made.”