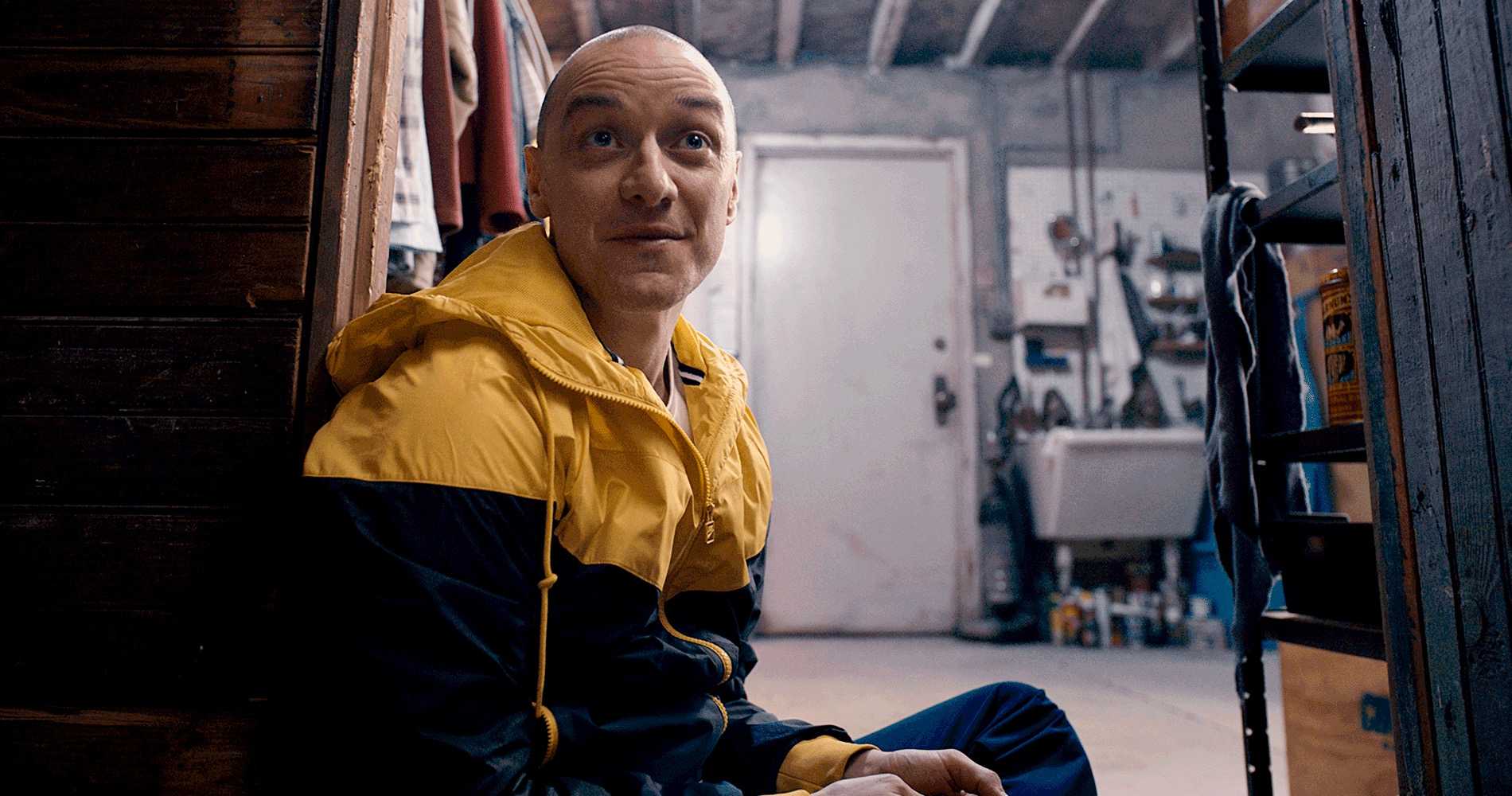 James McAvoy as "Hedwig," one of his character Kevin's 23 distinct personalities

Kidnapping thriller movies are hardly a new concept, coming out every couple years with the same old plot lines of abduction and mystery. Despite the repetitive concept, filmmaker M. Night Shyamalan does a phenomenal job of creating a satisfying thriller horror film,“Split.” Shyamalan also directed hit thrillers such as “The Sixth Sense” and “The Village,” and “Split” proves to live up to his other box office winners.

The movie begins with three teenage girls–Claire, Marcia, and Casey–being abducted by Kevin Wendell Crumb (James McAvoy). Kevin suffers from dissociative identity disorder (D.I.D.), which occurs when a person has multiple distinct personality states, and is in one of his alternate personalities, “Dennis,” when he kidnaps the girls. Jumping to the kidnapping right away gives viewers very little background information about the characters, adding suspense because viewers are left guessing about the kidnapper’s strange past.

Although the main character is Kevin, the movie also includes an intertwined background story about Casey and her traumatic past shown through flashbacks. While it may seem random to include her story in the plot, it actually fits perfectly with the theme of horror and trauma. You can see the connection of Kevin and Casey’s past develop throughout the film, which adds an interesting twist to the thriller.

Most of the time when it comes to thriller movies, the focus tends to be on the horror and production, but “Split” has a very well-developed plot line and a nice fear factor. Kevin’s story is revealed mostly through his visits with his psychiatrist, Dr. Fletcher. Through Dr. Fletcher, the audience creates an emotional connection with Kevin and his condition. It is the most intriguing part of the movie because the audience is always left wondering whether you want to trust the good in him, or believe that he is inherently evil because of his darker personalities. Unfortunately, the movie takes a saddening supernatural turn late in the film while depicting Kevin’s 24th personality.

The movie is also humorous at times, which is quite different from most thrillers. Besides “Dennis,” another personality named “Hedwig” often comes out “in the light” to control Kevin. “Hedwig” claims to be a nine year-old boy, and it was peculiar to see a grown man assume this role; however, “Hedwig” often lightens up the scene with his innocence and childlike humor.

Perhaps the most outstanding part of the entire movie is McAvoy’s acting. The movie would have collapsed without his phenomenal ability to change his character and depict what a patient suffering with D.I.D. would actually act like. His changes from personality to personality are highly realistic, which makes his character more frightening and the movie more thrilling. His depiction of Kevin and the other personalities makes the audience believe that all of the personalities do mean something and have a purpose, which is the internal conflict within the film.

Overall, the twists and intriguing plot line make “Split” much better than your average abduction movie.