‘The Rise of Skywalker’ means the fall of Star Wars franchise

Yes, I get it… it’s late, but I do feel it is still kind of relevant. I had the pleasant experience of watching this film in a nearly empty theatre with some decent seats, not uncomfortable, so that was nice. However, that is besides the point.

I enjoyed the film, but I still have many issues with it, so I’ll just start with my score.

It’s fun but also has a lot of issues that drag it down, such as poor dialogue and writing as well. These issues change a lot of what was set up in the rest of the trilogy. 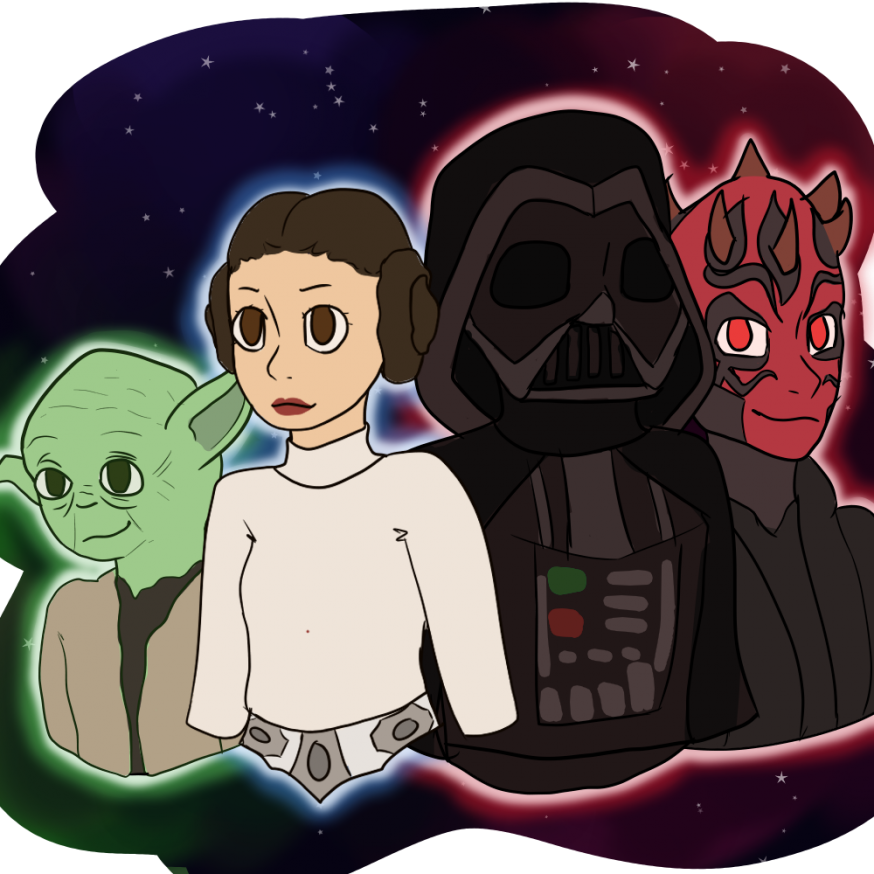 Surprisingly, the practical effects are some of the best I have ever seen. The puppets done for this film are all over, but they don’t look bad at all and you can’t even tell that some are done manually. Props to the puppeteers and people in full body costumes, as they really made them all move realistically. I sympathize with those poor souls in full body costumes during the desert scenes… I can’t even imagine how torturous that would be.

A lot of the actors did amazing and were able to deliver their cringy, or just bad lines, and make them way better. Adam Driver had the best performance. He turned his character around from a whiny brat to something more interesting and deep. In fact, I think Kylo Ren is the only character that was better in this movie than before, so I guess JJ gets 1 point for that one.

I also can’t talk about the acting without recognizing the amazing voice acting as well. Characters that could be forgettable side-monsters are elevated to much more memorable characters that are unforgettable. I have to clump up costume/makeup design and the VFX departments because I have the same to say about them… it all needs nominations this award season.

My favorite part of the film? John Williams’ outstanding score. I love all of his work with “Harry Potter” as a specific favorite. He elevates all of the films he has done and this is no different. While it has some things lacking in it, it still makes the movie so much better.

Now, all good things have to come to an end and this is no different.

Since I’m diving into plot, here this is the final spoiler warning.

Negatives of the film

I think the biggest and worst problem is that, according to Disney, there was no plan going into making the trilogy. For something as big as Star Wars, that is a massive problem and it really shows here.

For instance, JJ has decided to completely ignore what happened in “The Last Jedi,” so anything added is rarely shown, if at all, and it is just pathetic. JJ took zero risks with this film, so it’s just boring. The final battle feels like it was written after “Endgame”… it’s just so obvious it’s what they were going for. I haaaaaaaaate the structure of the first ¾ of the film.

Rinse and repeat this a few times and you have the worst part of the film – its predictability.

I also can’t be the only one who was uncomfortable with all of the “Leah” scenes. The person we see (Carrie Fisher as Leah) is dead. It feels weird knowing it’s not Carrie Fisher there – it’s a holographic image. It seems like there was more “Leah” in this film than in the other two films combined, which seems disrespectful when also killing her off.

In some aspects, the technology is scary since we can imitate a person nearly perfectly from scratch, even when they’re dead. It’s creepy. Not to mention, there are 4 or 5 fake out deaths. What was the point? Anyone could tell they wouldn’t die. I’m not sure if Kylo’s death was a pleasant surprise or just plain stupid.

Finn and Poe are quite possibly the worst written characters I saw last year, and I watched a lot of bad shows and movies. They both started off so promising but now just seem like walking exposition and toys. They do practically nothing for being two of the main trio of this trilogy.

Finn is the worst in this regard, as there is so much you can do with him being a stormtrooper. He could have possibly had PTSD, or knowing others, could have felt conflicted about killing them or not. But in the movie, stormtroopers are just faceless drones with no personalities being mowed down by the dozens. Finn himself just spends the movie looking around, yelling “REEEEEEEEY!!!!” every big “action scene,” or just standing there.

Poe is just boring. He’s written like Tony Stark without any wit or character, and it’s not like the acting with him is bad, it’s just JJ not knowing what to do. It’s clear that he was written so some other writer would have to figure out what to do with him.

The kiss between Rey and Kylo Ren? OH MY GOD, WHY?! It never needed to happen at all and Rey nor Kylo needed love interests. Even if you want Rey to have one, at least let it be Finn or Poe so we feel more tension during the final battle for both of them. I cringed at how stupid it was. I could see it coming from a mile away too – there is no subtlety to JJ’s writing, and it gets so obvious Rey is related to Palptine so it’s no shocker later on. I would expect more from the guy who wrote the first bit of “LOST,” but this is another problem. JJ does not have any idea how to write endings. The whole thing just felt so forced.

For my final complaint, it is that the force now just heals people and brings them back to life. To quote a well written character, “That’s not how the force works,” and it really isn’t. While not being a mega fan of the “Star Wars” franchise when I was younger, I had seen most of the movies and TV shows. I never remember any of that being a part of the force. It just seems like a lazy plot device to make Rey and Kylo seem more strong and powerful than they really are.

To be honest, I could go on and on and on, but was this installment of the franchise bad? In many cases, yes, but I still had a fun time watching it for the most part and do admire the hard work put in by the actors and much of the crew. I just think the problem of this movie was the executive decisions made by Disney, Kathleen Kennedy, and JJ. The script of this film was what really bogged it down.