Students and administrators discuss sex education, respect, and consent in the Time’s Up and Me Too era 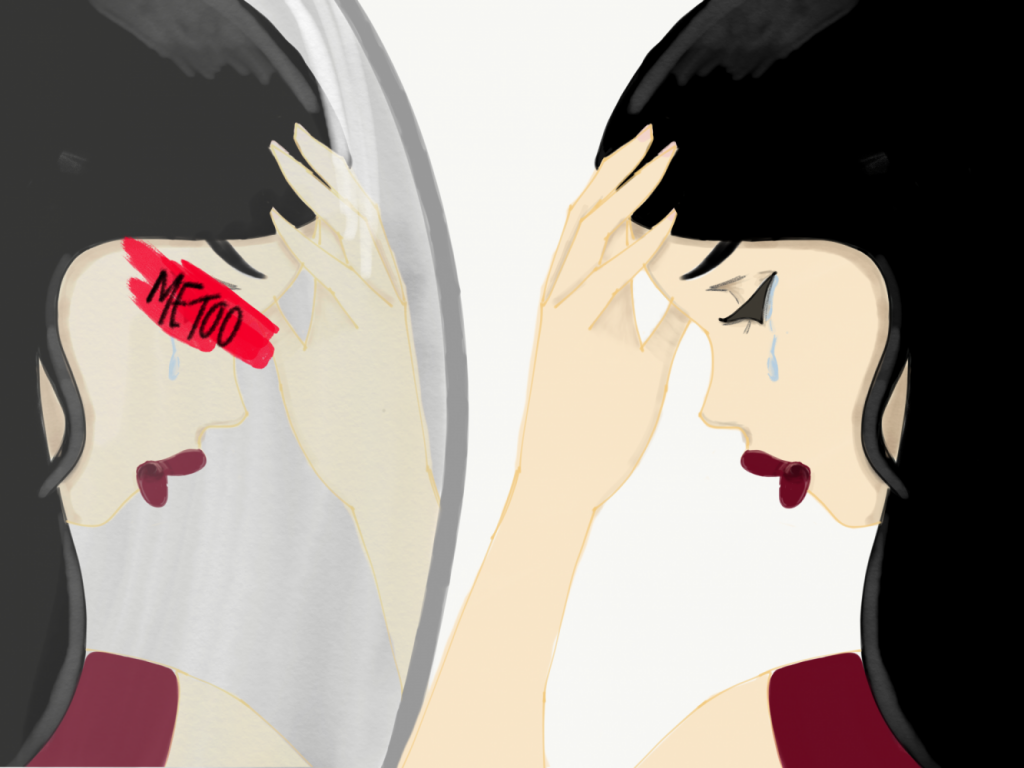 As stars graced the red carpet at this year’s Golden Globes, we saw black, black, and more black. Almost every celebrity wore the color in order to bring awareness to the countless sexual harassment issues surrounding Hollywood. Started in 2018, Time’s Up is the second movement against sexual harassment, after #MeToo.

According to the official website, “Time’s Up is a unified call for change from women in entertainment for women everywhere.” While this movement is solely concentrated in film and TV, women across the United States are now standing up against sexual violence and rape through the Me Too movement. In 2017, Time announced “The Silence Breakers,” the group of women who have come out against sexual harassment and assault, as Person of the Year.

Since the beginning of this movement, numerous victims have stepped forward. This has ignited nationwide discussion about speaking out against harassment, education about sexual assault, and support for victims.

The Me Too movement’s origins

The Me Too movement was ignited by Tarana Burke in 2006, with the intention of giving the survivors of sexual harassment a voice. The movement intends to remove any system that allows sexual violence to prosper.

Time editor-in-chief Edward Felsenthal said, “This is the fastest-moving social change we’ve seen in decades, and it began with individual acts of courage by hundreds of women, and some men, who came forward to tell their own stories of sexual harassment and assault.”

Through actress Alyssa Milano, the movement gained attention by her tweet, “If you’ve been sexually harassed or assaulted write ‘me too’ as a reply to this tweet” on October 15, 2017. In less than 24 hours, 4.7 million people on Facebook were engaged with the hashtag #MeToo.

Olga Iwaniuk, ‘19, said, “The Me Too movement has opened a very important conversation about rape and sexual harassment that is too often swept under the rug, or worse, just blatantly ignored. This is directly seen in the case of the film industry with Weinstein and other powerful figures.”

Harvey Weinstein, a well known film producer, has been at the center of both the Me Too and Time’s Up movements. According to USA Today, “Eighty-four women have accused Weinstein of inappropriate criminal behavior ranging from requests for massages to intimidating sexual advances to rape.”

Nitin Subramanian, ‘18, supports both movements. He said, “I think it’s really cool that people are speaking up finally. It also sheds light on a lot of people I admired before. And people need to know that they should be held accountable [for their actions].”

The movement has become a turning point in how we handle sexual harassment, Crisi Patelis, ‘18, said. “It is so important to emphasize such a unifying and accepting movement because the women and men coming forward with their stories will encourage others to feel the same and help put an end to this kind of misconduct.”

What qualifies as sexual assault and harassment

Many are often confused about what counts as sexual harassment. District 211 defines sexual harassment as “any unwelcome sexual advance or request for sexual favors or any verbal or physical conduct of sexual nature when submission to conduct is made either explicitly or implicitly.”

Aman Thotakura, ‘18, said, “Anything that makes you feel threatened for your safety or uncomfortable is sexual harassment or assault.”

It is important to remember that sexual harassment can happen to both men and women. Just recently, dozens of males in the modeling industry have spoken out about the harassment they face, demonstrating this is not solely a women’s issue.

Patelis said that we need to respect each other’s individual right to express what they do and do not feel comfortable with. “Although it seems like mere common sense, we need to consider the voices and feelings of other people and respect their choices and boundaries, particularly regarding the issue of sexual harassment,” she said.

In order to protect students from the misconduct of sexual harassment, D211 has four policies established.

The first policy is the Prohibition of Sexual Contact and Involvement. It prohibits district employees from engaging in any sexual involvement with students, which applies to any school-related activity and communication through electronic or written means.

“Every adult [at Conant] is trained to report any student abuse; that includes mandated reporting. If we are aware that a student has experienced any sort of abuse, we are required to report that to the appropriate authorities, whether that is the police or Department of Children and Family Services,” Conant Principal Julie Nowak explained.

The second policy, Prohibition of Sexual Harassment, forbids any persons on school grounds or school-sponsored activities from sexually harassing any person at any school-related activity. If a student believes they have been sexually harassed, the student must immediately report the issue to a supervisor at Conant.

Nowak said that a student’s guidance counselor is a good resource to report any sexual abuse. She added that as students will see a total of almost 40 teachers during the four years they attend Conant, but their guidance counselor will remain the same.

“What I would tell a student [who has been sexually harassed] is to find an adult that you are comfortable with and trust, to report the issue,” Nowak added.

If a student is in a “dating relationship” and is using emotional, mental, and physical abuse to control his/her partner, he/she is violating the Teen Dating Violence policy. D211 also established the Prohibition of Harassment Of or By Students, which requires the district to provide an educational environment free of any type of harassment.

“We try to make Conant a safe place for students by making sure that we are encouraging a climate that is positive and supportive for everybody and one does not tolerate that type of behavior,” Nowak said.

Patelis said she feels comfortable to talk about sexual harassment at Conant, but that is not the case for everyone. “We need to keep up the relevance of these discussions about sexual harassment, because if there are people around Conant that do feel uncomfortable to talk about it with their acquaintances, they can have more and more peers to turn to as it becomes less taboo.”

What needs to be done

“Teaching students about sexual harassment in the classroom is important in order to ensure that such unsafe practices are prevented by learning about effective communication skills and consent,” said Tiffany Besana, a teacher in Peer Health Exchange, a non-profit organization that teaches comprehensive skills-based health curriculums in order to promote health equity in high schools across the country.

Besana also added that both boys and girls should be educated together. “The topic of sexual health is applicable to all people.”

According to federal guidelines, every school should have a system that fits their and the student body’s needs; however, the system must be one that offers support to the victims and minimizes their burden. The guidelines add that a school should always discuss sex in health class and how to practice it safely. However, many schools do not discuss sexual abuse and harassment.

“If I was suddenly presented with a situation, I’d have to think before knowing what to do,” Subramanian said. “I honestly don’t know what the ‘correct’ thing to do is.”

“I haven’t ever really learned anything about this in health class,” he added.

Thus, teaching sexual harassment in schools is important because this is a largely unspoken topic, and as a result, many students do not know what sexual violence consists of, how to prevent it, or how to report it.

Physical education and health teacher Lorel Cunningham said, “[In many of these situations], a lot of people don’t understand what consent is, and what it means to an individual person. Consent is two people having conversation about what is going to happen and what is okay and what’s not okay.”

“We talk about respect and how to treat each other, but it is more than that,” Cunningham added. “People don’t realize what they’re doing is hurtful to other people, so finding those boundaries and learning how to do that at a younger age can be very beneficial. That’s hard to teach. It has to be repetitive.”

Nicole Cushman, executive director of the comprehensive sex ed nonprofit organization Answer, said during an interview to Mashable that educators and nonprofits should develop curricula that covers anatomy, healthy relationships, pregnancy and birth, contraceptives, sexual orientation, and media literacy. Cushman said such an education would equip young people to recognize sexual violence and “actually create culture change around this issue.”

“If this was taught regularly, there would be a lot less stigma against rape and sex violence, so victims would have an easier time coming forward,” Subramanian said.

“[Talking] about [sexual harassment and] addressing what’s not okay would let people know that it is safe for them to speak up,” Cunningham explained.

The learning itself should not be restricted to consent. Cushman suggested that education should also shift to focus on gender, power, and sexuality to see lasting change.

In fact, research shows that drawing attention to gender or power in relationships helps victims, particularly girls and women, understand that sexual assault and harassment is not their fault.

“There are so many times that girls are blamed for this sort of thing,” Cunningham said, “but I’m glad we’re finally talking about it because that’s the first step toward changing this culture.”