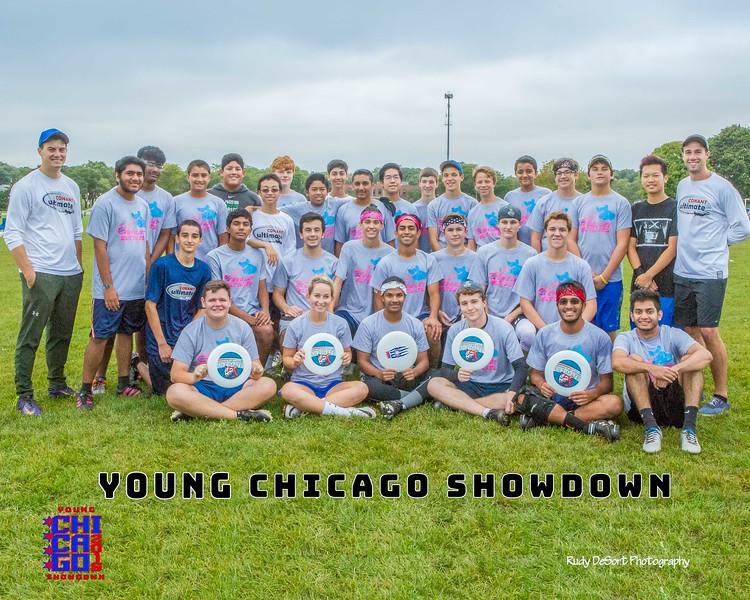 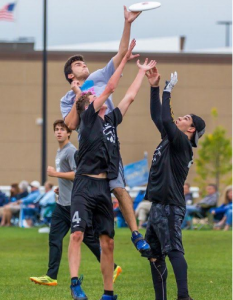 He raced down the field, head straight up at the sky. He saw the Frisbee gliding down in front of him. He knew it was up to him now. He dove forward, left hand stretched far in front of him. The Frisbee landed in his hands as he hit the ground, sliding forward to victory.

The CHS Ultimate Frisbee team often faces scenarios such as this one, making the game of Frisbee that much  more intense. The team was formed last fall by a group of eager students who got 40 signatures on a petition to start the club. Currently in its second year, the up-and-coming sport, a mix of handball and football, looks to continue its rapid growth and popularity.

The club meets on Mondays, Wednesdays, and Fridays after school in the fields across Plum Grove Road. Science teacher David Torpe is one of the coaches, and he explained that “scoring works by passing the disc back and forth between teammates. You may not run with the disc, hold onto it for longer than 10 seconds, or make physical contact with other players. The goal is to receive the disc while standing in the end zone. The opposing players attempt to catch or cause an incomplete pass to start their attempt at getting the disc into their own end zone.”

Applied technology teacher Jeffery Robinson also coaches Ultimate. Robinson said that he was excited to coach the team. “It means a lot being able to coach the next generation,” he said. Torpe described last year as getting comfortable with the rules and the strategies. This season, however, players are improving and starting to look like a real, talented team, he said.

“At our most recent tournament, our defense was able to shift between multiple defensive patterns on the fly  to make us much more competitive with very talented teams in the area,” Torpe added.

The team’s first victory was last spring against Barrington High School. The coaches and players said they were proud of the win.

Both coaches said their favorite moment of Ultimate was when they scored their first point as a team. The throw went off a defender’s back and into the hands of a Conant player. The entire team rushed the field in joy. “I think I shortened my maximum lifespan by 2 years by watching that game,” Torpe remembered. “We eventually won in the last moments and it was again a great release!”

Robinson said his main goal for the club was to become more competitive and have an A and B team, so the players can improve more. He hopes it will be recognized as a sport by the district one day.

Torpe said the growth in interest he has seen over the past two years was extremely encouraging. “I saw the kids from the team making their own pickup games, outside of the club for fun,” he said. “It’s cool to see them really getting into it and starting to share my love for the game.”

Robinson said one of the most important things to the club’s rapid improvement was having veterans on the team. “Last year we had to teach everyone from scratch. [There were] no veterans to help out [new] players. Now we have a good core of players with experience that can really help us,” he said.

Matt Schulz, ‘19, began to play this year after he heard about Ultimate through the activity fair. Schulz is excited for the opportunity to teach new team members and help them improve, while also being competitive and helping the team, he explained. He said, “Winning games and just playing well in general is really cool because we really get to see how much we have actually improved.”

Michael Kennelly, ‘17, said he loves Ultimate because he “really likes the team building and exercise on top of being competitive and fun to play.”

The future of the club looks bright, the coaches say. “We are really optimistic,” Torpe described. “We have seen some great growth and have build a strong program that will only improve.”