Gucci is back, still doing his thang 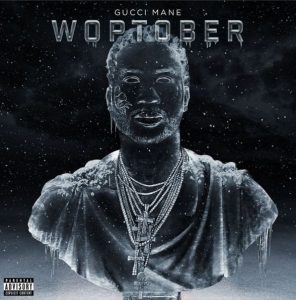 He’s quit drugs, but he’s not done spitting about it.

“When I was on drugs so bad, you know, I talked different I was drinking lean like crazy everyday, I was out my mind,” says Gucci Mane in the intro to his song “Addicted”.

“Woptober” is Gucci Mane’s second album since his release from prison, and it sounds like Gucci is stuck on replay. In his early years, Gucci Mane was a pioneer for trap music. In his newest release, however, he’s not starting any trends. All the songs in the album deal with Gucci’s usual topic of drugs, women, and gangbanging.

“Addicted” is the album’s strongest song. The lyrics truly fit the album and his post-prison, drug-free persona. This song, unlike many others, is focused on his previous drug use and his dysfunctional family. It wraps up the album by accepting the first of the twelve steps of recovery: admitting you are addicted. While all the other songs glorify drug use, this one shows a different side to Gucci. Behind the gangbanging and violence, he’s also human.

All of the tracks with the exception of “F**k 12” and “Addicted” were overly repetitive. The only song to pull off repetition successfully was “Money Machine,” which was pleasantly catchy thanks to some fast lyrics, and a well-produced beat by Da Honorable C.N.O.T.E.

“Bling Blaww Burr” was the weakest track in the album. The flow of lyrics were much too slow, and hearing a gangster say “bling blaww burr” repeatedly becomes irritating. The rest of the lyrics were good but not groundbreaking. In the his first verse Gucci says, “My mama found some sacks on me kicked me out of her house. But I had 40,000 saved, I shoulda been moved out. You know Guwop been iced out but I got new jewels now. Think I’m a clone but if they cut me this sauce gon’ ooze out.” The lines are a clever reference to a conspiracy theory that the post-prison Gucci Mane is a clone. Gucci claims that if he were cut open, his style and influence would ooze out to prove he’s not a clone.

“Love Her Body” is the black sheep of the album. The song is about Gucci questioning whether he loves or lusts after his girlfriend. Instead of rapping, he decides to sing this track. Gucci sounds monotone like the song “Love No Thotties” by Chief Keef, especially at the hook. It feels like a failed attempt to emulate more successful singing-style hip-hop songs like “HaHa” by Chief Keef featuring Terentino or “Studio” by SchoolboyQ. Besides that, the song is too repetitive. Gucci repeats the line “Do I love my b***h or am I in love with her body” 8 times in the first hook and 16 in the last hook. Although many artists pull of repetition successfully, this line is way too long to be catchy.

While the album is overly repetitive, many of the songs are catchy. The album sounds like Gucci hasn’t changed a bit since his imprisonment so if you’ve been liking his albums, you’ll will like this one. If you were expecting him to drop a masterpiece, you’ll be disappointed.