Squirrels chew through wires, cause hundreds of dollars in damage 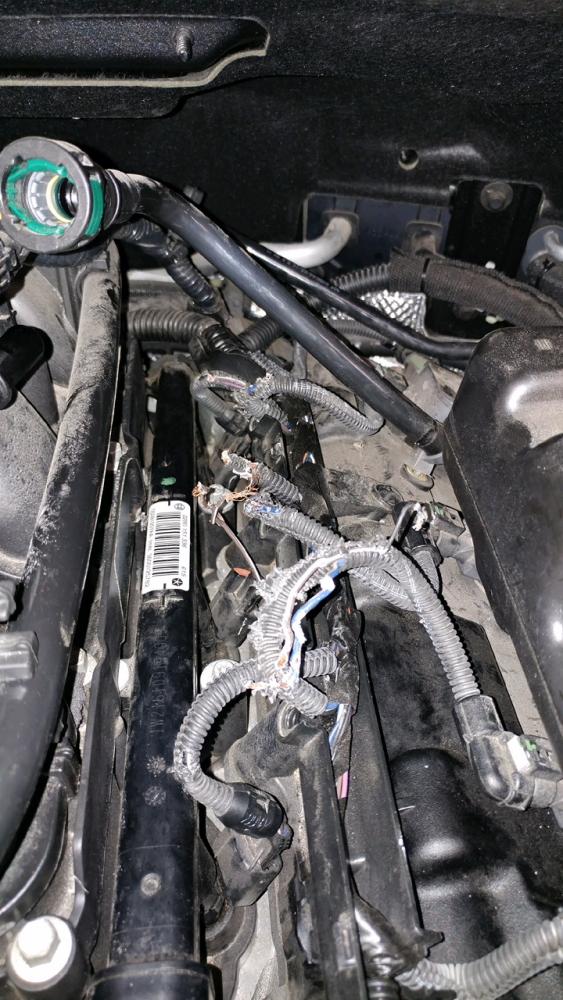 Squirrels have been chewing through wires of some faculty cars, causing several hundreds of dollars worth of damage.

Dean of Students and Science teacher Erik Hauser said, “Squirrels are climbing into the engine compartments of newer cars and chewing through the electrical wiring, severely damaging cars. The wiring in some manufacturers’ new cars are soy based, and squirrels like to feast on them.”

He added, “I know of four to five cars that have been damaged so far. I have heard it is up to eight hundred dollars in damage.”

Most of the damage has occurred with cars parked outside Door 3 in the South Staff spaces, which are close to trees.

Assistant Principal Thomas Mocon said his car was one of at least seven cars damaged this spring.

He said, “The way I knew something was wrong is when I left school one day and every time I would stop my car at an intersection, the car would just start bouncing, and the check engine light turned on.”

“Mrs. [Jennifer] Cochran, my secretary, had an issue where she couldn’t drive her car more than 15 miles per hour,” Mocon added.

Faculty have explored options to try and deter the squirrels, but they haven’t worked.

Assistant Principal Mark Langer said, “Mr. [Alexander] Woods, our Building and Grounds Manager, has been exploring options, including granules and sprays that can be applied directly to cars and around the lot, working with our pest control company to try and come up with a solution.”

“The spray for cars has been tried by one of the employees whose car was damaged, and it didn’t prevent it from occurring again. Unfortunately, none of these options are known to be very effective, especially given the size of our lot,” he added.

Administrators are still looking for permanent solutions to stop the squirrels from chewing the wires.

Mocon said, “Hopefully our building and grounds crew can figure out a deterrent for these pesky scoundrels. We have heard that hot sauce in certain areas under the hood is a deterrent. No joke: hot sauce.”

BONUS CONTENT: On the hunt for these rodent rapscallions, two Crier members realize they may have bitten off more than they could chew: