Football to learn from loss to Maine South 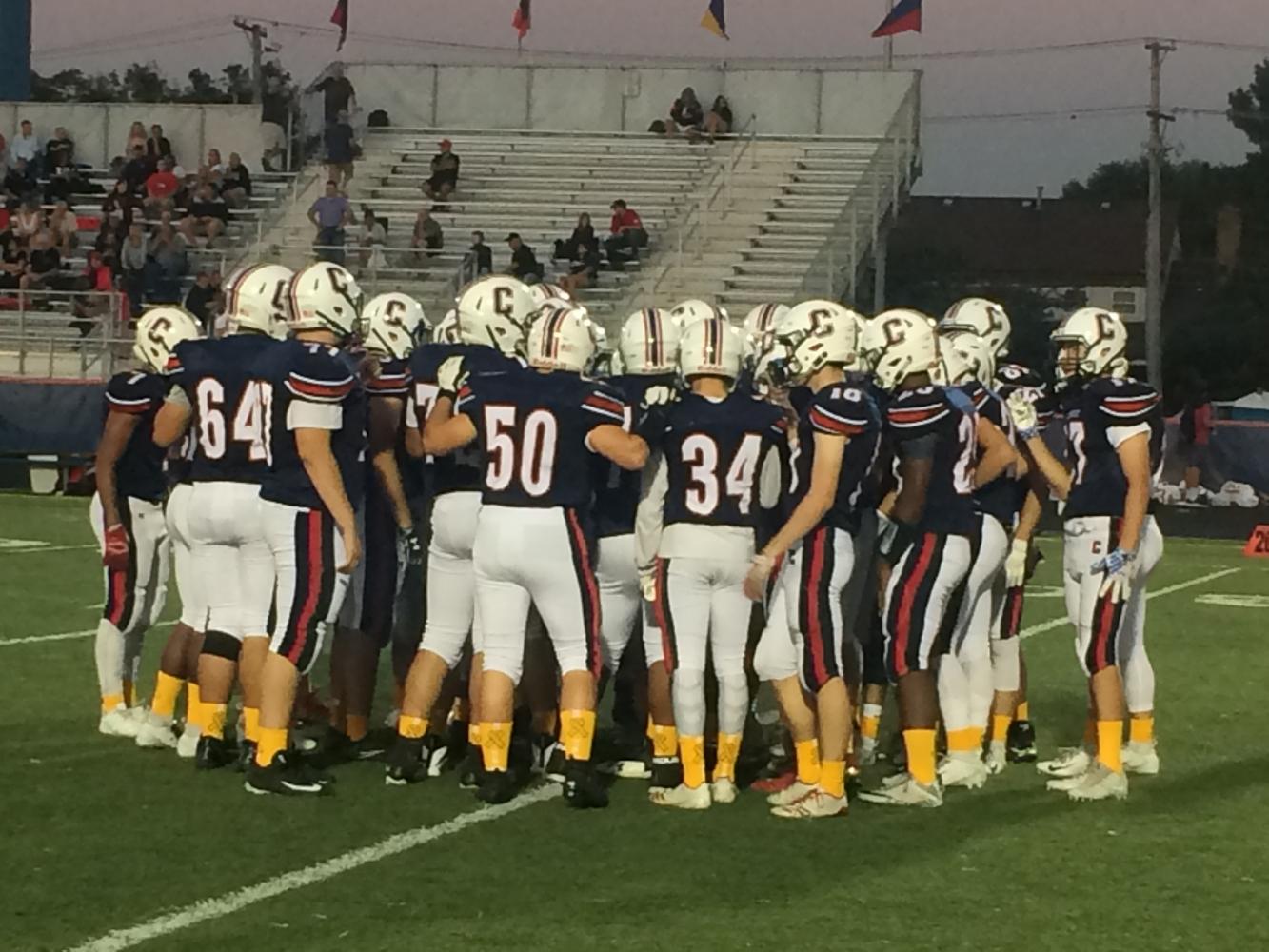 The football team huddles up before their first home game of the season.

Though the Cougars lost to the Maine South Hawks last Friday 42-14, the team feels like they learned a lot from the game and will still be able to accomplish goals they set during the offseason.

The Hawks are a constant powerhouse in the state, making the playoffs every season since 1992 and winning six state championships in that time period. With the Hawks having such legacy and tradition, the Cougars were able to learn a lot about the importance of playing every single down, according to head coach Bryan Stortz.

“The things that we did not do well become more glaring against a team like that,” Stortz said, whose team uses the app Hudl Sideline to break down film during the game. “The way that we have Hudl Sideline now you can see a lot of the stuff in-game action and we’re barely one guy away on almost everything out here. That’s the difference between being a complete, good football team and a team that doesn’t perform to the best of its abilities.

“We’ve got to get 11 guys doing everything they’re supposed to do. We’ve got 10 guys doing their job.”

Captain Anthony Wachal, ‘19, said, “We now know what a playoff team looks like. We’re going to learn from this.”

In the offseason, the Cougars set multiple goals, including making the playoffs, winning the conference, and making a run in the playoffs. Stortz said, “None of those three things are off the table right now. We’ve gotten ourselves in a situation where we’re 2-2, we’re a team that’s dogfighting for the rest of the season.”

This Friday, the Cougars are at home again, this time against the Barrington Broncos. Though the Broncos lost to the Evanston Wildkits 32-13 last Friday, they did beat Maine South 26-23 in Park Ridge the week before and are 3-1.

Stortz said, “I think our guys will understand that they can play and match teams like this, but we can’t have the little mistakes. If we continue to get a little bit better each week, we’re going to get ourselves in a condition where we can be more successful.”