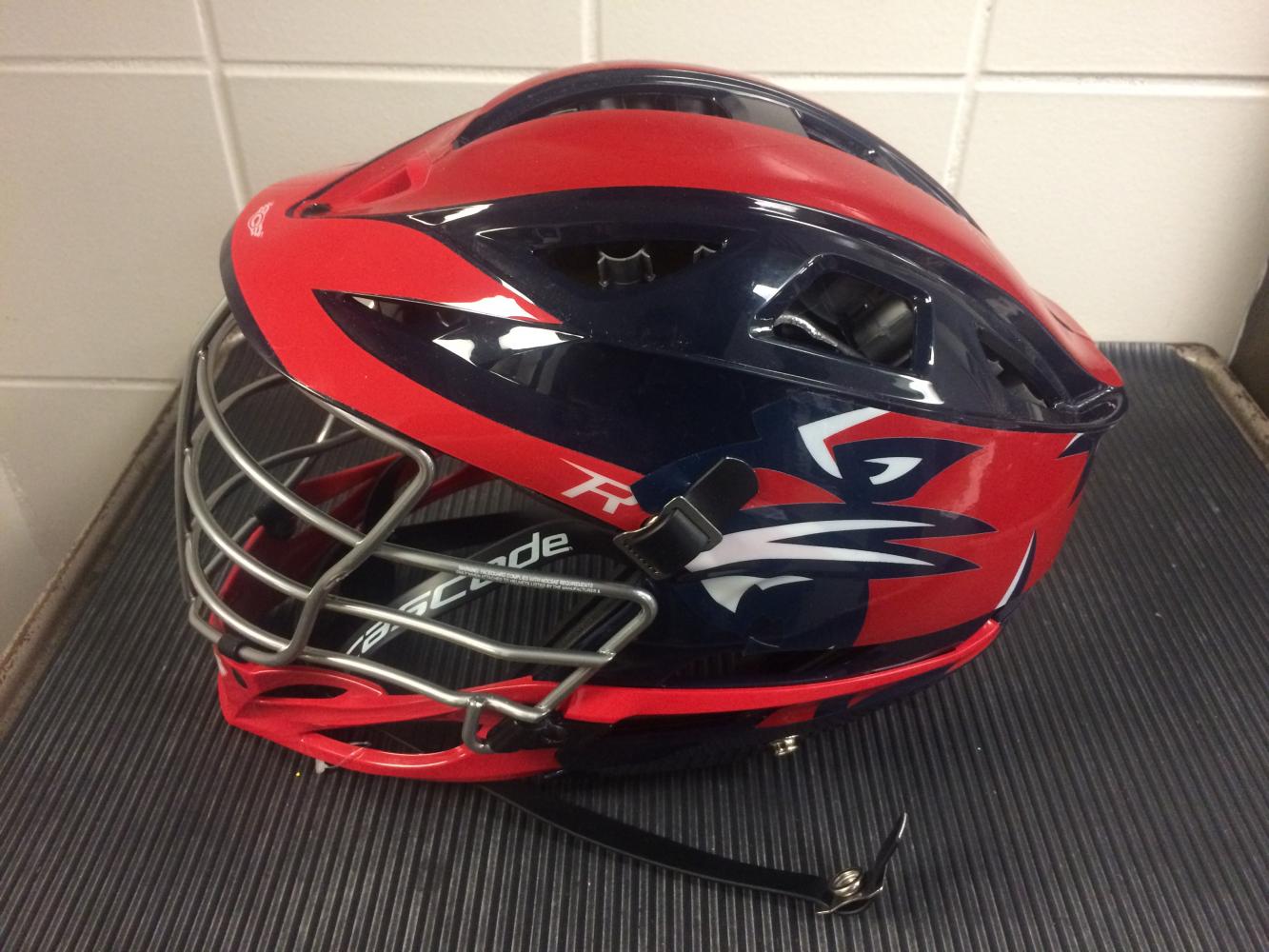 The new helmet for this season’s boys’ lacrosse team.

Though the boys’ lacrosse team lost their first two games–17-5 to Wheaton North on Monday and 16-2 to Evanston on Wednesday–the team still looks to improve from last season under first-year head coach Nico Vega.

With the team’s attackmen and defensemen returning from last year, the team looks to build off last season’s 8-12 record, according to Vega.

Midfielder Ryan Kelly, ‘18, said, “We’ve been working a lot in the off-season. This year, we have a lot of team chemistry that we’ve really haven’t had before. This team became a family in a sense. I think that is what will help us pull through.” Kelly added that the team is small and hopes that the sense of family helps them win.

As a midfielder, Kelly will have to play with a lot of new players as the midfield position has the biggest turnover from last year. “We are working on everyone being a team player, not just seeing the leaders do all of the scoring. We’re really working to push everyone so that they can all play their best,” Kelly said.

In terms of how the team is preparing for the season, Vega said that two weeks ago, the team was working on building skills. In the previous week, the team has been working on installing their offensive playbook and defensive scheme, as well as creating their starting lineup.

Vega’s goals on the field are to get at least 10 or 11 wins from the 18 games they play. In addition to that, Vega said, “The goal is to get better as people, as players, and be role models in the school.”

As a coach, Vega also hopes to grow the program to where he wants it be. “In years past, more recently the numbers in the program have dropped. There’s been a culture of losing, and this year I hope that this senior class changes the tide and forms a more solid culture for future players to enter into.”

Defenseman Nicolas Silvestri, ‘18, said, “We don’t want to be taken as a joke to any team. We want to be taken seriously and know that we gave it our all every single game no matter what the outcome.”

Though all teams will make the playoffs, the playoffs will be organized by seeding each team in a Sectional, with the teams in the Sectional being predetermined before the season starts. This is unlike what the IHSLA did, who put all the teams in a class into one bracket and based seeding off of every team in that class. Under the IHSA, there is only one class.

The Cougars play their next game Tuesday at home against Montini Catholic at 5:30 p.m.