At 10 a.m. yesterday, between 450-500 Conant students, led by the Students Against Gun Violence (SAGV) group, made their voices heard as part of the nationwide walkout meant to honor the 17 victims of Parkland’s recent shooting and to raise attention for congressional action on guns and safer school communities. 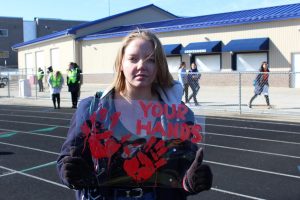 Linnea Pietsch, ‘19, said, “In order to honor the victims of the Parkland shooting and other school shootings in American history, Congress must enact stricter gun regulation. We might not be able to completely ban guns, but we can at least regulate them to reduce violence. That’s why I’m here today — this walkout’s a necessary step towards gun control.” 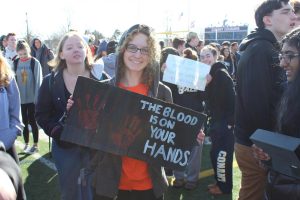 Sidra Capriolo, ‘19, compared gun safety to vehicle safety when she said, “Before cars had seatbelts, more deaths occurred. It’s a simple fact. But when the seatbelt was put in place, deaths decreased. It was a legal action taken. People who want guns can always turn to the black market, but by limiting the legal sale of firearms, we’ll at least be making it harder to purchase guns in America.” 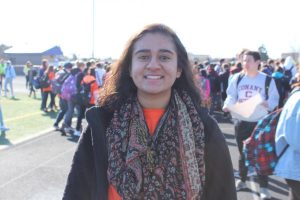 Anisha Narain, ‘18, leader of Conant’s SAGV organization, said, “Americans are suffering from this public health crisis. Something needs to be done, and it starts with us — students.”

Narain chose to be a leader in Conant’s campaign to decrease national gun violence because she believed that Conant students had the ability to “create change through their actions, and/or through peaceful protesting.”

In her speech during the walkout, she exclaimed, “Primary elections are coming up! If you’re a senior, do your job and vote!” She believed that “[it’s] important to take a stand” in an era shaped by gun violence school shootings. 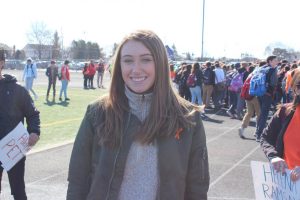 Bridget Tobin, ‘18, marked National Walkout Day with the phrase, “If not now, when?” She additionally said that taking a stance will ensure that “our children will not fall victim to this epidemic of violence.” 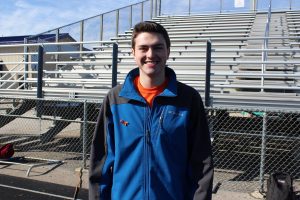 Dylan Toth, ‘18, addressed the National Rifle Association (NRA) in his speech during the walkout, when he said, “Politicians are sitting in their gilded, NRA-funded houses, not caring about school safety or the state of mass shootings in America. It’s up to us to fix this.”