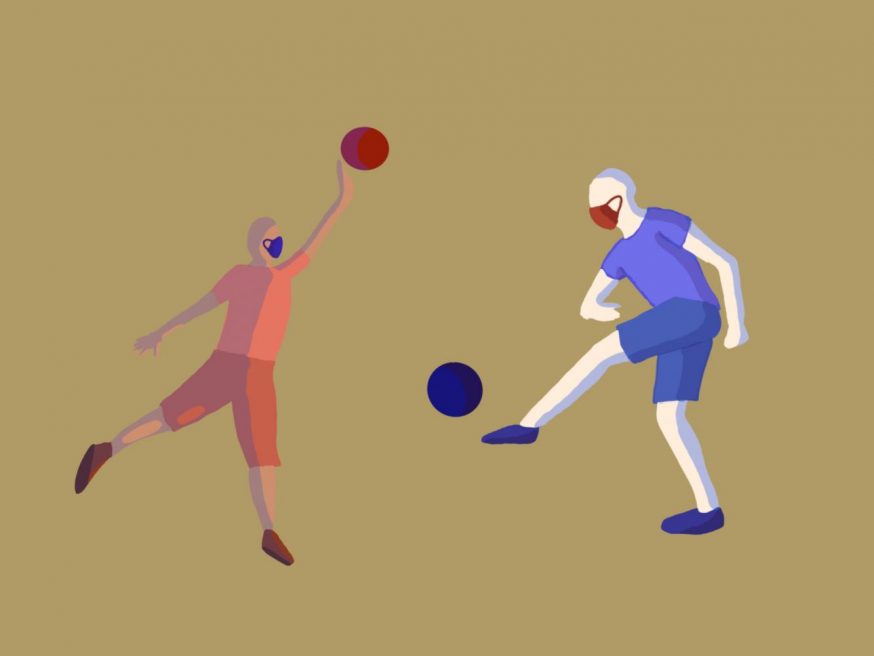 On Jan 27, the IHSA released their decision on the possibility of conducting sports seasons.

The Illinois High School Association (IHSA) Board of Directors had a special board meeting on Jan 27 to make a decision on how winter sports will play out. They emphasized the amount of thought they put into the decision and the difficulty of making a perfect choice for everyone. They also took into consideration the fact that traditional spring sports missed a season in the previous school year (2019-2020).

When and which seasons will start?
In the end, they agreed on starting practice for boys/girls basketball, boys swimming & diving, dance, cheerleading, boys/girls bowling, girls gymnastics, and badminton as soon as possible, with an end date set for March 13. Although dance and cheerleading will not have an in-person state series, virtual Sectional and State Final meets will be conducted, where teams will need to record their performances and submit them to be judged.

Badminton practice will also start as soon as possible for the winter season, but it will end later than usual, on April 3.

Boys gymnastics practice will begin March 15 and end May 29. Baseball, boys/girls lacrosse, girls soccer, softball, boys tennis, boys/girls track & field, and boys volleyball will begin April 5 and end June 19. For these sports, and badminton, there have not yet been a decision on whether they will have a state series.

Students who play sports that are not playing during their traditional season can play on high school and non-school teams at the same time.

Winter sports can begin contests as soon as the school’s region is at the appropriate mitigation status and they have met the required number of practices.

To keep students safe, it is required that all student-athletes participate in mask-wearing, with the exception of swimming & diving, gymnasts on an apparatus, and outdoor events where social distancing can occur.

All game personnel not participating in a contest also need to wear a mask.

What about sports that are currently not in-season?
Sports that are out of season can conduct contact days through June 4. They are limited to three days per week with a maximum of six hours per week.

Despite being tasked with the difficult challenge of running sports with COVID-19, IHSA has said it is optimistic and proud of giving student athletes an opportunity to do what they enjoy doing. Yet the bigger challenge comes after, maintaining the safety of everyone for another sports season, which will require the effort of not only IHSA, but students, coaches, and families.