Stop using the R-Word as an INSULT 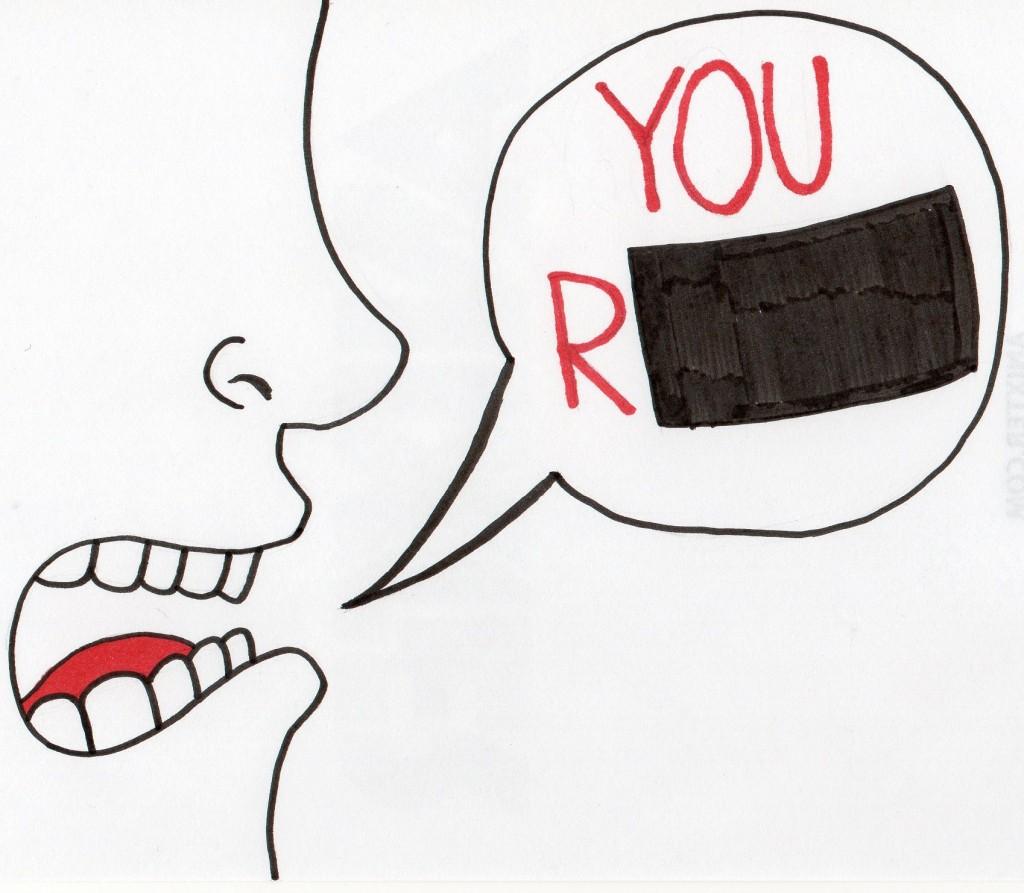 When you walk in the halls, you hear a variety of different insults thrown at fellow peers. These are often mindless fights between friends stemming from someone bumping into another, or forgetting to respond to a text. When we’re sitting with our friends in the morning, it doesn’t seem like anyone else would be listening. But someone always is, and the words thrown around on any given morning can range from stupid, dumb, useless, moron, idiot, and even gay, fag, and retard.

The word retard is a derogatory term that should not be substituted for the word stupid, because it doesn’t mean stupid. The r-word used to be a clinical term. Mentally retarded was not used an insult, but a medical diagnosis.  Although the word retard is not negative in nature, when it is equated as an insult, a drastic change needs to be made.

Medically, this word used to describe people with disabilities; however, it no longer does. In the 1800’s, calling someone a retard meant they had no rights, and were stupid and useless. That is not a thought that should be promoted. In fact, by using retard as an insult, we are actually saying that all of those stereotypes were true, and that people with disabilities are lesser than people who are “normal.” This is why using the word retard as an insult has repercussions that many students don’t even realize. Although an individual might have been “just kidding,” it doesn’t mean that someone that was around you didn’t feel hurt or embarrassed. Using the r-word is exclusive: it makes people with disabilities feel left out, and like they are not of the same kind.

We’re all human, and every person is unique. By not acknowledging this, we are being disrespectful to the people who really do have mental disabilities. Even though the word is no longer a medical term, that does not mean the implications are gone. Most students do not think about that when they are using the word. In the Huffington Post, author Timothy Shriver actually describes the battle with depression a Special Olympics athlete faces. He writes that even years later, she “can’t stop hearing the taunt of ‘retard’ that plagued her through school. She has few friends and struggles with a terrifying sense of isolation. Counseling and medication aren’t enough. There is nowhere she feels she fits in.” Even if you are not calling someone who is disabled retarded, the connotation is still there, and using the r-word can make people feel alone, especially if they feel unsafe because of the things they hear in the hallway.

Many people claim that since retard means slow, it must mean stupid. But someone being “slower” than others is not an insult, and should not be used to isolate people who are different. Slow does not mean stupid. It means that people who have mental disabilities think differently than others do. Just because someone has a different thought process doesn’t mean that they are stupid. When you call someone a retard, you are implying that they do not have full cognitive function and are incapable of any educated thoughts, which is a disrespectful and inappropriate suggestion.

People who have mental disabilities are still…well, people. They can love, be happy, lead a normal day to day lifestyle, and have connections with the people around them. The uncle of an editor here at the Crier lives in Mumbai, India, and he has a mental disability that has slowed down his learning abilities. But he is not slow. He goes around the entire city by himself, a feat that even his sister, who lived there for 20 years, would not do. He goes to work, earns money, and saves that money to buy himself and my grandparents presents. He reads and continues to grow his knowledge every day, and even though it takes him longer and in a different method, using the word retard to describe him undermines everything he can do.

We need to stop condoning the use of the word retard in our daily lives; it is not appropriate and clearly has implications that are not being brought into consideration. When you hear someone who is using it as a synonym for stupid or idiotic, let them know why that isn’t acceptable. In a world where we claim to be more inclusive and accepting of people regardless of their differences, using a word that has caused hurt for generations is a giant step back.