Is World War III an illusion or reality for Conant students?

Rumors. They float around everywhere, misleading even the most clear-minded people. With Iran and the United States in an increasingly tense situation, fear or ignorance are perfectly normal reactions. The reason that there should be concern is that war is a very real possibility right now.

Naturally, with this realization, you could either jump to the conclusion that war is inevitable, or pretend this insight never occurred. The hope is, however, that instead of the above options, you can read this article and feel both smarter and safer at its end.

To begin, the United States and Iran have had an increasingly tense relationship since President Trump pulled out of the Iran nuclear deal and reimposed harsh political punishments. Iran has had no ability to trade with most of the international markets for most of the past year, and the results are disastrous.

People are losing jobs at an alarming rate, inflation has skyrocketed, and the government is growing weak. In Iran’s eyes, there are only two options: Meet with government officials from the United States for negotiation talks and look weak, or escalate the current conflict and look strong, forcing our government into the same choice that has been presented to Iran.

Now, all of this is bad news, but the governments of both countries know that this situation started 67 years ago, not in the present day. In 1953, the United States government staged a political takeover from the Iranian prime minister and replaced him with a King.

The Iranian people were outraged, and in 1979, staged a political revolt against their government. In the name of revolution, they proceeded to overrun the American embassy and take all of the personal and military stationed there hostage. 149 days later, the prisoners were released, but foreign relations with Iran have been strained since. 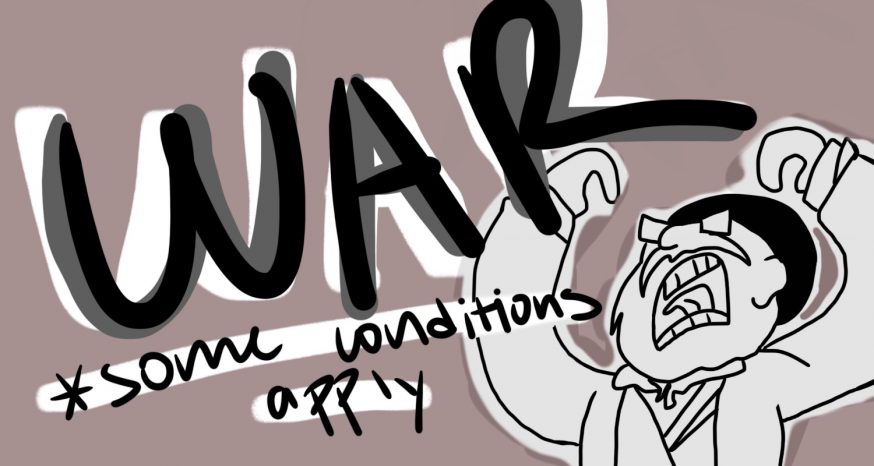 Still, Iran is somewhat reluctant to actually back up their threats.

Firstly, Iran’s government has followed a system of increased dependence on foreign imports. The result is that they need the imports coming from Europe and the United States.

Secondly, Iran recently pulled out of the nuclear deal mentioned earlier, which has left them with limited allies who would politically back up their decisions.

Finally, although Iran does have a strong military, they aren’t able to compete with the sheer size of ours.

Now for the big question… why does this matter to you?

It matters because of the memes of a World War that are on your phones, the quick jokes of a draft from peers, and the silent fears both might generate. Rumors of a war and draft are scary without a doubt, but now you know that the most probable result is a war of politics and trade, not guns and missiles.

So, while war with Iran is definitely an option, the world is hoping for a more peaceful consensus to emerge.