Everything wrong with ‘The Royal Treatment’ 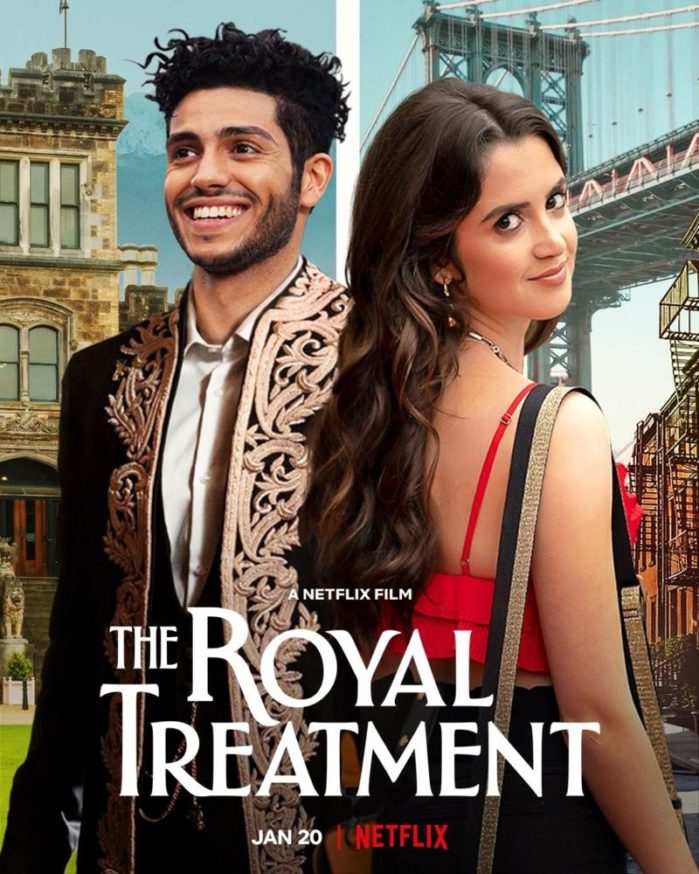 from IMBD under Fair Use

Netflix original rom-coms are always a hit or miss. Some, like “The Kissing Booth,” manage to turn typical tropes into raving successes. Others, like “The Royal Treatment,” fall far from the mark. Many have been tearing “The Royal Treatment” to shreds for being extremely bland and wholly unoriginal. After watching it, I completely understand why.

“The Royal Treatment” is about fierce but generous hair-dresser Izzy (Laura Maurano) who dreams to travel the world and to give back to her community. When the Prince Thomas of Lavania (Mena Massoud) visits New York and gets a haircut from Izzy’s hair salon, he is smitten with Izzy and asks her and her crew to do the hair and makeup for his royal wedding. In Lavania, sparks fly between the two. As Thomas’ wedding nears closer, Izzy and the prince fall in love as they together discover parts of themselves they never explored before.

The movie was extremely mediocre, and here are a few ways it went wrong.

I literally had the movie figured out after the first scene. I honestly had more fun guessing what each character would say next (with a 95 percent accuracy rate).

There was no creativity whatsoever

The movie had no twist, no special plot, and no special characters. It was like the director had cherry-picked 50 scenes from different rom-coms and compiled them into “The Royal Treatment.”

There was zero character complexity

All of the characters are essentially romantic movie stereotypes: the oblivious prince, the aloof and lavish royals, and the protective mother. Only Izzy, the main character, had some character depth. Otherwise, they are all just character cutouts from any other rom-com.

Name 10 rom-com clichés. Chances are “The Royal Treatment” hits every single one. The girl hates the prince at first sight, the prince falls in love with a commoner, the prince has overbearing parents… the list goes on and on. Seeing a cliché in basically every scene only detracted from the overall charm and entertainment of the movie.

However, as run-of-the-mill “The Royal Treatment” is, there were a few things it got right.

Izzy’s Italian culture really shines through in this movie, and it’s nice to see how it contributes to her character dynamic. Her instinctive need to feed everyone adds a few uplifting scenes. Also, seeing the tradition and vivid culture of the town “across the tracks” (the hidden part of Lenovia) helps her and the prince foster a connection with the small community.

Again, Italian culture shines through here! Izzy works at her hair salon with her mother and grandmother, and they bond over clean up dance parties. The prince’s family is cold and severely alienated in stark contrast, emphasizing Izzy’s influence on his character development.

Though I’m not a huge fan of most of the characters, I appreciate Izzy’s love for her community and other people. From bringing toys, food, and even pastries to kids, it’s refreshing to see how generous she is.

“The Royal Treatment” may be royally bland, but if you are ever looking for a Netflix rom-com, try watching the classic “A Cinderella Story” series or “All the Bright Places” instead.