“Haikyuu”: A gateway anime to watch during Netflix Drought 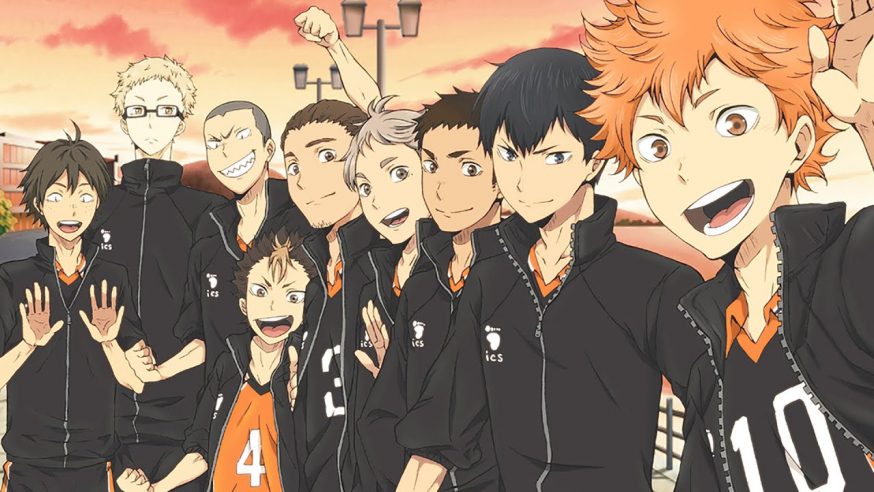 From Production I.G and Toho under fair use

It’s been 7.5 months since widespread confinement began, and while restrictions eased in between, it’s likely that much of the average person’s social interactions have been replaced with evenings in front of the TV.

Perhaps the most unprecedented impact of this is the ‘Netflix Drought’.

The ‘Netflix Drought’ isn’t necessarily limited to the Netflix platform itself; rather, it applies to practically any streaming service. It can be personified best by the behavior of my father: 4 months into quarantine, my father began to wander around in the evenings, and essentially annoy both my mother and me. Why?

“Nivi, I’ve officially run out of things to watch on Netflix.”

The statement is empirically false, however, it holds true. News outlets ranging from Buzzfeed to the New York Times have released watchlists with titles such as “Run out of things to watch during quarantine? Browse our staff picks!”. A widespread phenomenon has been recognized: the average person is running out of entertainment options, and the vicious cycle of boredom has begun.

However, there’s a clear and easy solution to the problem: it’s time to branch out into new genres of TV shows. Specifically, anime.

Anime is a huge area of television shows, really only describing the language and style of the show (cartoon). Within this area are practically all of the possible genres for normal TV shows. However, anime is culturally and stylistically different from American TV shows.

This leads our journey to gateway anime shows. Gateway shows are the perfect shows to start with, and make it incredibly easy to adapt to the differences between anime and ordinary TV shows. My gateway anime show was a show called Haikyuu; it was introduced to me in January of 2020.

“Haikyuu” is a shounen anime, or a Japanese animated television show intended for teenage boys. Specifically, it’s a sports anime focused around volleyball. “Haikyuu” follows the main character Hinata Shouyou on his quest to become the ace for a volleyball team, even though he’s often the shortest member on the team.

However, he has natural athleticism that combines with the outrageous talent of setter Kageyama Tobio to make them a dynamic duo. Over the course of the three and a half seasons that have been released, the main team (Karasuno) plays against multiple high school volleyball teams in their prefecture of Japan as well as Tokyo in their quest to finally compete at Nationals.

This seems a good time for a disclaimer that I do not fall within the intended demographic, nor do I have a particular interest for volleyball, or any sport for that matter. Still, “Haikyuu” managed to overcome any and all perceived barriers to my enjoyment and deliver a truly entertaining and joy-inducing experience.

Being a sports anime, “Haikyuu” isn’t saturated with the traditional tropes incorporated into many shounen anime shows but is still quite different from the orthodox shows that most American teenagers watch. This allows the show to slowly expose the watcher to anime culture, and isn’t quite as much of a clear culture shock for a first-time anime watcher.

Not only is “Haikyuu” a great gateway show, it is a phenomenal television show in general. I’ve found that many recent TV shows marketed towards teenagers face similar shortcomings: they attempt complexity in every area of the writing, and end up with something so convoluted and unrecognizable that it’s difficult to care about the show in general.

Take “Riverdale” for example: the show’s plot is horrendously convoluted, and the writing sacrifices character development in order to shove a bloated plot into 22 episodes. The CW “Arrowverse” shows also suffer from the predicament of having increasingly complex plots as the seasons go on, losing interpersonal relationships and character development.

This is where “Haikyuu” breaks from the norm: the plot is simple, brilliantly so. The entirety of the plot and conflicts are centered around volleyball; as such, much of the writing is focused around the personal growth of the characters as well as how they grow within their teams and their friendships.

Almost every character is given a personal growth arc, preventing them from being shunted aside as side characters who contribute little to the show. We get to see the backgrounds of even minor characters, see how they got into volleyball, and empathize with their own hopes and dreams.

Moreover, I found that “Haikyuu” was able to portray life (for these high school athletes, at least) at its most basic and beautiful. There are no antagonists; almost all the characters in the show are high school boys who play volleyball. Even when they play against each other, their only obstacle is their own mind and their goal is to get better.

There’s not a single character painted as blatantly antagonistic; they’re all human beings, teenagers. The show emphasizes learning to work collaboratively, not allowing the perception of others limit your potential. While the cast is mostly limited to teenage boys, they are given diverse personalities that are often difficult to find in the portrayal of teenage boys in American TV.

When it comes to spouting praise about “Haikyuu”, I could probably go on and on. However, there is nothing more relevant about Haikyuu than the fact that it could be the solution to your Netflix Drought.

It’s easy to lose hours of an evening scrolling through Tik Tok or Instagram or rewatching your favorite TV shows for the 82nd time (both of which I am recurrently guilty of). However, the next chance you have an hour of free time, tap on that red-and-black ‘N’ logo and settle back to watch Hinata Shouyou fly on the volleyball court. I promise you will not regret it.

(And if it’s any endorsement, my father loves it.)

Nivedha Krishnan (Nivi) is a News Editor and a senior at Conant. This is her second year on the Crier Staff. At Conant, Nivi is part of the Public Forum Debate Team, JV Girls Badminton, Scholastic Bowl, and RISE. Outside of school, Nivi spends her time singing Carnatic Music (South Indian Classical Music), writing short stories, and trying new drinks (usually in the area of teas and coffee). She also enjoys watching TV shows/Movies from around the world and listening to a wide variety of music.