Netflix’s “Let It Snow” is a typical holiday romcom 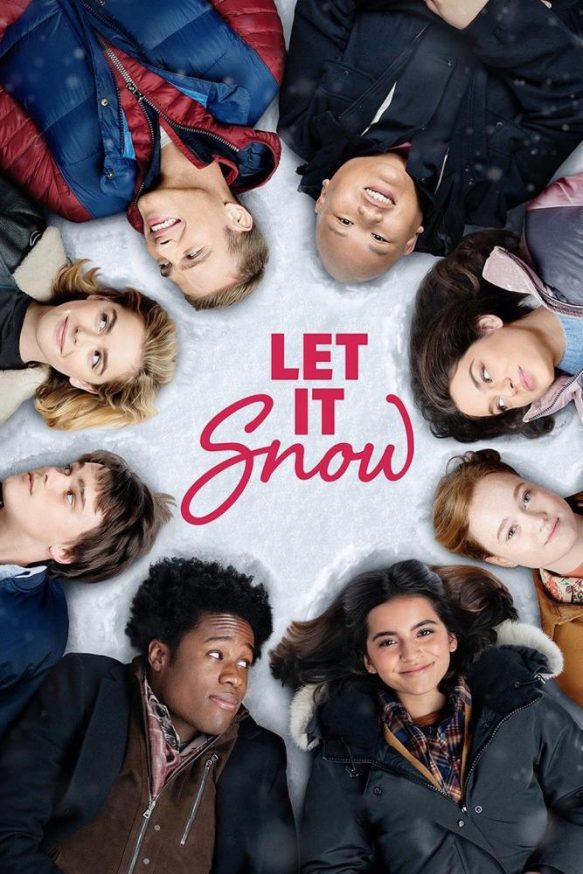 From Netflix under Fair Use

Even though it’s only November, it’s already beginning to look a lot like Christmas. With the temperature dropping and the release of Christmas movies, the holiday spirit is beginning to appear early this year.

On November 8, Netflix released “Let It Snow,” based on the book “Let It Snow: Three Holiday Romances,” written by John Green, Lauren Myracle, and Maureen Johnson. A teenage version of “Love Actually,” the movie shows the generic tropes of rom coms, making it predictable yet confusing, as it doesn’t fully explain the storylines.

The movie starts with the narrator saying it never snows on Christmas Eve in Laurel, Illinois. But, when it does snow, the storm creates new adventures for a group of high school students, each with separate storylines.

Julie (Isabela Merced) is trying to decide between going to Columbia and staying home to take care of her sick mother when she runs into pop star Stuart (Shameik Moore) on a train, causing the two to spend the rest of the day together. Meanwhile, Tobin (Mitchell Hope) spends the day figuring out a way to tell his best friend the Duke (Kiernan Shipka) that he’s in love with her while growing jealous of her friend JP (Matthew Noszka). Best friends Dorrie (Liv Hewson) and Addie (Odeya Rush) get into an argument about Addie’s relationship. Dorrie finds herself receiving mixed signals from Tegan (Anna Akana), while Addie drives around with the local crazy, Tin Foil Woman (Joan Cusack). The gang ends up at the party at the “Awful Town,” thrown by aspiring DJ Keon (Jacob Batalon).

The movie incorporates many familiar relationships–the girl resisting the pop star’s charms until she falls for him, the best friends falling in love, and the queer girl experiencing mixed signals. However, these storylines are never fully developed, making it like every other romcom. The movie also attempts to connect the characters at the end but never does. The plots are completely independent of each other and aside from ending up at the same party, they have nothing in common.

The movie incorporates a storyline between Addie and Tin Foil Woman to balance the romantic plots, but that story stays mostly undeveloped. This relationship was interesting, as Tin Foil Woman was teaching Addie that there’s more to life than a screen, prompting Addie to think about what she really wants. This underdeveloped arc seemed like a missed opportunity for an interesting friendship.

The movie also leaves a lot of unanswered questions. Why did Addie and Dorrie adopt a pig? Why was Julie tracking down this specific elf? How were underage kids able to throw a party with alcohol in a public restaurant without getting caught? How do JP and the Duke know each other? These questions could have been answered if the characters and their relationships were developed more.

Ultimately, “Let It Snow” is entertaining and predictable, making it a decent holiday rom com. However, if you want something new and interesting, then you should watch “Love Actually” instead.