Netflix’s ‘Velvet Buzzsaw’ Proves To Be A Successful Satirical Thriller 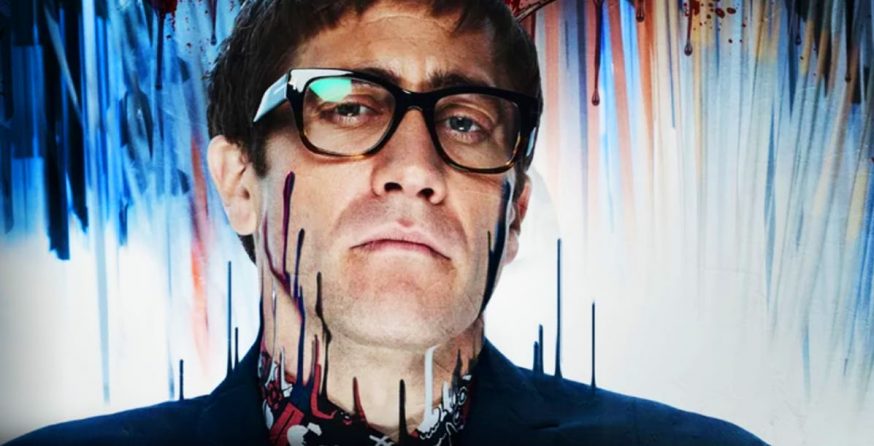 Image from ScreenRant under Fair Use

Conveying an underlying critical message through the production of a slasher isn’t the easiest to pull off in the film industry. However, in Netflix’s recently released thriller, “Velvet Buzzsaw,” director/writer Dan Gilroy does a phenomenal job of balancing the mediums of what a traditional thriller movie would contain and the portrayal of an essential message for narcissism in the commercialized art world.

The movie revolves around a group of narcissistic individuals so absorbed by the high-end art world that all they care about is the competition of what’s bought and sold. An art seller, Josephina (Hawe Ashton), discovers a collection of mesmerizing yet disturbing art in the apartment of Ventril Dease, a deceased neighbor. Her boss Rhedora (Rene Russo), a prestigious seller in the industry, finds out about this collection and together they realize its worth and attempt to profit. However, as well-known critic Morf (Jake Gyllenhaal) approves of the art work, he also digs into Dease’s past and soon realizes a negative spiritual presence within the artwork ends the lives of anyone involved with buying or selling it.

As opposed to how thriller movies normally create suspense from the beginning, Gilroy does a great job of creating a more collected mood which helps set up the plot. The first fifteen to twenty minutes focus on setting the scene of the pretentious art world and how it’s dominated by narcissism and greed. For example, viewers discover the crude nature of everyone involved in the high-end art industry by seeing the extent to which art dealers would go through in order to obtain the best art work and climb higher on the social ladder. They also recognize the selfishness in the characters’ personal relationships.

Although the movie does start slowly, it doesn’t fall short in the thriller aspect. Like every traditional thriller/horror film, this one also contains suspense that builds up to the gory deaths of the individuals. The trailer shows many people meeting a horrifying death through the artwork coming to life. Gilroy does a great job of building up to the suspense of how the artwork manages to come to life and kill the characters, which is something that keeps viewers on the edge of their seats. This concept also brings a sense of irony, since most of the characters don’t care about the artwork itself but in the end meet their own demise from it literally coming to life.

This isn’t the first movie where Gilroy has cast Gyllenhaal; they also worked together in the 2014 critically acclaimed thriller “Nightcrawler.” With Gyllenhaal’s diverse acting skills and Gilroy’s unique screenplay, they always deliver the best thrillers.

Although the film focuses on all the characters, it emphasizes Morf’s role, as he is the only one who realizes the dark nature of Dease’s artwork and the flaws in the art selling industry. Gyllenhaal’s acting is passionate and convincing of how Morf’s critical analysis of art work eventually drives him into a madness. His expressions perfectly display the growth of his character and Morf’s descent into insanity, especially in one of the scenes towards the end where he’s asked to review an art work, which is a closed room with speakers inside that emit real sounds of whales. In this scene before the whale sounds even start playing, he starts to hear his own critical words towards art, and it drives him into having a mental breakdown, which Gyllenhaal does a phenomenal job of showing.

The ending of the movie was suspenseful but somewhat expected. Unanswered questions of Dease’s death and why the paintings had an ominous spirit in them still remained, but it was a great way to leave the audience with a sense of eerie curiosity. The way the film wrapped up leaves viewers thinking about the essential message of the film: how the high-end art world can engulf people into selfishness and narcissism, a concept displayed through the deaths of the characters who were involved in the selling of Dease’s artwork.

Overall, “Velvet Buzzsaw” is successful in delivering not only a suspenseful thriller, but also a compelling underlying message.