After four months of hard work, the cast members  of this year’s musical, 42nd Street, are excited for its opening this Friday. The Crier has interviewed four of the Cast members of the musical: Hannah Lullo, Emily Miller, Ben Hyde and Audrey Rose. Hannah Lullo plays Peggy Sawyer, a hopeful girl with dreams of becoming a Broadway Star. Emily Miller plays Dorothy Brock, the current star of the “musical inside of the musical,” “Pretty Lady.” Ben Hyde is producer Julian Marsh, while Audrey Rose plays “Anytime Annie,” Annie Reilly, who is one of Peggy Sawyer’s friends. 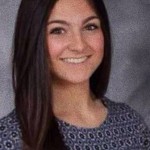 Lullo: I want to be on Broadway as well, and I’m very hopeful about getting there like Peggy.

Lullo: I like Julian’s part because he is a leader and he has memorized a ton of monologues.

Crier: Is there anything else you would like to add?

Lullo: I am very excited to play this rol,e and even though we haven’t had as much rehearsal as in the past, the cast and crew really worked hard to make this show the best that it could be, and I’m very thankful for everything. 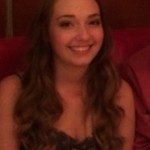 Miller: Dynamic, haughty, and a diva

Crier: What do you like the most about your character?

Miller: She is a lot deeper than she seems on the surface. She seems like such a harsh person, but deep down she is the same as everyone else and is understanding and does have feelings.

Miller: Abner Dillon because he’s just a clueless, southern, Buffalo Bill type character with a giant Handlebar Mustache who does anything to make Dorothy happy. He’s a great comedic relief in the show.

Crier: Do you find it interesting to be in a musical about a musical?

Miller: It took a lot longer to understand the show and I hope the audience understands it. There are some numbers that seem like they could be a part of actual show or the show within the show. 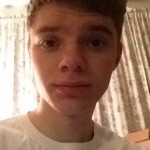 Hyde: We both carry ourselves well, we’re confident, prone to women’s charm, and are good at what we do.

Crier: What’s the funniest thing that ever happened to you on stage in this show?

Hyde: My mic was on when I was using the bathroom during rehearsal.

Crier: What scene are you most excited to perform and why?

Hyde: The “Lullaby of Broadway” because it’s an epic number that involves the entire cast.

Crier: What makes this musical different from the past four years?

Hyde: The set is very minimalistic compared to previous years, which will require some imagination from the audience.

Rose: I’m almost playing myself. Anytime Annie is a young girl who plays a few parts in “Pretty Lady,” the show within a show. She’s pretty sassy, and is known for being reliable, which is where she gets her nickname. I’m pretty sassy usually, and I would like to think I’m pretty reliable as well.

Rose: My favorite character has to be Dorothy. She’s so mean, and it’s hilarious. I think Emily [Miller] is doing such an amazing job with it. She plays a great shrill old lady.

Crier: What’s the funniest thing that ever happened to you on stage in this show?

Rose: The ‘friends’ end one of the songs by sitting on chairs, and when we first practiced with the chairs, they weren’t finished and some of them didn’t have seats, only the frames and it was funny because some of us almost fell through the chairs when we went to sit down.

Crier: What makes this musical different from past years?

Rose: This musical is the most different from past years because this show is an older show, and tap is such a big part of it. Dance is vital to the plot of the story. Plus, we’re all adjusting to the directing style of our new director, Mr. Koll. One of the new things we’re doing is keeping the pit in the band room, and feeding audio in through wires. There are a lot of other new ideas going into this show, and we’re all really excited to see how it turns out.

Click here to watch an exclusive behind-the-scenes video of a musical rehearsal!