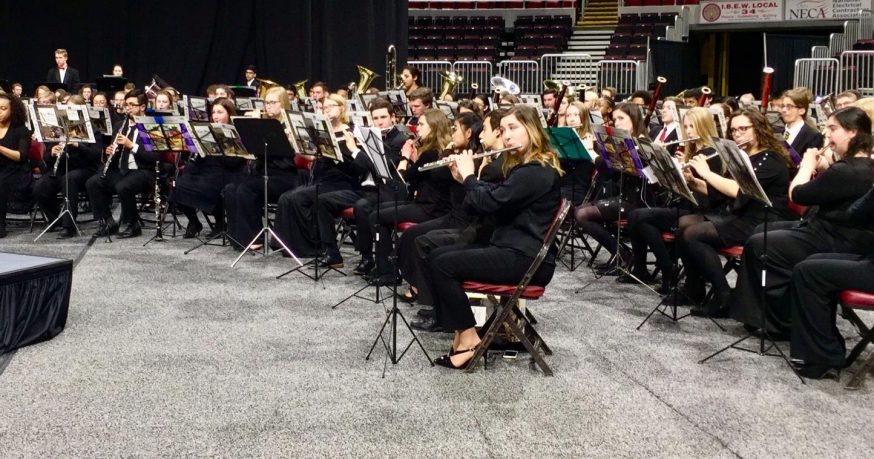 In order to make the All-State band, Vesco participated in a long audition process, beginning with a live blind audition. During that audition, Vesco played all 12 major and melodic scales, and then played two prepared pieces in two different styles of music. Vesco said, “The last and most daunting part is sight-reading, where you have to play a section of new music after looking at it for 30 seconds.”

After rehearsing the day before, the band had a short rehearsal and had their concert later that day. They played “Folk Dances,” “Rest,” “Florinter March,” along with “Symphony of Fables,” in which Vesco had a solo.

“I didn’t know what to expect when I got there, but I learned so much from the different experiences I had with various directors, meeting different adults in the music world, and making new friends. It was everything I dreamed of and somehow more,” Vesco said. “I think as a performer it was interesting to play with people who were as passionate as I was about music, and to overall be surrounded by like-minded people.”

Vesco gave some advice for anyone who aspires to get into ILMEA, “To anyone who is thinking of trying out for ILMEA or is frustrated with the process, my biggest advice is work hard and keep going even when you fail.”