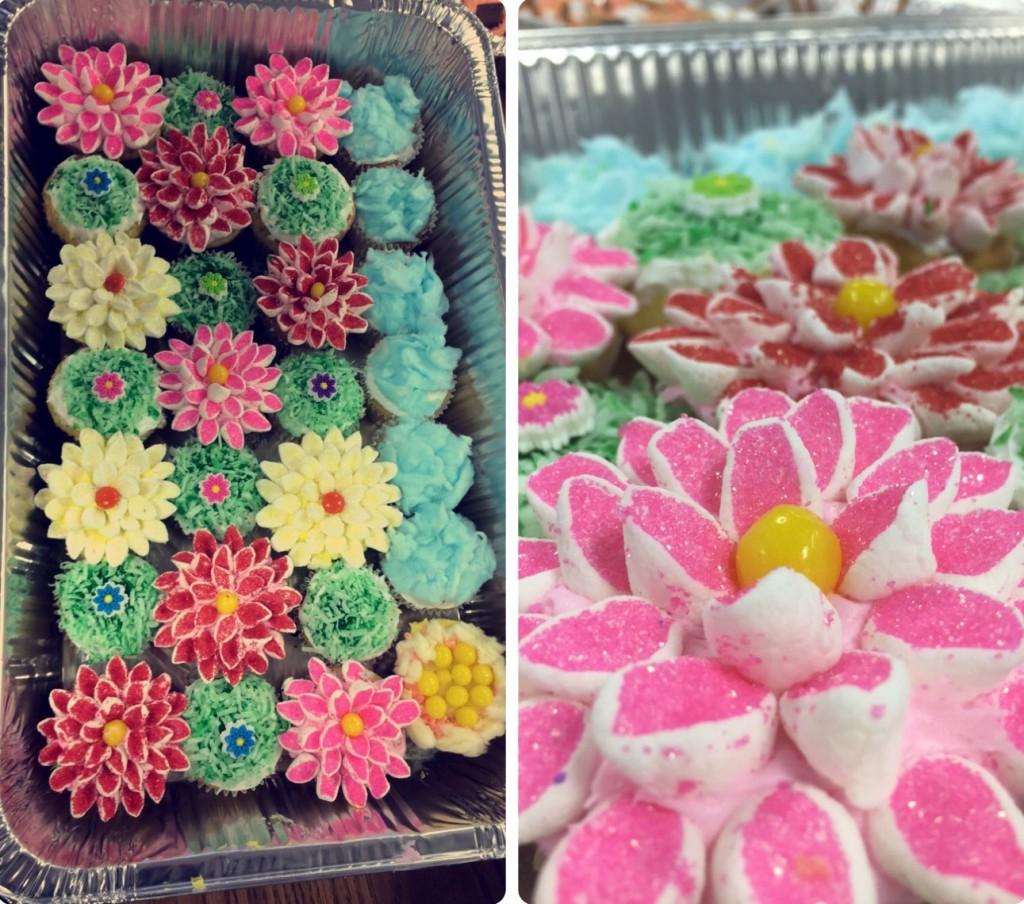 The winning cupcakes made by Family and Consumer Sciences

The smell of cupcakes filled the air on Friday, March 11 as students from many different activities gathered in Conant’s cafeteria to decorate them. A variety of candies and different colors of frosting  were laid out on the tables for each club to make their respective designs. Students and staff laughed as they decorated cupcakes with their friends, classmates and colleagues. Finished cupcakes were put in trays and brought into the staff cafeteria where people could admire the designs. This was the set up for Joe and Pat Schlender’s Cupcakes for a Cause on Saturday, March 12, an event that raised $7,500 for charity.

Amy Rodriguez, a sophomore, said, “It was an awesome event to fundraise for autism awareness.” She said that it was cool to see so many people involved.

The event raised money for autism awareness, Cougars in Need, and partners in the community through the selling of the cupcakes, which clubs decorated the day before. People were asked to bake and then donate the cupcakes, though people could donate store and bakery bought cupcakes as well.

The number of cupcakes did become an issue.  Social Studies teacher and Student Council sponsor David Moravek said there were not enough cupcakes for some clubs who had many decorators and too many for clubs that didn’t have such a big turnout. There was also some delay in getting supplies like trays and gloves.

Still, $7,500 dollars was raised through donations, a raffle and the sale of the cupcakes, which were sold for $2 apiece, or $20 for a dozen. They were laid out on tables surrounding a giant cupcake-shaped tower. Club members and faculty participated in selling the cupcakes to people that came to the event, and even bought some themselves.  Judges voted the flower cupcakes, made by Family Consumer Sciences, the winners.  A photo gallery of other decorated cupcakes is available here.

Nicole Brashears, a freshman, said, “Everyone seemed to be getting involved and the cupcakes were decorated wonderfully and tasted delicious, too.”  She added that it was cool to be a part of these events in which everyone put in so much effort to raise money.

The cupcake event was held in conjunction with Bunny Extravaganza,  an event geared toward both staff and their kids as well as people from the community.  Holding the events together allowed people come and enjoy the activities at the Bunny Extravaganza while also buying cupcakes to support the cause.

Events at the Bunny Extravaganza included, among other activities, an egg hunt run by Student Council, face painting by Sophomore Class Council, Bunny Hoops by Writers’ Club and a Wii game station run by the technology club. There was also a drunk driving simulation run by Students Against Destructive Decisions. These activities provided enjoyment for the children of Conant’s staff and community members who attended the event.

Allison Sadural, a sophomore, said, “A lot of different people from the neighborhood came, and the kids were a blast.” She gave an example of a family whose children go to Fairview Elementary School who came to support the cause. They vistited the mask table, made bags and played the balloon activity at the booth run by Sophomore Class Council.

Mrs. Hebert, a Conant math teacher said, “The events were very well run. There was a great variety of activities for the kids.”  She added that her kids enjoyed both the cupcakes and the games.

Editor’s Note: An earlier version of this article stated that the events raised $750.  The actual figure is $7,500.