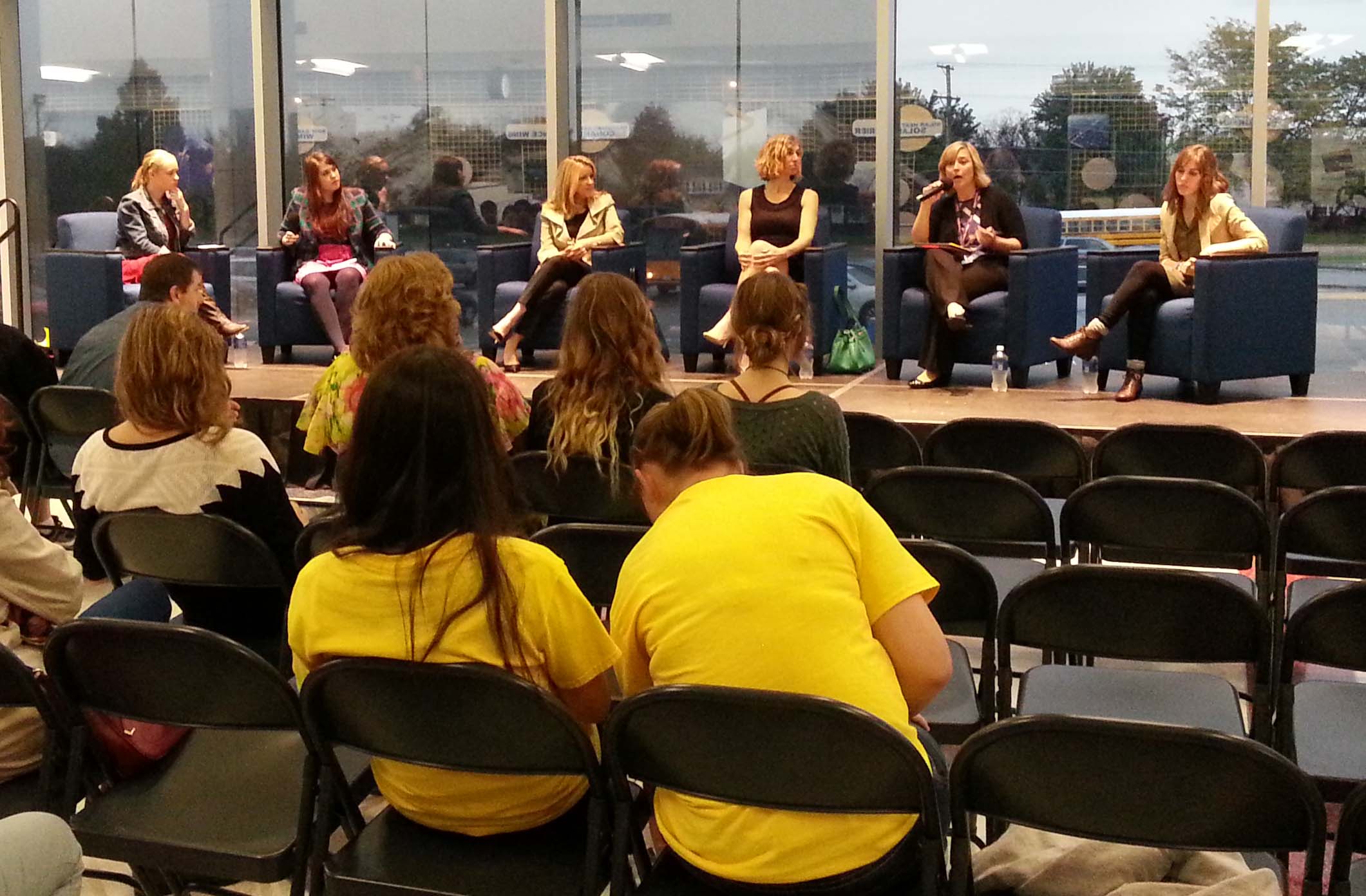 Four women in the Chicagoland area were invited by Conant’s Feminist Club to speak at the first round table discussion on Tuesday, October 14. The women included: Melissa Gatter, a former Conant student who co-founded the Women’s Initiative at the University of Chicago; Julie Nowak, Conant’s first female principal; Heidi Stevens, a journalist at the Chicago Tribune; and Victoria Stumpf, a senior Vice President of a large company.

The Feminist Club was started to raise awareness of women’s issues and bring the topic of gender equality to the attention of the Conant community.

Asra Syed, an English teacher and sponsor of Feminist Club, said, “The event was a way for us to show empowered women and let them give advice and their stories about how they worked to get these leadership positions and also how to maintain positive leadership.”

Robin Barr, a senior and co-founder of Feminist Club, said, “We hoped that this would educate Conant community members about some of the gender-based issues that these women have encountered.”

Syed mentioned, “We wanted to encourage positive leadership skills from females and males in the Conant community, and so we found four women who lead by example to tell us about it.”

Syed also said that the three adult women are not only leaders in their careers, but also mothers and family-oriented. They explained how they found the balance between their professional lives and their home lives, and gave great advice and suggestions about managing time and making it all work.

“My favorite part of the event was just hearing advice that each of the panelists had to offer. It was very inspirational. Especially as a young women myself about to go off to college next year, it really inspired me to take charge of my own life and have the confidence to be able to achieve my dreams,” said Barr.

Syed mentioned, “They did a great job bringing such differing perspectives that everything went well as a result. We were so privileged that all of them  agreed to attend and share their knowledge, advice, and perspectives with us.”

Sarah Richter, a senior and member of Feminist Club, said, “I really admired how they responded saying that they didn’t try to act any differently or that they weren’t uncomfortable because they were the only women. I enjoyed hearing that because it shows that they didn’t let the fact that they were women hinder them in any way while at work.”

To learn more about feminist club, contact Ms. Syed in the English office, or come to a meeting after school on Mondays at 3:30 pm in room 119.

Key questions asked and answered in the panel:
What characteristics do you think are necessary to be a great leader?
Heidi Stevens: A strong moral compass; you don’t need to check with other people around to know what’s right or wrong.
Melissa Gatter: Just working with others and being open to others’ opinions.
What are some everyday challenges you have to face at your job?
Victoria Stumpf: I didn’t expect to be where I am now; I was originally a salesperson. I enjoy working with people and in this role, I get to do a little bit of everything: problem solve, work with clients, and be creative. It took a lot of time and learning. I try to continue to see and look for mentors, learning from them and always trying to improve and keep up with the times, especially with the technology.
How prepared were you for your position as principal?
Julie Novak: I felt pretty prepared for this position, [but] being a principal wasn’t something I thought about becoming when I was a child. After spending time in a classroom was when I was told that I had great leadership skills. It’s exciting to me and I’m proud to take that role, but I really hope that the fact that I’m a woman doesn’t affect the fact that I’m a good principal.