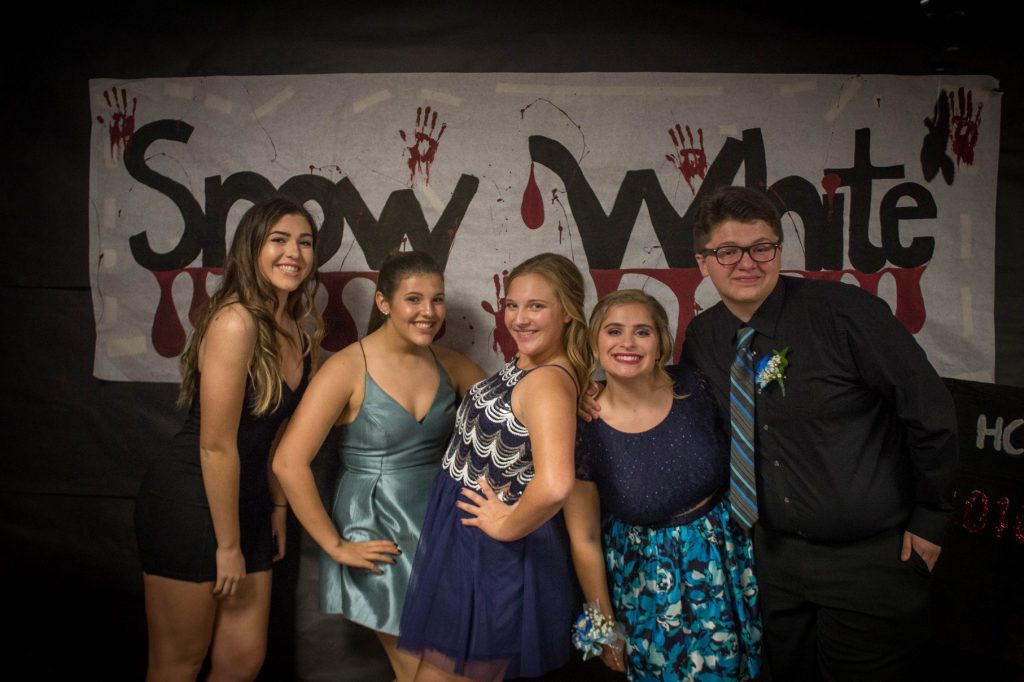 Students pose at the haunted Snow White backdrop at this year’s Homecoming dance.

In response to students’ criticism of last year’s homecoming and WinterFest, Student Council added new elements to this year’s “Haunted Homecoming.” The attendance of the Oct. 8 dance was about 1,700 students, similar to last year’s.

After students expressed distaste for BOOM Entertainment (BOOM), Student Council conducted interviews and consulted other schools to find a new DJ. This year, CHS hired Dance Party DJ. The dance also featured a one-hour performance at the end of the night by DJ Spin from B96.

However, there were still mixed reactions to the music. Student Council Co-President Tommy Zanichelli, ‘17, said “the music choice was poor” because the DJ “didn’t play many newer songs.” On the other hand, Melanie May, ‘18, said she “loved the song choices.”

Student Council Co-President Sarika Debruyn, ‘17, acknowledged that “not everyone is going to be happy,” but the goal of the new DJ was to try to minimize the negative feedback.

In response to complaints from last year, the sound and lights were hung 16 feet above the dance floor so that everyone could hear the music clearly. There was the biggest stage front in the history of CHS. Additionally, Dance Party DJ created a 360 degree wrap-around light show and used over 257 square feet of LED panels to create lighting effects. Nora Dinkha, ‘19, enjoyed “the way more lighting effects” were included in this year’s dance.

Student Council adviser David Moravek said, “This is our best and most outrageous step up for the Homecoming Dance in our history!”

Anisha Narain, ‘18, liked the new stage, but didn’t like how much pushing and shoving there was as people tried to get to the front of the stage.

In response to this, Moravek explained that while there were a similar number of people at the dance to last year, the problem was that “more people were concentrated in the gym due to the air conditioning.”

The dance was held in the gym, but there was a lounge area in the cafeteria, with snacks, drinks, and speakers to allow students to still hear music while they relaxed. A coat and shoe check was run by the Booster Club in the Atrium, as in year’s past.