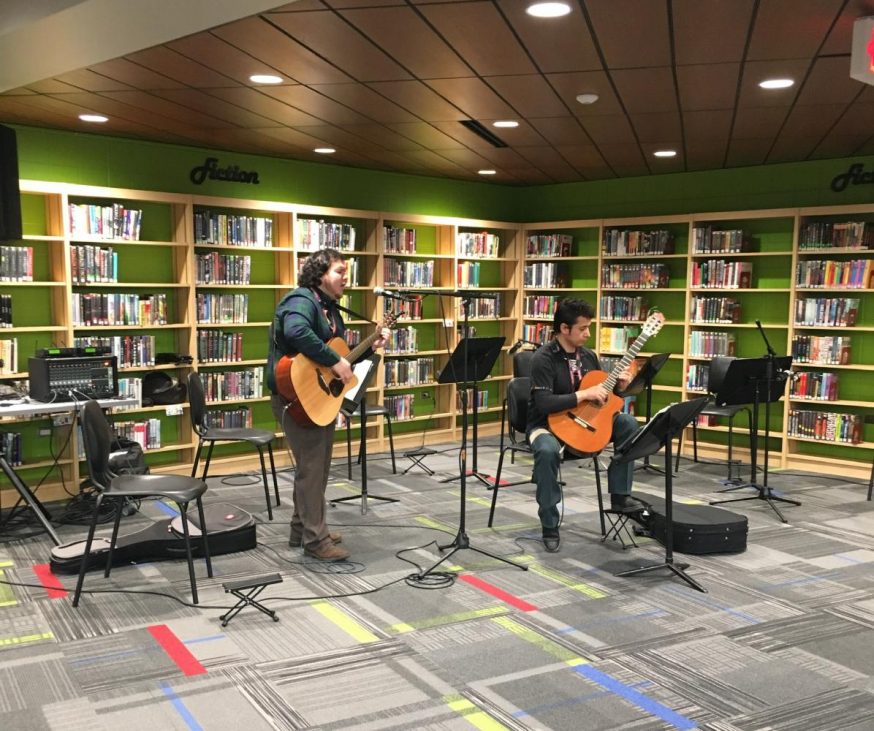 Guitar Club performed live music during lunch periods to promote their after-school show on Feb. 28. Guitar Club Sponsor Edgar Huerta said, “Some students have been able to incredibly go from a beginner to an intermediate level in a matter of months; I am also impressed that students have had the ability to adapt to playing with other students and keep up with the club’s demands.”

During fourth period, Media Teacher Assistant Julio Alvarez made an impromptu appearance, singing “Wicked Game” by Chris Isaac with Huerta. Alvarez said, “It was Guitar Club doing their thing and we wanted to make sure that we were using the Media Center’s space in different ways.” The Media Center hosted a Fun Week earlier this year with different activities every day of the week, and they hope to continue to present different activities during lunch periods. In March, the Media Center hopes to have orchestra playing music during lunch periods.