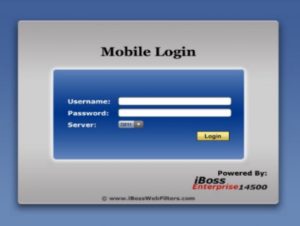 Students lost files, couldn’t access Schoology, and experienced other internet issues with the Aug. 22 implementation of iBoss. These difficulties prompted D211 to make the use of iBoss optional for some parents and to work with the company to expand its bandwidth so all students can use the program simultaneously.

The iBoss filter was intended to provide parents with more control of their child’s internet activity at home.

Technology Coordinator Paul Kim said, “Communication with community members, parents, and teachers took place and input was gathered. There were community engagement meetings about iPads where parents were concerned about home iPad use and how to monitor it.”

The filter activates when students connect to any wifi source outside of school and is designed to replicate school restrictions at home. After logging into iBoss, students can use the internet for eight hours before having to log in again.

However, many students experienced problems logging in when D211 made the decision to put iBoss on everyone’s iPad.

Ambareen Abbas, 18, said, “It took forever to login and was frustratingly slow once I was logged in.”

She added, “Because of this, I was unable to access and turn in assignments, send emails, or even use the internet.”

Kim explained that the problems were the result of an implementation issue. With about 12,000 students district wide logging in at one time, the server was overwhelmed.

“The company was not anticipating this mass hit; it was only capable of 10,000 devices at one time,” Kim added.

The solution was to only have iBoss on underclassmen’s iPads since they already had it before. For upperclassmen, parents can choose to have the iBoss filter implemented on their child’s iPad.

In an email sent out to parents, Kim said, “If you desire to implement individualized iBoss internet content filtering on your child’s iPad when used outside of school, please contact the assistant principal assigned to your child.”

Leah Pope, ‘18, agreed with this decision, saying, “Some students are under the illusion that their school issued iPads belong to them; they don’t. They belong to D211, and once the students graduate, their iPads will be returned to the school.”

Because of this change, the iBoss system won’t be overwhelmed, as not all students in the district will being using iBoss, and parents can monitor their child’s iPad use at home if they choose.

Kim said, “The problems will be resolved. As the program is evolved, we will fine tune the program to best help the students.”