Conant’s fall sports season has officially wrapped up with many key players in a variety of sports reaching the state level. With the winter season fast approaching, here’s a short look at the fall season.

The boys varsity soccer team competed in their first round playoffs against Saint Charles East High School but lost a tough game, 1-2. A highlight of their season was the win against Schaumburg, 3-2, during homecoming week. You can check out their game winning goal here.  Watch out for girl’s varsity soccer this spring. 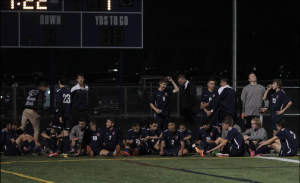 The varsity boys soccer team at their final game.

The girls cross-country season is officially a wrap, as junior Sydney Davis went to state and came in at 51st place in the 3-mile run at 17:40.59. That is a 5.53 minutes/mile pace. Boys cross country also had a solid season, with senior Armaan Goyal getting 16 minutes and 11 seconds in a 3-mile run, being the first to finish at the Peoria Invitational September 12. 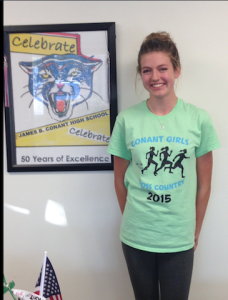 Junior Sydney Davis at Conant before heading out for her state competition.

Two outstanding athletes competed at their state competition Thursday, October 22: senior Priya Gupta and junior Gaby Kaminski. In the first round they defeated Gianna Delia and Olivia Judge from Lincoln-Way West High School, but fell short in the second round against Tess Lubin and Michelle Buyer from Hononegah High School. In the second round consolation, the doubles team lost against Meghan Davis and Erin Zanolla, also from Hononegah. 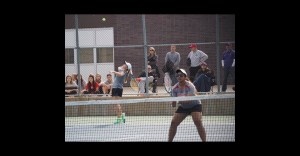 In their first game of the playoffs, the varsity team lost 35-43 in an action-paced game against Stevenson High School. The Cougars led the game in the first half 28-19, but key touchdowns and field goals brought the Patriots in the lead in the second half, and ultimately the win. Key performers from Conant included senior Kyle Bradley (20-for-38 passing, 332 total yards, five touchdowns and 93 rushing yards); and senior Palmer Graham (eight receptions, 185 yards and one touchdown). The team ended with a 6-4 record. 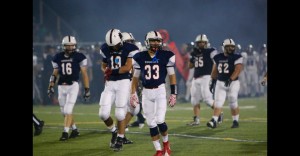 They say defense wins games. For the Cougars, this was true. Senior Tim Cullen leads off players after a successful turnover. 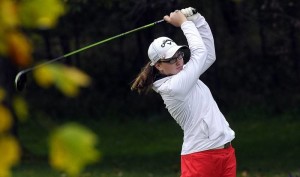 Ravi Shah is a junior at James B. Conant High School, and this is his second year on Crier. At Conant, he is involved in gymnastics, BPA, and class council. In his free time, he enjoys sports, volunteering, and spending time with friends and family.