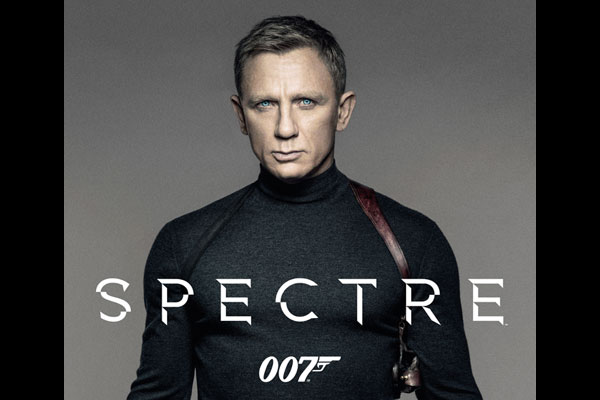 In typical Bond fashion, Spectre opened with seduction, murder, an exploding building and a hijacked vehicle- all before you could get comfortable in your seat. It was a spectacular and promising start, but the movie failed to give a satisfying accompanying plot.

The 24th James Bond movie, and the fourth appearance of Daniel Craig as James Bond, premiered Friday, November 6, and it had a lot to deliver. Its most recent predecessor, Skyfall (2012), also directed by Sam Mendes, was dubbed an “instant classic” in the series by critics and fans alike.

One of the virtues of the Bond saga has been its ability to combine flashy action sequences with a story relevant and believable enough to fuel them. It was obvious that Spectre‘s producers wanted to maintain this standard, but it simply didn’t hit home. The ideas felt recycled- the necessity of maintaining the MI6 Secret Intelligence service had already come into question in Skyfall, and the goals of the evil SPECTRE organization were so unclear, it made it hard understand what Bond was really up against.

A substantial twist during the last segment of the movie provided hope for a good explanation that would neatly wrap things up. Unfortunately, it led to a torture scene that was too disturbing to be as thought-provoking as intended.

However, the movie hardly calls for the death of the franchise. There were plenty of good aspects to make up for what may have been missing elsewhere.

One of the movie’s subplots deals with C, the head of the Joint Intelligence Service, trying to create an intelligence agreement between nine countries to share all their data. This “Big Brother” program is hardly a stretch from our world’s current technological inclinations. It makes you think about what is more important: the right of privacy, or the possibility of true security? Bond believes it’s privacy, but there isn’t an obvious answer.

Spectre also continues where Skyfall left off in telling the story of James Bond’s childhood. This helps humanize a character that comes off as frustratingly broody at times.

The Bond movie formula usually calls for a “Bond girl,” or a glamorous and disposable love interest for Agent 007. Spectre breaks the mold a bit here, making Madeleine Swann (Léa Seydoux) a useful and independent character. She demands respect from Bond, giving the couple a refreshing dynamic.

The film work itself stands out in Spectre. In fact, the settings are easily the best part. A festive parade in Mexico City, a high-speed car chase on the streets of Rome, a tense scene in a ski-lift on a gorgeous Austrian mountain range and a villain’s lair in the deserts of Morocco all add glamour to the story. Crucially, the action scenes are exciting and well put-together, but even the moments of calm keep viewers in anticipation.

The dialogue and acting were also handled very well. There were some legitimately funny exchanges and some powerful, emotionally-charged ones.

Overall, Spectre was best when working with tried-and-true Bond tropes, but it’s lacking in purpose. It’s worthwhile if you want to see a good big-budget action flick, but don’t expect anything else from it.