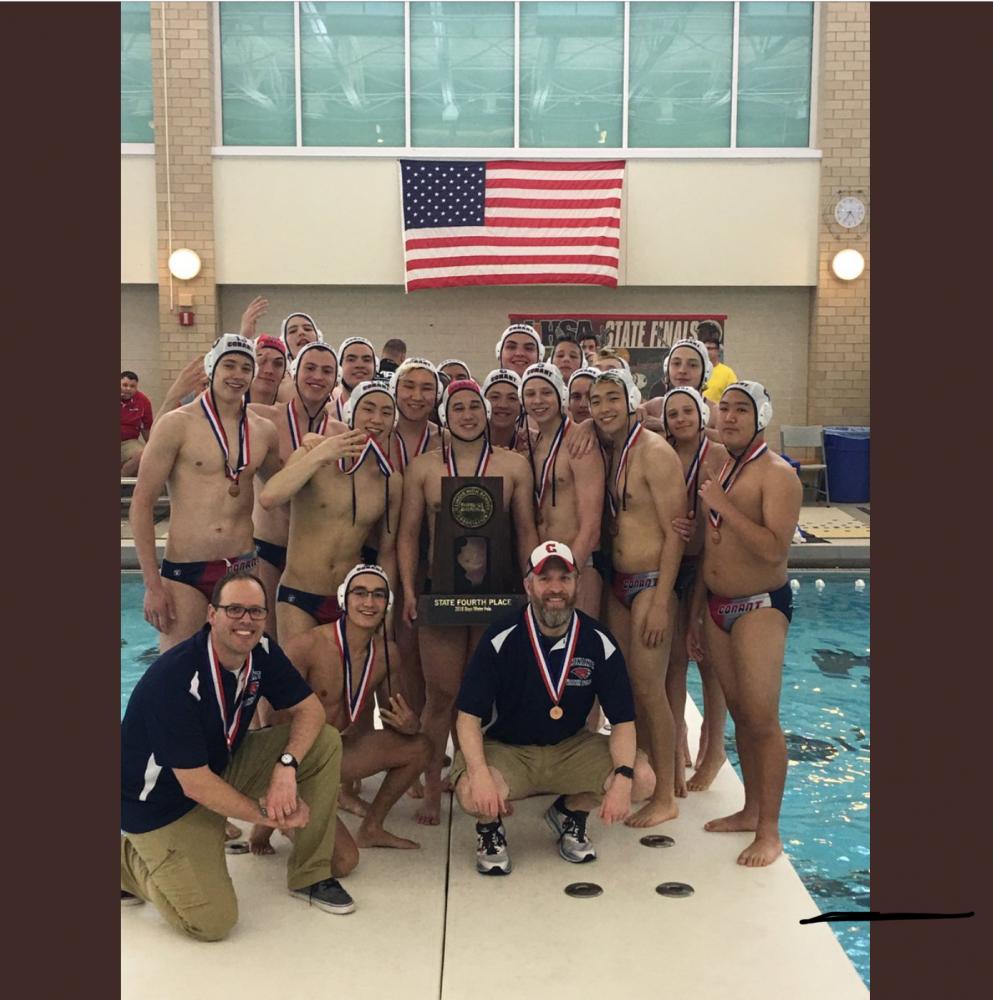 Head boys’ water polo coach Tim Daniel was named as the Illinois High School Association (IHSA) Boys’ Water Polo Coach of the Year on Oct. 23. This past season, the boys’ water polo team placed fourth at IHSA State, the highest the team has finished in their history.

“[Winning the award] was cool,” Daniel said. “It wasn’t a life goal of mine or anything, but it’s always pretty cool to be validated for all the hard work the team does.” The IHSA selects one coach of the year for each sport they sponsor, and the selections are based on the coach’s success the previous season, their career success, sportsmanship, and contributions to the sport.

Besides coaching at Conant, Daniel has also been a coach in the olympic developmental program since 2003 and has also coached for the USA National Team’s Men’s Youth and Cadet teams. Additionally, he is a founding father of the Northwest Chicago Water Polo Club (NWC).

Varsity boys’ water polo center defender Mikey Bland, ‘19, said, “He always pushes us really hard. Even though we can accomplish something and do something correct — but he is always driving us to be better and to pursue perfection, which I really appreciate.” During the season, the team sometimes has six to seven games a week, but Daniel will still have his team practice in the morning and make sure his team is not cutting corners during those practices.

One of the beliefs Daniel has implemented with his team is controlling what they can control. “If we always focus on those standards and being accountable and our character developments, I think the wins and losses take care of themselves,” Daniel said.

In order to make his team accountable, Daniel creates three accountability groups for his team, with each group having players ranging from freshman to seniors. Varsity boys’ water polo utility player Carson Jess, ‘19, said, “The whole goal is to have the people in your accountability group hold you accountable, obviously, like making sure people are going to practice and taking care of your body.”

Newby said, “Tim is genuinely not only trying to improve his own team, but help improve water polo in the area, which makes us all better and more noticed as a water polo area, like [the] Naperville, Chicago Catholic schools, Lyons, and Stevenson programs.”