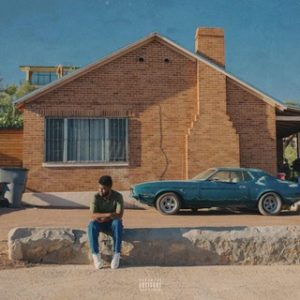 Ever since Khalid’s hit debut album “American Teen,” released in 2017, fans have been eager to hear more music from the new R&B artist. Since then, he’s collaborated with many artists such as Benny Blanco, Normani, 6lack, and Shawn Mendes to release a variety of top-charting singles. More than a year after his debut album, Khalid finally released a new EP, “Suncity,” on October 19.

Expecting Khalid to stay amongst his usual balance of pop and R&B style, fans were surprised to see that he branches out towards a more significant R&B style, with even a hint of reggaetón in the track “Suncity,” which features Latina singer Empress Of.

Compared to his last album, which had significantly more upbeat pop tracks, Khalid has an overall sultry and laid-back sound in this EP. He starts the album off with a vocal-less interlude “9:13” that’s a perfect introduction to the seductive ballads that are featured in the rest of the tracks.

From the short fifty-three second intro, Khalid transitions into his second track “Vertigo,” which is perhaps his strongest track in this EP and hooks you into the rest of the songs as they intricately bind into one another. The melody created through the soft violin sounds creates an intoxicating feel as the track perfectly blends in with Khalid’s vocals. The dream-like beat creates a perfect nostalgic and curious mood, along with lyrics “Are we alive? Or are we dreaming? After the ride? Are you living?”

After the strong, introductory first track, he smoothly transitions into a more fun acoustic guitar jam, “Saturday Nights,” a song exploring the intricacies of being young and finding your way into the world. Although the song has a more up-beat sound than “Vertigo,” it still maintains that unique, laid-back sound that the entire EP encompasses.

“Salem’s Interlude” is a voicemail interlude, something quite popular in the R&B genre. However, unlike most voicemails put into songs, it’s not bitter about an ex lover; rather, it explores the difficulties of self-discovery and growth, a concept that he seems to bring up in his music often. The interlude serves as a simple, calming transition in the middle of the EP.

The last few songs, “Motion” and “Better,” flow into one another as “Motion” ends with a few lyrics that are a part of the chorus in “Better.” The last track, “Suncity,” is the most fast-paced and fun of the whole EP, serving as a light-hearted song to close. In this song, Khalid definitely branches out of his usual R&B style, combining it with a reggaeton sound that gives the the whole EP an exciting flare.

Overall, Khalid continues to explore his place in the R&B world with melodic ballads and does a phenomenal job of it as he creates his own kind of sound that stands out amongst other upcoming artists.