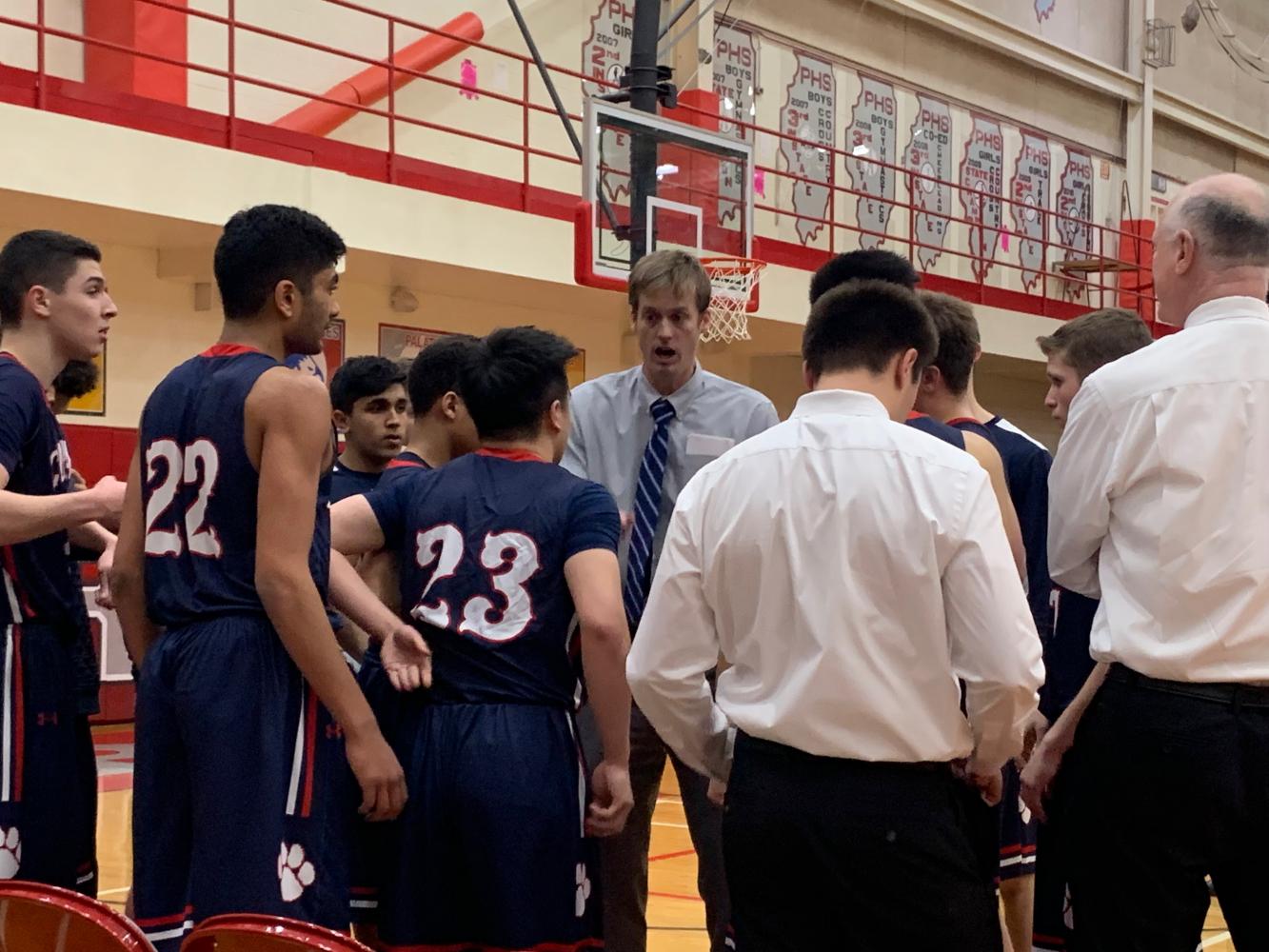 Head coach Jim Maley talks to his team during a game against Palatine on Feb. 1.

The boys’ basketball team will begin their road to State on Monday when they play against the Von Steuben Panthers at 7:30 p.m. at Conant in the Regional Quarterfinals round of the Class 4A IHSA Playoffs. The Cougars are the No. 12 seed in the Niles North Sectional, while the Panthers are the No. 21 seed, the lowest seed in the Sectional. All Regional-round games for the Cougars will be hosted at Conant.

Head coach Jim Maley said, “We’re obviously the higher seed in that matchup, but I think come playoff time you could throw those out the window. We’re going to have to be ready to be play. We can’t look past anyone. I think the game plan is that we need to play well defensively, rebound the basketball, and force them to beat us with outside shots.”

“Earlier in the year when we played them, we played them the afternoon after we just played a night game, and they didn’t play so I think that was a big advantage for them,” Maley said. “But they’re very good. They shoot the ball well, they move it, they play pretty solid defense. But I think [this game] could be a different story.” Maley added that forward Devon Ellis, ‘21, has improved a lot since that time and the team is playing better in general.

The Cougars have changed their defense since the start of the season. Forward and Captain Raj Mittal, ‘19, who was recently named to the MSL All-Conference team, said, “On defense, we do a lot more talking, and in practice, we practice raising the energy and putting some pressure so that you know in games when our offense isn’t clicking, our defense is creating offense for us. I think that’s an aspect we didn’t have in November to win games.”

Maley said, “We kind of switched up how we played our zone defense. It’s more of a matchup zone now, which forces [our players] to talk and communicate. I think it allows us to be closer to other teams’ best shooters.”

The Cougars are excited about playing the Regional round games at home. Mittal said, “Knowing our home crowd and the fan support we have, it’s going to help us out a lot in games.”