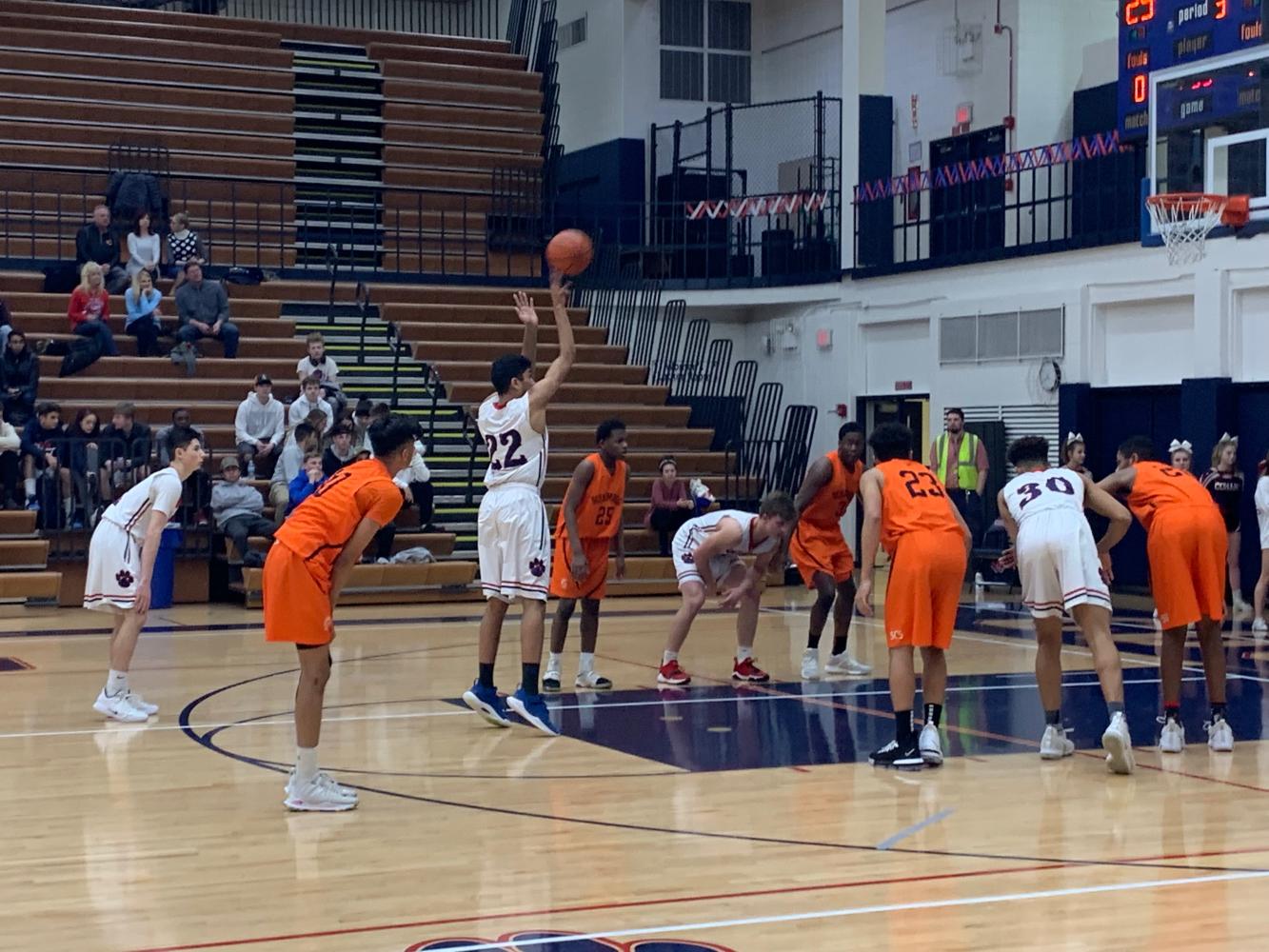 Captain and forward Raj Mittal, ’19, shoots a free throw against Schaumburg Christian on Monday night, which was also senior night. The Cougars won 62-44.

On Monday, the boys’ basketball team not only celebrated their senior night, but also a victory, as they defeated the Schaumburg Christian Conquerors 62-44.

While the Cougars won by a wide margin, the score was at times much closer. In fact, they were up just 21-20 at halftime.

Head coach Jim Maley said, “Senior night is always a tricky thing because your whole kind of routine is thrown off. I was worried about it, and then it came true. [The Conquerors] came ready to play. They brought a huge crowd. I thought they played pretty well in the first half and we did not play so well.”

Captain and forward Raj Mittal, ‘19, who scored 17 points, said, “We didn’t take this game as seriously as we should’ve. That’s the team’s responsibility. Luckily, we were given a second chance in this game despite the way we played. We were able to stay with them and got away from them in the second half.”

The Cougars went on a 17-4 run during the entire third quarter. Maley said, “I went a little crazy at halftime. I don’t like to do that on senior night, but I think we needed it, and it showed on how we came back in the second half. [Captain and guard] Anthony Wachal, [‘19], led the charge with just how tough he started to play in the second half. We need that from the very beginning.”

Before the game, seniors were honored with their parents and were presented flowers. Wachal said, “Playing for this program for four years has been a blessing. I love this school. I love this program, the guys, the coaches. I wouldn’t want to play anywhere else.”

Mittal said, “Coach Maley has done an excellent job bringing this group together and making us compete at a high level. We’re just going to have to keep that going. We still have some season left, and us seniors — I think the whole team is going to show everyone what Conant is really capable of in this last stretch.”