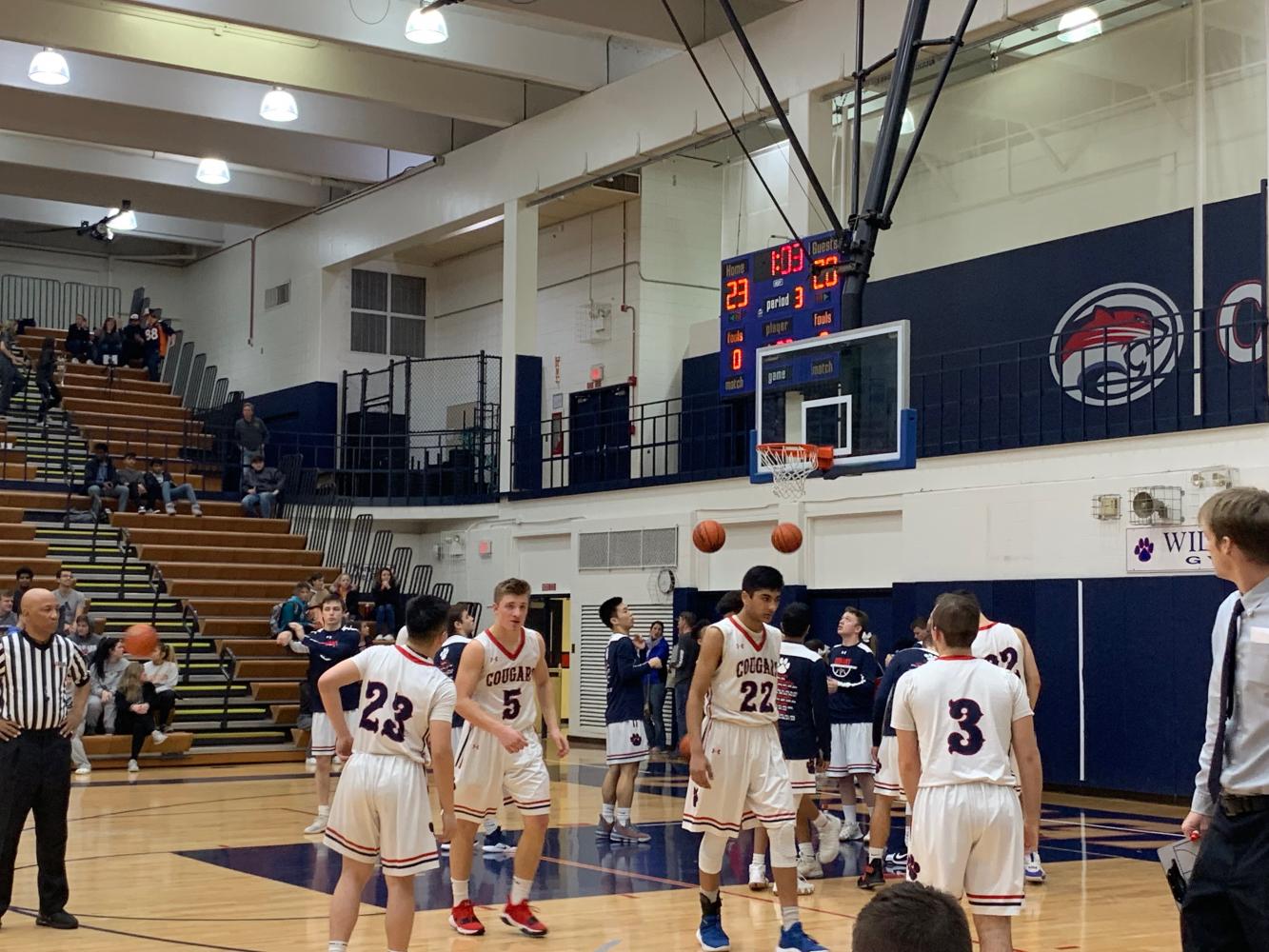 The boys’ basketball team warms-up before starting the second half. The Cougars defeated Palatine 59-45 on Friday.

Up 23-20 against the Palatine Pirates at halftime at home last Friday, the boys’ basketball team was able to maintain that lead for most of the second half to come away with a 59-45 victory, bringing them to 2-0 in the conference.

Swingman Jon Kolev, ‘19, scored 11 points, and head coach Jim Maley was i pressed by his performance. Maley said, “I thought he played his best game I’ve seen him play in a long time. He was playing with confidence. If he’s doing that, we’re going to be a tough team to beat.”

Kolev said, “These past couple of games, when we started out I was lacking confidence. I know I had it in me. I had my teammates’ trust in me hitting open shots. I didn’t let the team down, and I did what I had to do to keep my confidence up for the whole game.”

Besides the Cougars finding ways to put up points on the board, they also had to change their defensive strategy before the game to counteract Pirate 6-foot-6 and 305-pound forward Julian Campbell, ‘21. Even though Campbell scored 21 points, the Cougars said they believed the defense worked well against the Pirates.

“We knew he was a tough player, so we switched up how we play our normal defense, our normal zone,” Maley said. “We dropped a guy, we tried to [go in] front [of] him with back side help and then our guys executed and we were still able to close out on shooters pretty well so it was good to see.”

The Cougars play tonight at Schaumburg, who is currently 7-3 on the season, making them the toughest conference opponent they have played all season.