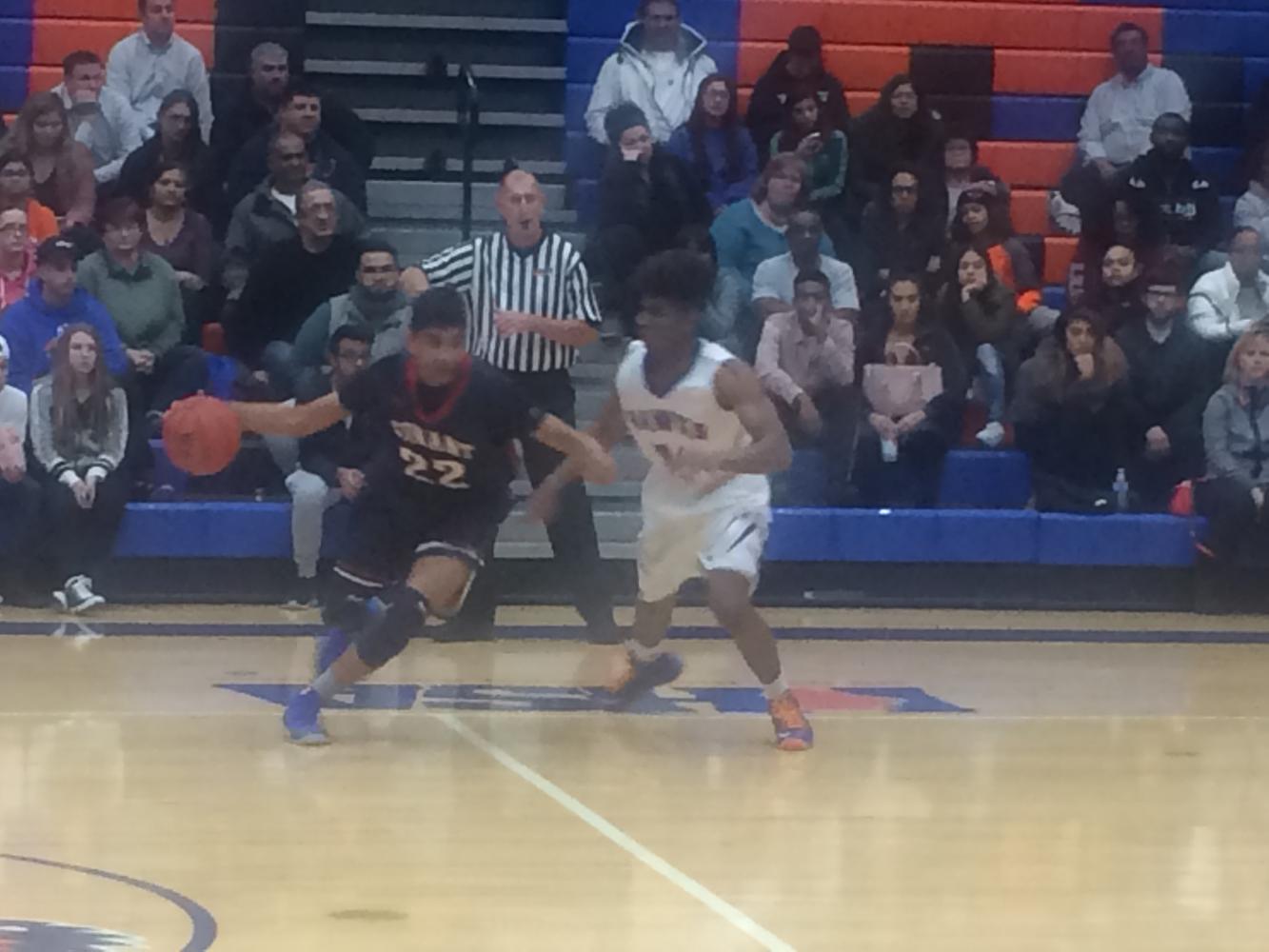 Rajat Mittal, ‘19, attempts to get around a Hoffman Estates player in a game where he scored 18 points.

Playoff time is coming soon for the Cougars. After they finish off their regular season slate against Wheeling at home today, they will have a week-long rest before starting the IHSA playoffs at Deerfield against either Lake Forest or Round Lake.

Maley said he believes his team is getting hot at the right time and also added that the team got what he thought they deserved with a five seed in their Sectional.

“We’re one of the better teams in our Sectional. I like how the bracket sets up for us,” Maley said

For the Cougars to qualify for State, they’ll need to win a Regional, Sectional, and Super-Sectional Championship in a span of five games.

But, for now, the Cougars know they haven’t made it deep in the playoffs just yet. Mittal said, “Coming out ready to play with a sense of urgency is what our coach tells us before every game now. [In the] playoffs, [if] you don’t come out to play one game, you’re out. This year, [we have] a shot with this team to go far. So, we’ve got to make sure we’re ready to play, so we don’t lose that chance. That opportunity doesn’t come with every team.”