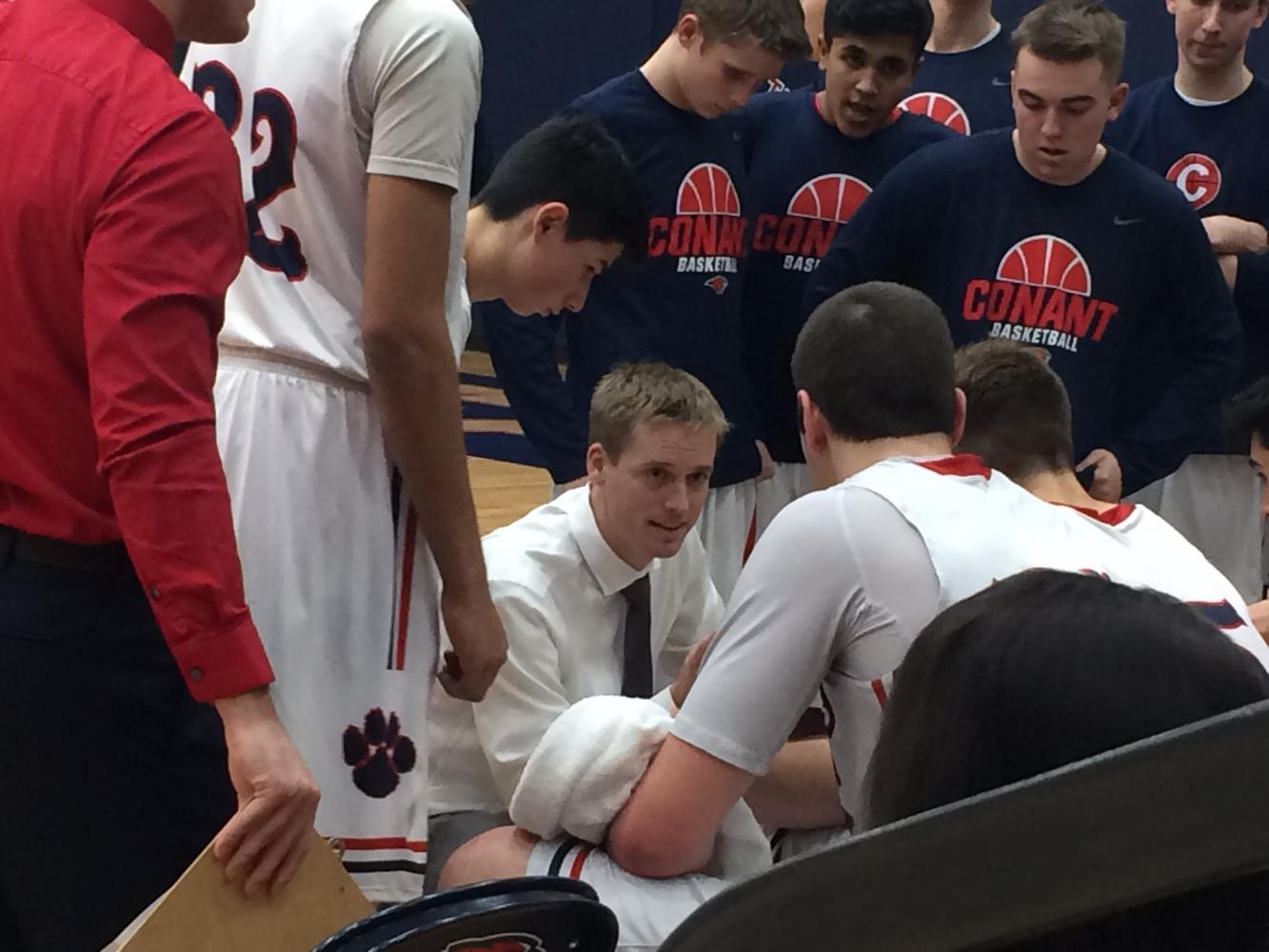 Head Coach Jim Maley (middle, center) talks to his team during a timeout.

Earlier this season, Head Coach Jim Maley named two of his team’s struggles: trouble with fouls and trouble with scoring. That changed Friday night in a 60-42 win over Schaumburg.

The team’s leading scorer, center Ryan Davis, ‘18, led the Cougars to a win by staying on the court and committing no fouls in the first half.

“I felt that I was able to be foul free by just not trying to block every shot and really just tried to stay under control on offense and defense and not let them take charges on me or make me chase after a block,” Davis said.

Maley said, “We’ve been looking for other guys to step up, and [other] guys made shots. I thought it was awesome how unselfish Ryan was. He kept kicking out to guys, and he could’ve forced a little bit but he didn’t.”

Maley said he was also impressed with Schols’s footwork on Friday, which he said made him automatic when he had an open shot.

“Coach has been getting on me all week about being ready to shoot, and I was tonight,” Schols said.

Maley also added that he was impressed with Kolev’s rebounding and making baskets in the second half, the latter of which he had been struggling with lately.

Maley said that the team had awesome practices the week of this game but need to be even more consistent with their effort and energy every day.

The Cougars won at Buffalo Grove on Tuesday and at Deerfield on Saturday. Their next game is on Friday at Fremd.