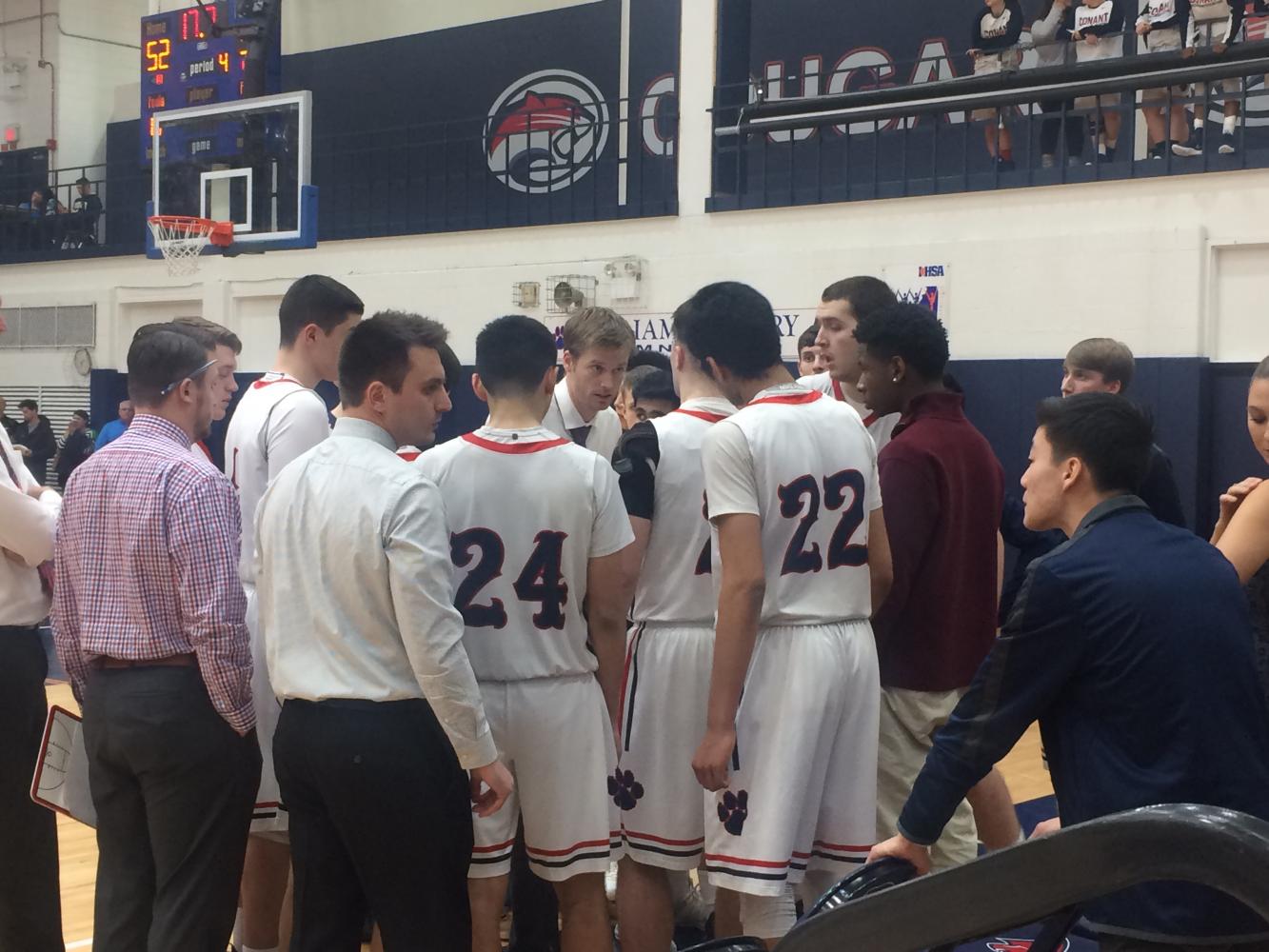 Coach Jim Maley (center) discusses his game plan with his team down by three points. The Cougars lost 57-54.

On senior night, Ryan Davis, ‘18, scored 35 points and had 14 rebounds. Despite that performance, Barrington fought their way to a 57-54 win over the Cougars.

Davis started off the game strong, scoring Conant’s first 11 points, and finished the first half with 18 points, seven rebounds, and two blocks. But a strong one-player performance was not enough to beat a Bronco team who came prepared to battle the entire game.

“Obviously [Davis] played pretty well, but the same thing happened when we were at Barrington. We got up six in the third quarter and right when it happened again, they called a timeout, and I said ‘this is exactly where we were last time, but they are not coming back.’ They did, and they did pretty quickly,” Maley said.

By the end of the third quarter, the score was 39-36 Cougars. With just over six minutes to go in the game, the Broncos gained their first lead since the second quarter and never relinquished it.

“I think conference is out of the question. But I told these guys: when I played, our team lost conference but ended up going down state. I know those guys who won conference would’ve traded that for anything, so hopefully that can be our next goal,” Maley said.

Davis said, “It’s just focus on State Tournament time. We got to play our best basketball at that time.”

The Cougars have four regular season games remaining, two of which are in conference. Their next game is at Schaumburg on Feb. 9.