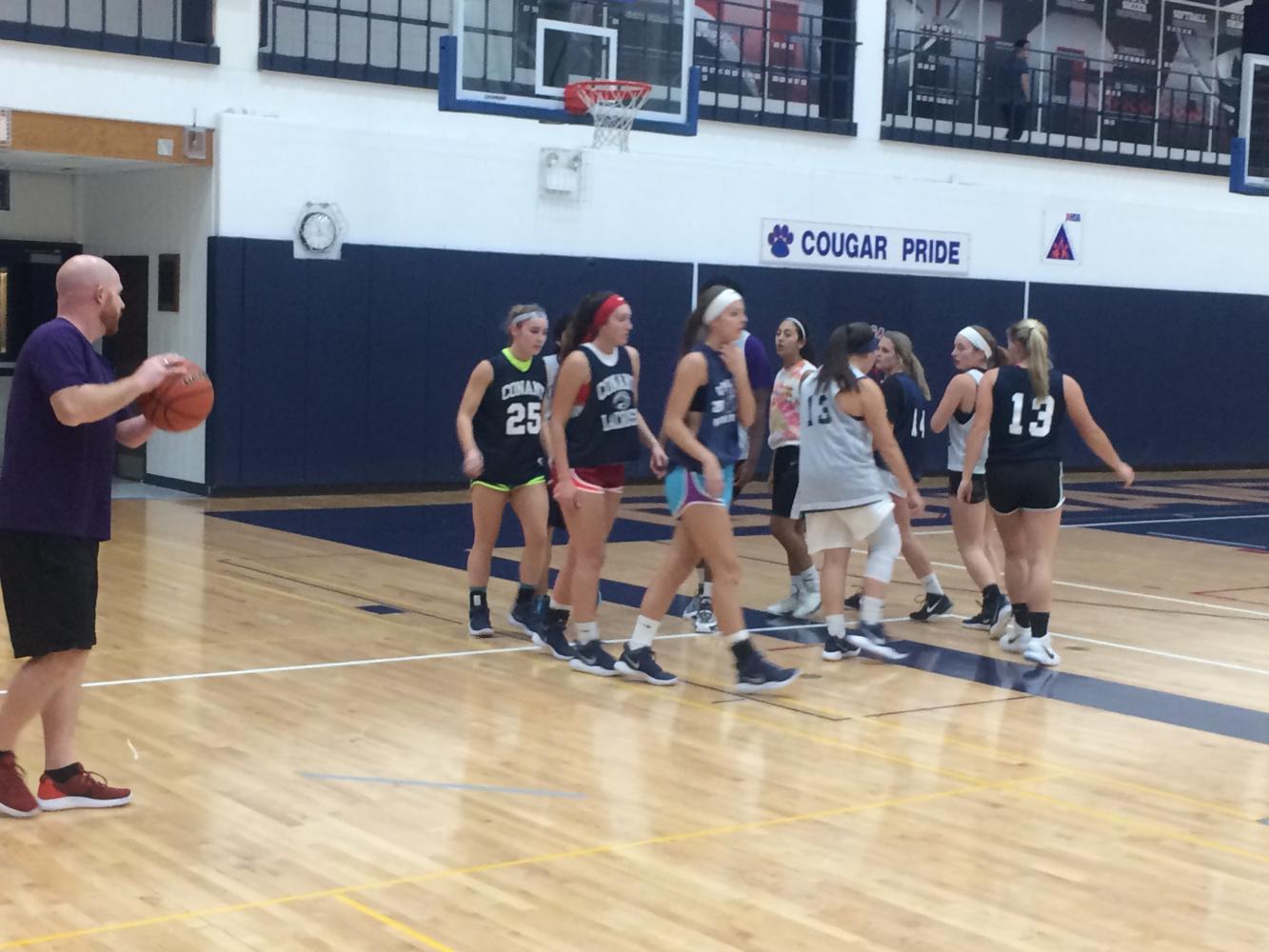 This year’s girls’ basketball team looks different. Not only does the team have eight newcomers to the roster, including two sophomores, but it also has a first-year head coach, Todd Strauch.

“I feel confident. I think we’re prepared,” said Strauch, who was an assistant coach on the varsity team last year and was promoted to head coach after previous head coach Deirdre Naughton moved to Colorado. “The girls have worked hard, and we just [have] to pay attention to little details and play together as a team, communicate, and [do] all the things we’ve done in practice.”

Most of the team currently does not have experience playing together. Stephanie Mazurek, ‘19, said, “[We] haven’t played together yet, so it might be hard not knowing how each person plays with each other and everyone’s strengths and weaknesses.”

The team does want to play fast on offense. Strauch said, “We got a bunch of girls on the team that can play, so why take our time? Push the ball in transition, get the ball up the court, and play as fast as we possibly can.”

The team feels like they can excel at playing in the post as well, and Strauch said that Chikere Oduocha, ‘20, will play a big part in that area of the court. “We like to throw it into the post [so] that we can kick it right back out and hit those outside shots,” Strauch said, who added that the team will run a four-out, one-in offense to take advantage of the fact that the team has so many guards.

“But the nice thing is pretty much everyone here is interchangeable, so it allows a lot of flexibility in what we want to do,” Strauch said.

The team starts play tonight at York for a four game tournament and will have their first home game on Dec. 7 against Palatine at 6 p.m.