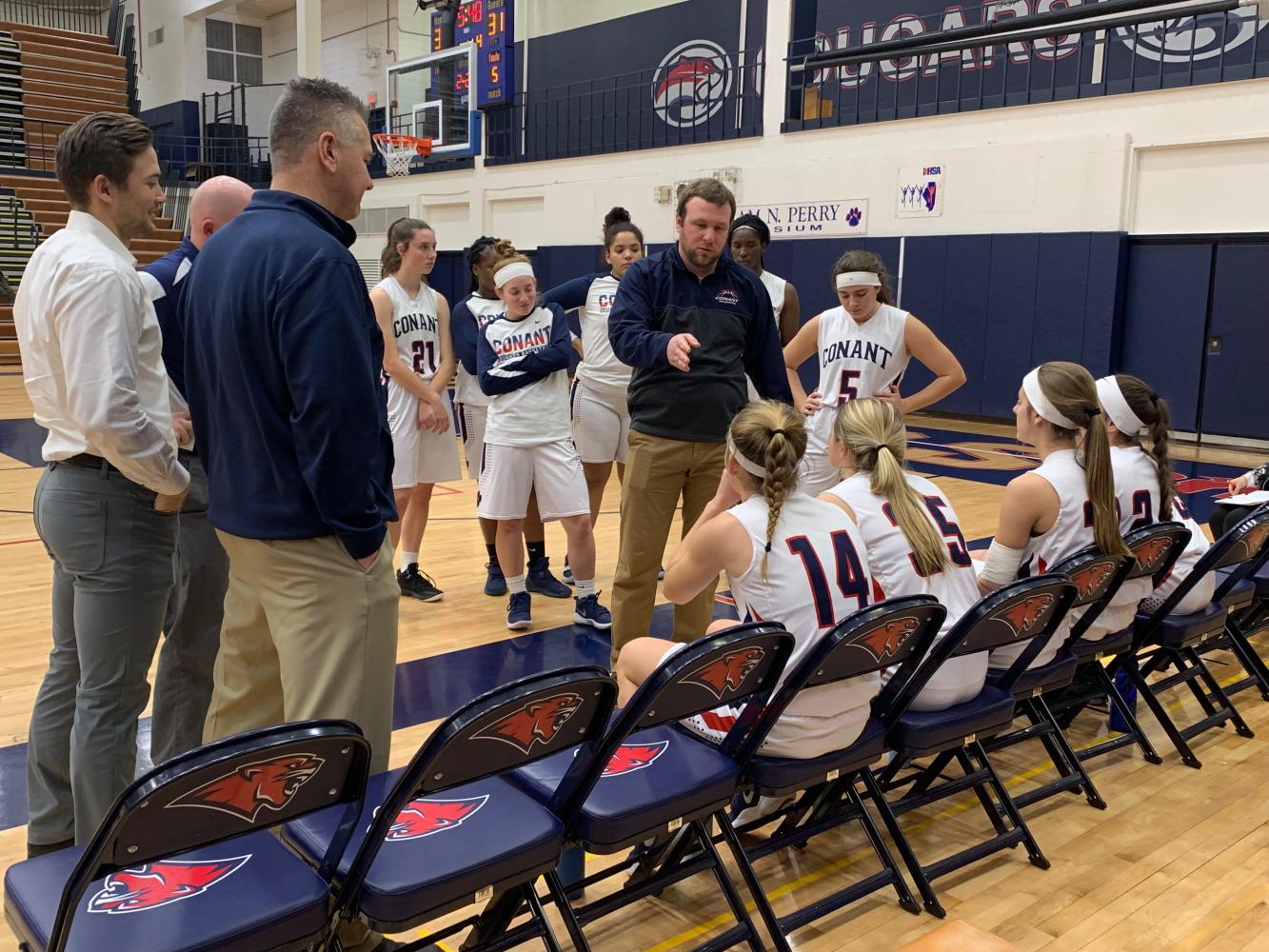 Head coach Todd Strauch discusses strategy with his players during a timeout. The girls’ basketball defeated Cary-Grove 44-33 on Saturday.

A strong defensive stand from the girls’ basketball team lead them to a 44-33 victory over the Cary-Grove Trojans at home on Saturday night. The defensive stand included the Trojans not scoring for almost 10 minutes during the second half, which allowed the Cougars to score 11 points in that span after being down 31-28.

Head coach Todd Strauch said, “We did a really good job of handling their pressure. Then Julia [Flaishaker ‘21] stepped through and made a great pass to Hannah [Shulman ‘19] for a layup, and-one, and then she finished it. Abbey [DiSalvo ‘19] had a great finish in transition, which kind of sparked us. We knocked down free throws at the end.”

Shulman, who is a captain and guard, scored a team-high 12 points while captain and forward DiSalvo finished behind her with 10 points.

The team has improved in their last two games, as they also won on Friday at home against Palatine. Their current record is 4-7.

“A lot of people are working harder in practice, and that’s correlating to games,” captain and guard Stephanie Mazurek, ‘19, said. Mazurek added that eight different players scored against the Trojans. “We’re doing better on rebounds and stuff and just playing together,” Mazurek said.

One tendency the team wants to work on is getting off to faster starts. Shulman said that the team hopes to accomplish that tonight, when they play at Schaumburg.

Mazurek said, “That’s a game we have to win.”