Maley one win from milestone after strong performance from Davis 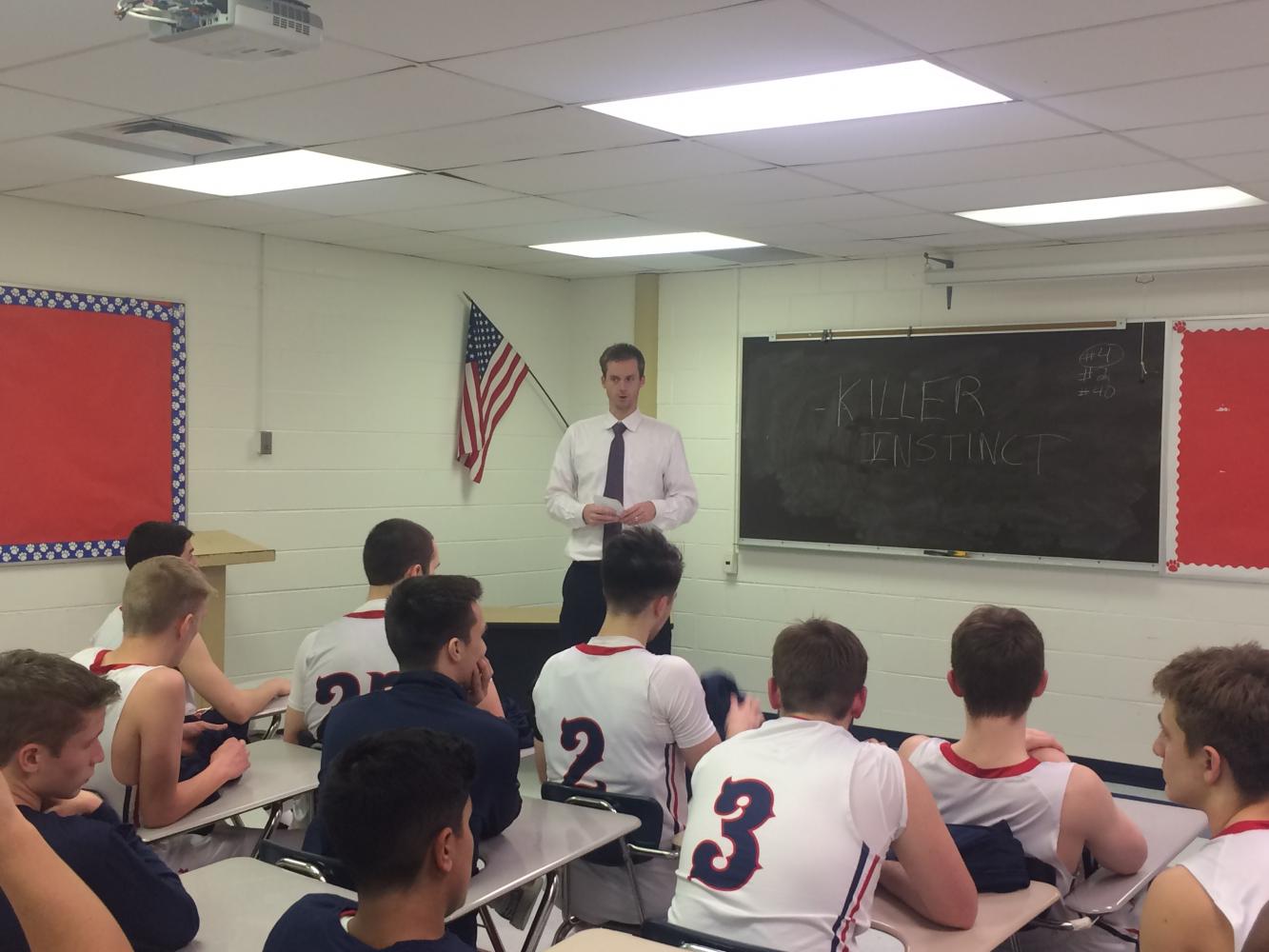 Coach Jim Maley talks to his team after a 72-47 victory over Elk Grove on Tuesday.

In a victory against the one-win Elk Grove team, Coach Jim Maley is now one game away from accomplishing a career milestone — winning 100 career games as a head coach. Maley amassed his previous 87 head coaching victories at Kenwood Academy and St. Laurence.

“It’s not really about me; it’s about the players that go out there,” Maley said. With the Elk Grove game being the 12th win of the season for the Cougars, he hopes that there are many more to come throughout his career at Conant.

“I’m on the end of it,” Davis said about his illness. “I was worse during the Barrington game. Tonight we really executed well; I got easy looks, teammates found me, and it made it really easy,” Davis said.

Maley said Davis’s health is getting better day by day but still had to sit out of some of Monday’s practice. He added that he should be at full strength on Friday against Hoffman Estates.

Maley said he was disappointed in the team’s defense on Tuesday. Particular skills he wants them to improve on is closing out, rebounding, and knowing where they’re supposed to be at all times.

The Cougars play at home on Friday night against their MSL West foe Hoffman Estates. The Cougars are 2-2 in conference play this year. They will finish the week out with a non-conference game against St. Patrick’s at home on Saturday night.

“We know Hoffman plays really physical, really tough,” Davis said. “This last week of practice, we’ve been really physical with the guys and just played hard. We’ve got to focus on ourselves.”