Boys’ basketball holds on against Libertyville 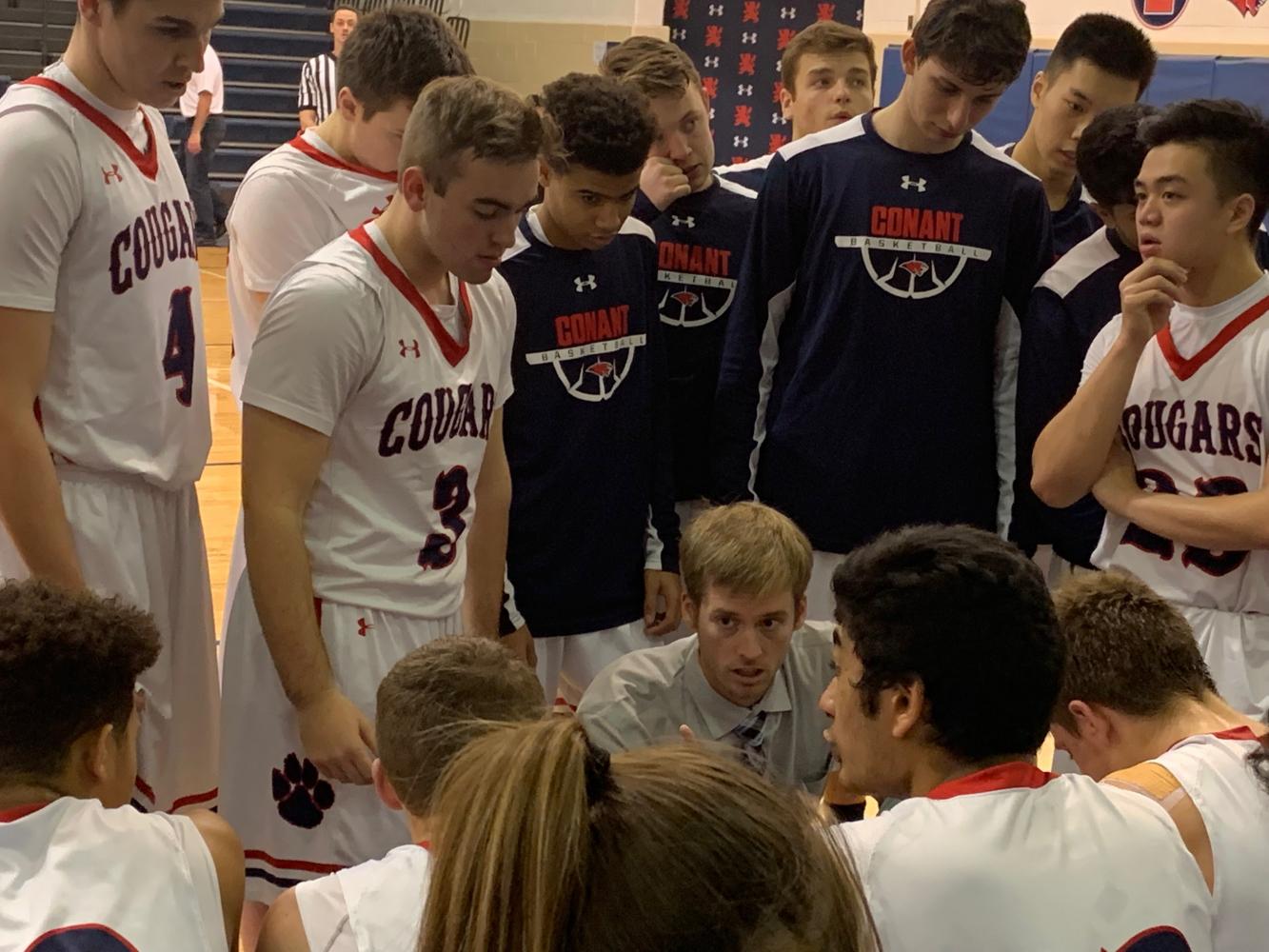 Head coach Jim Maley talks to his team during the game against Libertyville on Saturday at St. Viator. The Cougars won 44-39.

Last season, the Cougars lost twice to the Libertyville Wildcats. Both times, they lost in overtime, which included last season’s regional final that ended the Cougars’ season. Last Saturday, the Cougars found a way to beat the Wildcats 44-39 at St. Viator to finish their play in the Majkowski Classic with a record of 2-2.

“In the regional final last year, we were up big and we collapsed. I was having déjà vu, but this team stuck together and hung in there and made the the plays that we needed to down the stretch,” head coach Jim Maley said.

The Cougars never trailed during the game. They led 28-16 at the end of the third quarter. The Wildcats trailed by four or more points throughout the fourth quarter.

Captain and forward Raj Mittal, ‘19, who scored 21 points in the game, said, “There were many small things that made the difference. Guys made individual plays. We stepped up today [and] made free throws very late in the stretch. It was just the mentality that we brought to the game. We have to bring that mentality every time.”

Unlike last season, where the team relied heavily on center Ryan Davis, ‘18, and guard Ben Schols, ‘18, this team will need more of a team effort than in the past, according to Maley. “As we get more and more practice time, we’re going to get better and better, so I’m pretty excited for this group.”

Captain and guard Anthony Wachal, ‘19, who scored nine points, said, “We obviously don’t have the most talent on this team, but if we play as one, I think we can beat anybody.”

The Cougars struggled taking care of the ball during the game, Maley said. “[When] we took care of [the ball], we got good looks. When you turn the ball over, [it’s] just devastating you on offense,” Maley added.

The Cougars beat Prospect and lost to Evanston and St. Viator in their other Classic games. The Cougars will play their first MSL West game tonight at Hoffman Estates at 7:30 p.m.