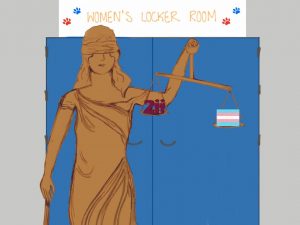 The Crier believes that D211 should grant transgender students unlimited access to the bathrooms and locker rooms that match their gender identity.

Recently, tensions rose even higher with two opposing lawsuits, one demanding unrestricted locker room access and one demanding no access at all. With multiple major media outlets shining light on how D211 approaches locker room access for transgender students, the controversy of whether it protects the civil rights of all students equally has drawn national attention.

The Crier believes that D211’s approach to locker room access discriminates against transgender students, who deserve unlimited access to their gender-identified locker rooms. As more Americans identify as a part of the LGBTQ community, and social politics become more liberal, D211’s position will place us on the wrong side of history.

Much of the controversy associated with granting transgender students full access to locker rooms stems from a lack of understanding of what it means to be transgender. Gender is not merely anatomy but is defined by how one thinks, feels, and identifies. Many transgender students undergo draining hormone treatments during their transition. At the same time, many students face harsh judgement from peers and sometimes even family members. Students who undergo the transitioning process have to fight through social judgements, all while trying to figure out who they are. Thus, the transition is by no means easy.

Even the process of requesting access to locker rooms is one that requires courage, as students need to explain their situation–one that could be uncomfortable for them to talk about–to multiple teachers and administrators. However, under the current D211 approach, after all that effort, the student will at best receive restricted access, equating to restricted rights.

Because few districts across the nation allow unlimited locker room access, few studies exist on transgender students in locker rooms. However, Media Matters, a non-profit progressive research center, conducted a meta analysis of districts that do allow unrestricted access. Their study concluded that such fear is factually unfounded.

The study looked at 17 school districts, which include over 600,000 students across the country, that provide unfettered bathroom and locker room access to transgender students. It shows there have been no reported problems with voyeurism or sexual harassment.

Furthermore, the approach D211 takes regarding locker room access isn’t an appropriate reflection of the community culture found in D211 schools. Conant, specifically, is a diverse community of students and teachers. Students of differing races, religions, and sexualities come together here and embrace their differences. Clubs such Cultural Awareness and Sexuality and Gender Alliance (SAGA) celebrate the individuality of our student body. Conant and other D211 schools embody an environment of acceptance; however, their approach regarding transgender locker room access reflects the opposite. 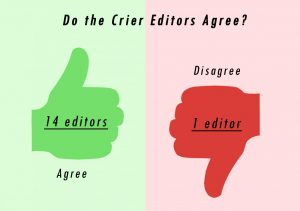 Many other schools across the country have already made the transition to a more progressive policy. While these school districts step forward, D211 stays stagnant. It’s time for D211 to progress with the changing times and uphold the civil liberties of transgender students.

Editor’s Note: This article originally used phrasing to suggest that D211 has a set policy on access to locker rooms for transgender students. D211 does not have a policy; instead, it treats each request on a case-by-case basis.