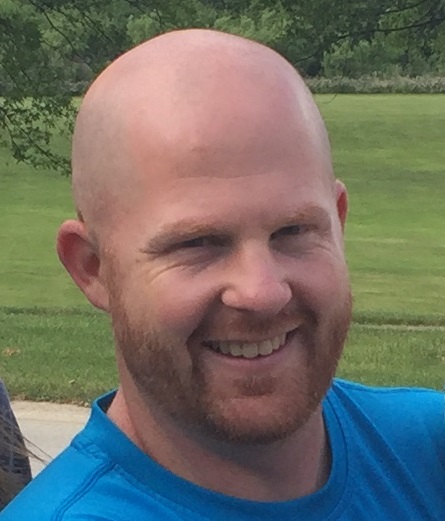 Drew Shulman, who was born without a left hand, was a four-year, three-sport athlete at Elk Grove High School. He is now the girls’ sophomore basketball coach at Conant.

Due to a congenital birth defect, head sophomore girls’ basketball coach Drew Shulman couldn’t tie his shoes until the fourth grade. The defect, which caused Shulman to be born without a left hand, never frustrated the once three-sport athlete from Elk Grove High School. As an athlete, Shulman made a difference to his team through his leadership, and still does today as a coach, according to his colleagues and players.

As an athlete, he wouldn’t give up

Shulman got into sports because of his parents. “They pushed soccer at the beginning. I loved it. I loved the competitive nature, and it just grew from there,” he said. Shulman then started playing baseball and basketball and was allowed to play football starting in middle school.

He had to make his own adjustments to play with everyone else. In baseball, he played like former MLB player Jim Abbott, who was born without a right hand. Shulman caught and threw with the same hand by taking his glove off in the process. In basketball he would have to drive to the right hand side.

“I didn’t know any different, so there was no coping needed. I learned everything as everyone else did,” Shulman said. He added he had to learn skills a little slower, but knew he would always learn them.

This philosophy served him well one day at basketball practice when his varsity coach, Steve Messer, told his team that if they couldn’t drive to the left side of the basket with their left hand, they would be off the team. He asked each player on the team to demonstrate.

Messer said, “I wasn’t thinking about Drew when I said it. So Drew comes up right to the rim and pushes it off his thumb right into the basket. He didn’t complain; he didn’t make a big deal. He just pushed it off his thumb, and it went in.”

Shulman played football, basketball, and baseball all four years in high school. He was named Inspirational Athlete of the Year at the FOX Sports Net Sports Awards in Chicago in 2000. At the event, Shulman said, he met many famous Chicago sports figures, including former Bears quarterback Jim McMahon.

Messer didn’t think Shulman was going to make the varsity basketball team as a junior. But Shulman’s competitive instinct, his work ethic, and his knowledge of the game got him on the team. Messer was impressed not only with how Shulman accommodated his disability, but also with his speed.

Even though Shulman was able to make up for his disadvantages, it never led to him being a star player in terms of statistics. Instead, Shulman made a difference for his teams through his leadership.

Messer said, “A couple of times we had struggled a little bit, and I would be talking to the coaches. We were ready for a pre-game speech and I walked in and he was talking to them about his own version of what needs to happen. He would do it in the right way, too, so the kids were having fun and laughing. But there was something positive and instructional of what he said as well. He did that. I didn’t tell him.”

Messer added that when you tell most kids to be a leader, they just yell at the team. Instead, they need to provide them a shot of energy, which Shulman did while giving his team advice.

Shulman said, “I am always very competitive, and I usually knew what needed to be done, so I passed that information to my team. Is that being a leader? Sure, not in the usual sense of dominating a game. I was more of a vocal leader: give me the ball and ‘follow me’ leader.”

Messer also said Shulman was always confident in himself and didn’t allow his disability to get in the way.

Shulman said, “I always had confidence in my success, both as a team and as a teammate.”

Shulman went to Carroll University to play basketball but stepped away from the game after he had his first daughter, Hannah, in 2001. Hannah is now a junior at Conant and plays on the basketball team. Shulman went on to finish his degree in mathematics and completed his PhD in mathematics in 2011 at the University of Illinois-Chicago. He has been teaching there as a lecturer ever since.

Shulman said he loves his schedule. He teaches only in the morning, which allows him the time to coach girls’ basketball. He started coaching at Conant in 2009 as a freshman boys’ assistant. He then moved to the girls’ basketball program in 2011 as the freshman head coach and then to his current position in 2013.

“I think the thing the stands out most with coach Shulman is how hardworking he is. It is easy to follow him as a leader because you know he is putting in the time to get better himself. He is vocal but will listen to your opinion and take it into account. These attributes make him a strong leader,” assistant girls’ basketball coach Todd Strauch said.

For the past three years, Shulman has had the fortune to have his daughter Hannah play basketball at Conant. Just like her father, Hannah is also a three-sport athlete.

Hannah said, “He can talk to us so well, and he’s so inspiring. I think we all learn from him. I know my friends say they really enjoyed him as a coach, even though he’s hard on us.”

Shulman has three more kids coming through Conant in the future: Marissa, age 10, Julia, age 7, and Matthew, who is 15 months old.

For his future, Shulman said he will continue to help grow girls’ basketball, which has seen their numbers grow, especially in the feeder program.

Strauch said, “Shulman is a great coach, athlete, and friend that doesn’t let anything stop him from reaching his best.”