Disney Princesses are Stealing Our Money 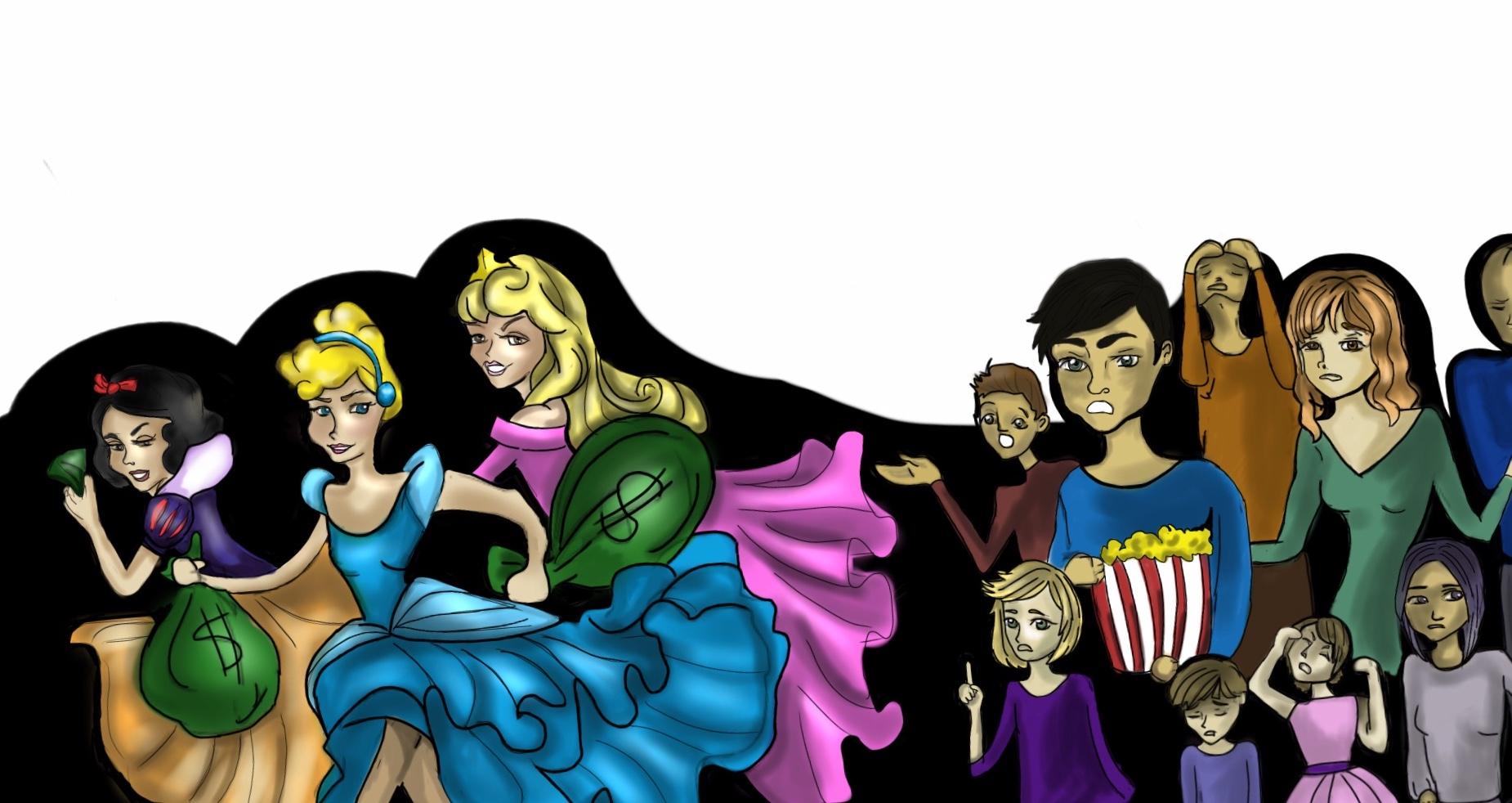 All of the Disney live-action movies are well known stories. Why do we keep on spending money to watch them?

Disney is the mastermind of masterminds.  This incredible company has created movies of timeless tales of princesses, heroes, and heroes to be.  Kids and adults alike spend hours upon hours watching the movies, strolling around the parks, and daydreaming about what it would be like to actually be one of the characters.  And along with that, we also spend gross amounts of money to enjoy all the products that Disney has to offer.  Disney is an extremely creative company and has monopolized much of the entertainment industry.  However, they’re also the cunning masters of finding the best ways to milk the biggest profit from their adoring fans from all around the world.

Just recently, Disney came out with a sparkling live-action rendition of Cinderella.  The classic story was received with much love and enthusiasm from its audience.  Last year, Sleeping Beauty’s tale took on a whole new live-action side with the antagonist’s point of view in Maleficent (2014).  Let’s not forget Into the Woods, starring Meryl Streep.  And for the past few months, the internet has been buzzing with excitement from a couple of new announcements: Mulan AND Beauty and the Beast are joining in on the live-action movie fun.

I’ll admit it, I’m a huge sucker for Disney movies, especially ones with beautiful princesses and plenty of singing.  Just imagine my excitement when I heard that Maleficent would be played by the amazing Angelina Jolie, and try to picture the time when I practically swooned upon hearing that Anna Kendrick was starring in Into the Woods.  So why do I feel like Disney is trying to steal all my money?

Think about it.  Disney will be adding new products to their stores and parks to accompany the new movies coming out.  They’ll add new rides, new meet-and-greet characters, and whatever else they can think of to get extra cash.  People will flock to the Disney Parks and Disney Stores.  And of course, never forget the amount of movie tickets that will be sold and totaled to startlingly high amounts in the box office.  All of these things will cost money for us, the general public.  And all of this money will go straight to Disney’s personal money bag.

Disney is smart.  What could possibly be so exciting about watching movies that are just repeats of the animated versions?  All of these live-action movies are based upon the Disney fairy tales that we’ve grown up reading, playing, and watching.  I’ll bet that most of us have some kind of favorite Disney movie, Disney toy, or Disney World memory.  Of course, we’d all storm the theaters when we hear that our favorite Disney movie will be recreated with live actors.  We even join in on the hype and pay for tickets to see a movie that we already know the outcome to.

I’m not sure how I feel about all of these new live-action movies.  I know that Disney is not just creating live-action movies because they think that we’d love to watch them.  They have an ulterior motive of earning whatever profit they can by producing movies that they know we will love.  I might reconsider watching all of these movies in the theater, because I’m not sure if they are really worth watching on a big screen when I know how they will end. Library loans seem like a much better option to me.

Comment below or tweet us @conantcrier and tell us what you think about all these new live-action movies.  Also, check out our Entertainment articles on Mulan and Cinderella to see what all the hype is about.

Christianna is a senior, and this is her second year as an editor for the Opinions section. She is involved in activities like the Conant Band, Drum Line, Girls Badminton, NHS, and Tri-M. Christianna enjoys anything involving the Marvel Cinematic Universe, Disney, Chipotle, and YA novels.