College Bombs: Is College Really Worth It? 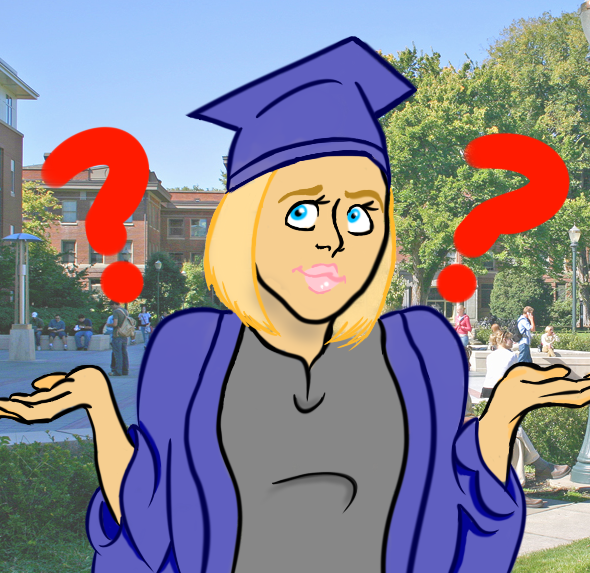 Does College cost more than it’s worth?

For generations of Americans, the word “college” was more or less a synonym for success. We had only to go. We had only to graduate. And if we did, according to parents, high-school guidance counselors, everything we heard, and everything we read, we could pretty much count on a career, just about depend on a decent income and more or less expect financial security. A diploma wasn’t a piece of paper, it was an amulet.

There are students everywhere whose only goal is to attend college. Since the day some kids are born, all they care about is the A, AP and ACT score, and class rank. As today’s college costs skyrocket, as college graduates struggle to find jobs, we begin to wonder, is college actually worth it?

A complicated question, a simple answer: yes, it is. According to a New York Times article, for all the struggles that many young college graduates face, a four-year degree has probably never been more valuable. The article also states that Americans with four-year college degrees made 98 percent more an hour on average in 2013 than people without a degree. This data is up from 89 percent five years earlier, 85 percent a decade earlier, and 64 percent in the early 1980s. That’s one of the simplest reasons as to why you should attend college: to land a good paying job when you’re older.

But what about all the hidden incentives? These are the life skills we learn in college. College is when we learn who we truly are. We learn what it really means to be an adult out in the big, scary real world. During their classes, college students often develop the reasoning skills needed to make life decisions, ranging from buying a home to helping their children choose their own college. In fact, studies show that college graduates are more likely to have children who also complete a college education. Other advantages of a college degree may include improved self-discipline, study habits, and cooperative behaviors that can be applied to career projects and tasks.

Education determines an individual’s lifestyle. By going to college, a person can pick what home he/she wants to live in, what car he/she wants, and what places he/she will visit on vacation. Among other things, a college degree can determine whether a family will go to Disney World or Lansing, Michigan for summer vacation. It’s simple enough.

I’ve painted this wonderful picture of college for you, but there is a downside to all of this. The purpose as to why we ask ourselves if college is worth it: the cost. The cost of attending a four year university has risen by over 200% since 1990. This whopping number is faster than inflation! Students can still receive scholarships to try to pay for a portion of college, but even these students leave with a mountain of debt after four years. Financial aid is always there, but not for everyone. Affordable education to all is one of this era’s greatest challenges, but what will we do about it?

For starters, President Obama is currently trying to implement a legislation that will make the first two years of community college free for all United States citizens. However, that doesn’t help the students who want to go to those Ivy League schools or other four year universities without transferring.

Many suggestions are being offered to combat the issue. Some individuals have brought up the idea to start free online education. Others say that citizens should pay a progressive tax in order to make college cheaper in the future. Additionally, there are many who believe in awarding retroactive degrees, primarily to students who were seeking but did not complete a bachelor degree, and who may have satisfied the requirements of an associate degree. All of these solutions are plausible.

When discussing the debate, the benefits do outweigh the negatives. Getting a college education is important in order to succeed. Knowledge is the lock and college is the key. With college, we can unlock the doors to limitless knowledge and know whatever we wish to know. College is definitely worth that.