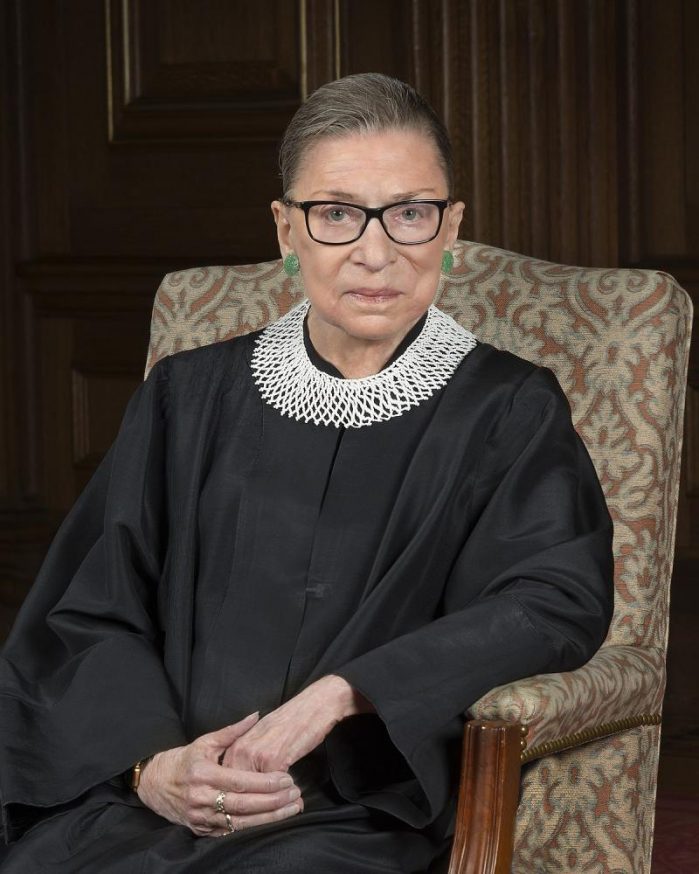 from The Supreme Court Historical Society under fair use

In recent weeks, people across the nation grieved the loss of Supreme Court Justice Ruth Bader Ginsburg. She was also known as a champion for race and gender equality and cultural icon. In tribute, Crier spoke with Conant staff and students regarding their thoughts and emotions in light of RBG’s recent passing.

I was quite sad hearing about RBG’s death, I agree with many of RBG’s views on varied topics and support her. Yet at the same time, I was worried about what would come to our society. With RBG’s death, there is bound to be someone to come and replace her sooner or later. This person will be chosen by President Trump and is certain to have the same political and societal views as him. Not to be disrespectful, but I don’t agree with many of our President’s opinions. If another supreme court justice replaces RBG, the probability of many of the rights that groups like LGBTQ+ have won might be overturned. I personally feel that RBG has done a great deal for women’s equality. As an advocate for women’s rights, RBG has fought for countless cases over the years that have done so much for women, such as the right to abort, equal pay, and women’s admission into schools. These are only some of the issues that RBG has resolved for women – there are countless more rights she has won. This is why, for me, RBG will always remain in my memory as a prominent and influential leader for the women’s rights movement.

The moment I found out about RBG’s passing, a wave of emotions hit me. I felt grief, sadness, and fear all at once. I mourned with everyone else after seeing various Instagram posts about RBG. It’s hard to predict what comes next, which is what struck fear in me. It was empowering to witness her be this strong and impactful leader, especially AS A WOMAN. She strongly advocated for women’s rights which soon led to the rights of the LGBTQ+ community. Her advocacy has been inspiring to me because I want and WILL use my voice to speak out and fight like she did.

With any loss of life it can be difficult to cope, and especially with someone who has done so much good in her time, seeing [Ruth Bader Ginsburg] pass was really disheartening. I was also really upset that right after she passed away, the discussion quickly turned to who would replace her as the next justice. I don’t think even a day passed before news stations started covering who Trump’s new nominee could be, and the fact that people didn’t give this passing the respect she deserves was really frustrating. RBG has done so much in her life, getting to a position of such high importance even against the odds. I have an older sister and I know for a fact that RBG has inspired her to pursue what she wants in life regardless of how the odds may be stacked against her. RBG will forever be a role model to this world and what she has done with her life is an inspiration to all. Her outlook on many political topics and ideas worked to benefit as many people as possible. Her voice was an extremely pivotal part of the supreme court and honestly she’s helped ensure democracy in even the toughest of times. It’s something I’ve always respected about RBG is how her outlook on the world reflects that she believes in a truly equal and free nation. Even though RBG has passed away, her ideas must remain present in society.

RBG was definitely an icon of the 80’s and 90’s, especially in the law world, so to that generation of people alongside the current generation fighting to empower it was a massive loss when RBG died. I really think RBG alongside others like MLK and Malcom X really embodied the way we seek empowerment, whether it be to fight for equal rights, to voice opinions in politics, or to just have day-to-day confidence in our decisions. 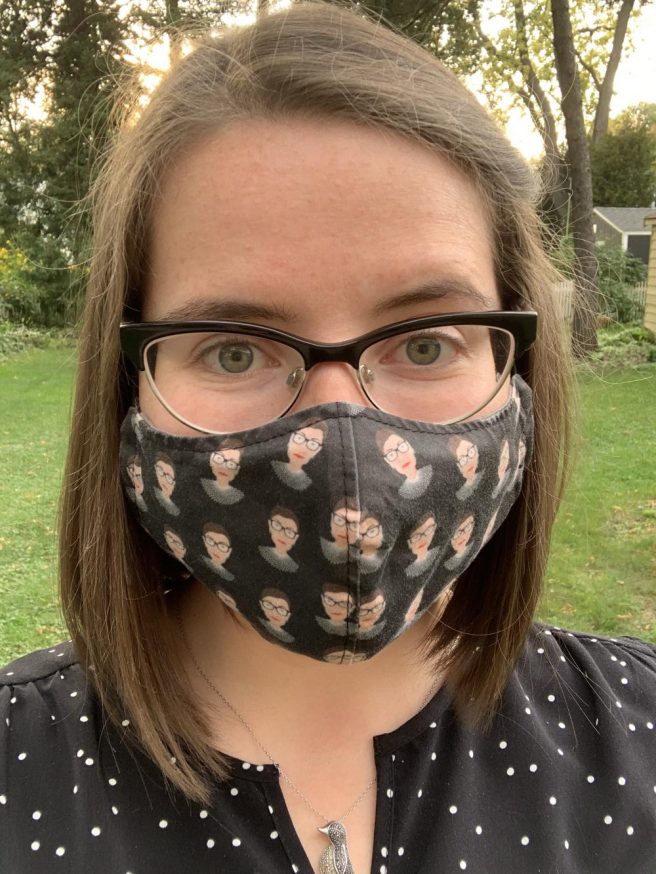 My initial reaction was absolute disbelief. In my mind, RBG had survived through so many setbacks and health concerns that it felt like she would always persevere. After reminding myself that she was 87 and had endured more than her fair share of pain, I just felt numb. So many thoughts were racing through my mind about what a world without RBG would be, who could ever possibly fill her petite shoes, and what does all this mean in an election year of this magnitude? I wanted to feel sympathy for her family, but my sorrow seemed to extend to the country as a whole.

Ruth Bader Ginsburg was confirmed and sworn in to the Supreme Court of the United States the week I was born, so she has been a constant figure my whole life. While she wasn’t the first woman to preside over the highest court in the land, she was the most notorious one so far. As a woman, so many facets of my life can be attributed to RBG’s work as a litigator. Because of her efforts I could attend practically any college I wanted, I can access all the benefits my employer offers my male colleagues, I was able to rent an apartment when I moved, and I could open my own credit card without a male co-signer. Personally, she showed me that rather than complaining about problems we face, we need to fight back.

As a member of the Supreme Court, her work continued to showcase her persistence through the bevy of dissents she published throughout her time on the bench. I found her writing to be eloquent and quotable, like so many others. My generation grew up with her as a leader and trailblazer, even if we didn’t know her well before she was called “Notorious RBG.” She has been an icon for people in my generation because of her resilient personality. She has inspired workouts, fashion trends, and reminded us that we don’t have to agree with everyone, but that doesn’t mean we can only be friends with like-minded people. Her friendship with Justice Scalia was a mystery to so many, but one that I feel the world needed to see. One of the most important contributions she made to the court that will resonate with my generation and the country/world was the vote for equal marriage in 2015. Now my friends and students can marry partners they love regardless of gender. It was a huge step for human rights, albeit one that is still being contested today.

Overall, Justice Ginsburg not only demonstrated that a woman could aspire to be more than a housewife, she also made it so men didn’t have to solely be the breadwinner for families. RBG pushed boundaries. She fought for what she believed to be just. Her battles were for the benefit of others, not just her clients. Her legacy is one of honesty, justice, and humanity. She truly left the world a better, more equal place that she found it. I hope that her death may be a blessing to those she knew and those who looked up to her.