‘Great Pretender’: A Crime-Comedy anime worth your time 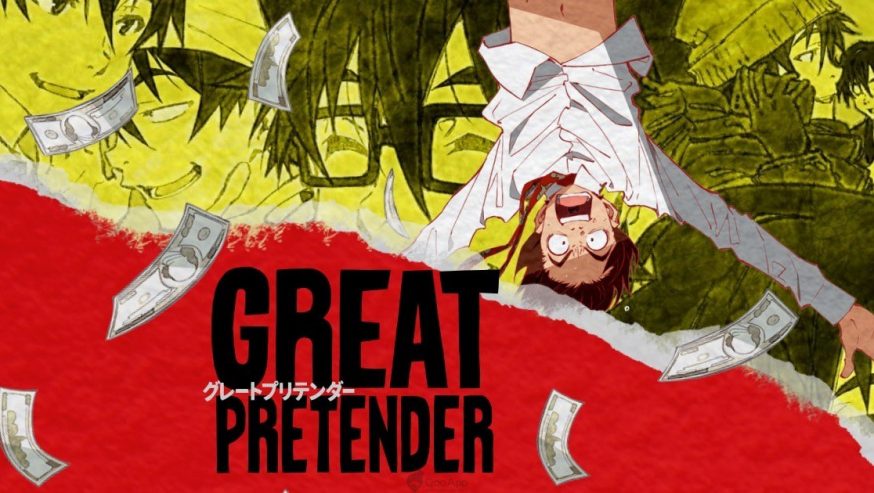 Under Fair Use from Animefice

Boredom has to be one of the toughest obstacles students have been facing since quarantine, but for student anime watchers, you are in luck. The new anime, “Great Pretender,” is exciting and worthwhile.

All Makoto “Edamame” Edamura wanted was to pay for his ill mother’s medical bills, but he ended up living a life of crime — pick-pocketing, scamming, and stealing from others for a living. That was all he knew, after all, and Makoto didn’t think anything would change.

During Makoto’s usual schemes, he attempts to cheat an apparently clueless tourist, but he realizes that he had been tricked instead. Someone had stolen all of his money and suddenly the police are after him.

While on the run, he bumps into the suspicious tourist once again, who claims to be a con man named Laurent Thierry. Makoto feels the need to challenge this man. So he follows Laurent to Los Angeles and challenges Laurent—his new rival—to determine the greatest con man.

Jumping from city to city and from scam to scam, “Great Pretender” follows the adventures of Makoto alongside the slick and mysterious Laurent and his colorful allies — Cynthia and Abigail — in the world of high-stakes fraud and in this world, you must break the rules of the game. Makoto soon realizes that he was pulled into something bigger than before as his scammer skills are constantly put to the test and pushed to the limit.

“Great Pretender” had me invested the entire time. When critics call this anime high-stakes, they mean it. The strategy in every scam is so fascinating that sometimes you have to try to figure it out yourself. The viewers must pay attention to details, and that’s what makes it that much more immersive. My favorite scenes were when characters carried out the scams.

Apart from the exciting story, “Great Pretender” also dives into deeper themes like relationships, past mistakes, and memories. These captivating flashbacks are where you really get a taste of how each character came to be.

The animation and graphics were lively and unique, especially the scenery. Sometimes there would be a whole frame of the city Makoto was in, and the way the animators colored these frames was very stylistic. Different hues were incorporated into every space and object. Subtle details like this brought even the little things to life — making the anime ten times more entrancing!

The character design was just stunning and diverse. Characters were funny, dynamic, and colorful, especially Laurent and Makoto. Each one had a well-developed personality and backstory. For instance, at the beginning of the first episode, we got a glimpse of what Makoto had been through in his past with his sick mother and his financial issues.

He struggled with choosing honest work over deceitful work. This instantly gives the viewers an idea for all his actions and what his motives are. Because of that, each time a new character was presented, I desperately wanted to know their motives and backstory.

I always look forward to soundtracks because they have a big impact on the scenes and the whole anime. The best soundtracks are the most memorable. This one was impressive but didn’t really do it for me. I needed a little more variation. It felt like the same two songs were being played: one upbeat action-packed song and then one sad song.

Thankfully, there were a few English songs. Most of the time, the songs are in Japanese, of course, but listening to something I could understand was nice and completely changed the mood of some scenes.

One of the characters, Cynthia, had a song connected to her past called “Someday” by YVY ft. Emarie. One lyric was “I can’t shake this feeling of loneliness.” This lyric really portrayed the sadness Cynthia felt in her past and made it easy to sympathize with her. The instrumentals were the perfect touch. Saxophone and piano incorporated into the background gave the anime a jazzy feel.

Overall, this anime is pretty dramatic, but it’s a good type of dramatic. The drama made it much more entertaining and hilarious. I would definitely rate this a four out of five stars and recommend this to people that like a good action-packed crime show, but also to those that like a bit of comedy too.