Are righties given the upper hand? 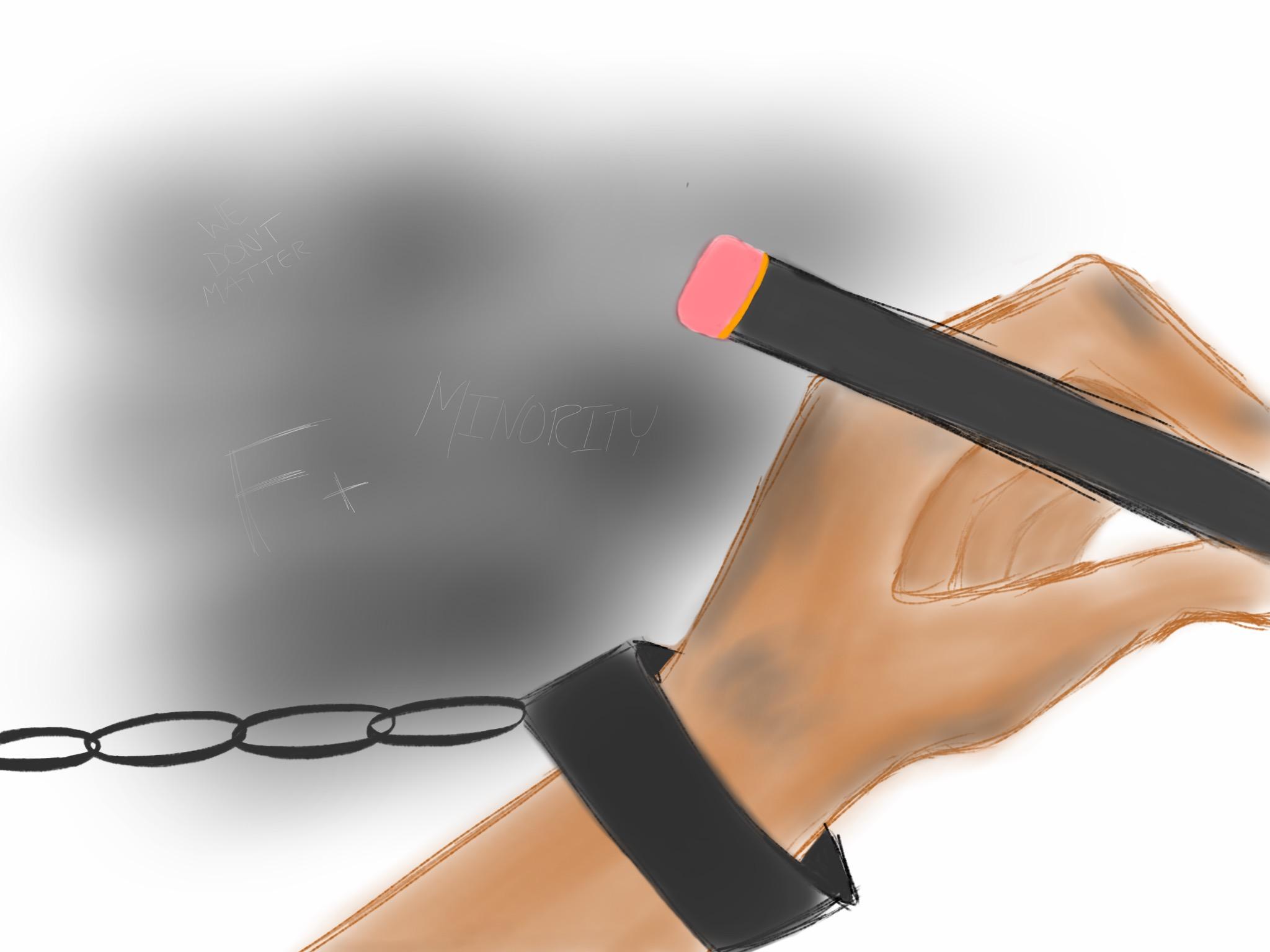 Do lefties have educational handcuffs?

Imagine being left-handed and sitting in math class with the teacher speeding through notes. You scribble them down as fast as you can. However, graphite accumulates on your hand and smears the equations as you write. The teacher spurs on, and you try to rewrite the smudged words but struggle to keep up because there is no place on the desk to rest your elbow while writing. You end up having to get notes from one of your many right-handed classmates. Perhaps this doesn’t seem like much of an issue, but it is a daily struggle that left-handed students face in an education system dominated by righties.

According to ABC News, only 10% of people are left-handed in the U.S., classifying “lefties” as a minority at school. Though schools make an effort to accommodate all of their students, how does being left-handed affect one’s learning at Conant?

How does Conant accommodate lefties?

The inherent struggles of being a lefty are obvious: spiral notebooks, scissors, thumb wrestling and handshakes. However, accommodations should level the educational playing field for lefties. To make the daily grind easier, lefty desks and other specialized equipment should be provided.

According to assistant principal Dr. Robert Small, Conant makes every effort to satisfy the need of any student that walks the halls. He said, “Left-handed desks are provided upon request. We would be willing to do things for a left-handed student to better their learning.”

He said that for the estimated 200 left-handed students at Conant, there are a sufficient number of “lefty” desks available for any who request it. In the classroom, teachers don’t seem to mind lefty desks or other necessary accommodations as long as they help students learn. On the baseball field, Conant also supplies left-handed gloves and other sports equipment for students who need it.

There is apparently no advantage for right-handed students over lefties, whether it’s inside the classroom or out of it.

What do the students think?

To fully understand the left-landed minority, you must walk in their shoes, or, write with their pens. Although many accommodations are made at Conant to optimize left-handed learning experiences, not all lefties feel represented. Sophomore Pooja Shah said, “The fact that I had to get used to a right-handed desk instead of having a left-handed one available to me from the start shows that Conant is unaware of the lefties.”

She said that even though the administration offers lefty desks, she finds it inconvenient to request one, and other students would, too.

However, sophomore Allison Zhang said that she thinks even without lefty desks, Conant does a fair job at representing the “southpaws”. In terms of classwork, Zhang said the iPad has also made things easier for her.

Along with the reversed desks, iPads are considered a classroom accommodation that benefit lefties. They’ve helped lefties get passed the smudged writing and inky hands.

Past the smeared notes and lost thumb wars, Conant works hard to ensure that lefties are allowed every opportunity their right-handed companions have.

Only 10% of people nationwide can say they experience the struggle of smudged ink on their palms after writing. To all left-handed students and staff at Conant: wear your ink stains with pride.