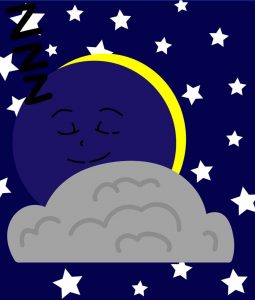 The average teenager needs about nine to nine and a half hours of sleep a night in order to be healthy, according to both of the Conant psychology teachers, Vaishali Tajpuria and Jennifer Stearns. Yet most find themselves getting only around far less than the recommended amount.

This pattern of not getting enough rest has impacted students in negative ways, such as not being able to pay attention in class and getting lower test scores. Teenagers should realize the benefits of a full rest. It may seem hard to get back on track to a healthy sleep pattern, but there are several different ways to readjust back to it.

It’s easy to spot students who haven’t slept the night before school. “You guys get an average of four and a half hours of sleep when what you really need is nine and a half,” Tajpuria said. “I see my students playing games in my class and asking the same questions a million times with bags under their eyes.”

It’s no secret that students don’t make time for their sleep, whether it’s because of homework or general laziness to get tasks done in time.

Both Stearns and Tajpuria highly recommend prioritizing. This means taking the time to finish whatever needs to be done first. Once homework and chores are finished, more free time to sleep is available. Motivate yourself by listening to music while you work, or think about what you could do afterwards to relax.

But if you’re feeling really tired, a nap is acceptable. Stearns recommends a 15 minute nap at most. Tajpuria also said a longer nap is not healthy. “If you nap for a longer time period, then you’ll cut into your nighttime sleep and wake up feeling even more tired,” she explained.

People may want to pull all nighters get as much work done as possible, but Tajpuria dubbed it as the “worst idea ever.” “In order to do higher level thinking for things like taking a test, you need sleep,” Stearns said. “You’re supposed to use the spacing effect, where you study a little bit each day over a long period of time.”

How to fall asleep easier

For some students, it’s not so much laziness that plagues their sleep schedule, but actual difficulty in falling asleep themselves.

Melynda Meyrick, ‘17, said her sleep schedule is in shambles. “Little sleep makes it hard to function throughout the day, which causes a chain reaction,” she explained

Both teachers agree one way to fall asleep easier is to put the electronics away an hour before bed. The artificial glow from screens tricks people’s brains into thinking it’s daylight, which causes them to be awake longer than need be.

Tajpuria said that before heading to bed, “wind down; do things that can relax you before you go to sleep like reading [but] nothing too mentally intensive.” Some other things to do before bed are meditating, writing, and praying.

Caffeine should also be cut back, especially after noon, Tajpuria advised. Instead, caffeine can be replaced with chamomile tea, suggests Stearns. According to Natural Remedy Ideas, chamomile tea has been linked to being a good calmative when people suffer bouts of insomnia.

While it may seem like there isn’t enough time to finish schoolwork and get enough long, peaceful sleep, it shouldn’t be neglected. People, especially teenagers, need sleep to develop and become more prosperous and healthy.