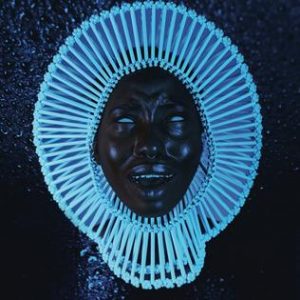 While first time listeners to Gambino may not think anything of the style of music, long-time listeners will be a little bit startled when they first hear the album. He completely has gone away from the style that he started his career with.

Gambino has ditched the southern rap and pop that he used in his first two albums, “Camp” and “Because the Internet,” for full-time singing, and has gone from contemporary production to throwback. His new music recalls the 1970’s funky R&B before hip-hop. Gambino focuses more on his voice, which is more soothing than his earlier albums that had a more aggressive sound.

While there are many ways Gambino implements his new style of music, the most effective and noticeable way is the instruments he uses throughout the album. He uses a delicate xylophone on “Terrified,” and “Redbone” builds from a slow jam into a peak of futuristic guitar and forceful piano chords. Also, the electric guitar in “Me And Your Mama” does a extraordinary job of opening the album and establishing the funky R&B mood.

This new style also allows Gambino the opportunity to put more meaning and messages in his songs. As a rapper, he never really made a song about anything. There rarely was ever meaning behind the rhymes and punchlines. But now that his music is more slowed down and less aggressive, his true lyrical genius can come into play and help deliver the messages he wants his listeners to pick up.

For example, in “Have Some Love,” he tells the listeners to really love and care for one another. Also, in “Boogieman,” Gambino confronts racist assumptions that lead to rising violence. Lastly, in “Stand Tall,” Gambino picks up where many soul and R&B artists before him left off, calling for self-reliance and unity.

Overall, “Awaken, My Love!” has allowed Gambino to find his place in the music industry. This R&B mix with soul is the type of music Gambino excels and prospers in, and since no other current artists really produce this kind of music, he has a genre all to his own. He has finally found his niche after years of searching and experimentation.

“Awaken, My Love!” has 11 songs can be purchased on iTunes or wherever CD’s are sold. It also can be streamed on Spotify and Apple Music.